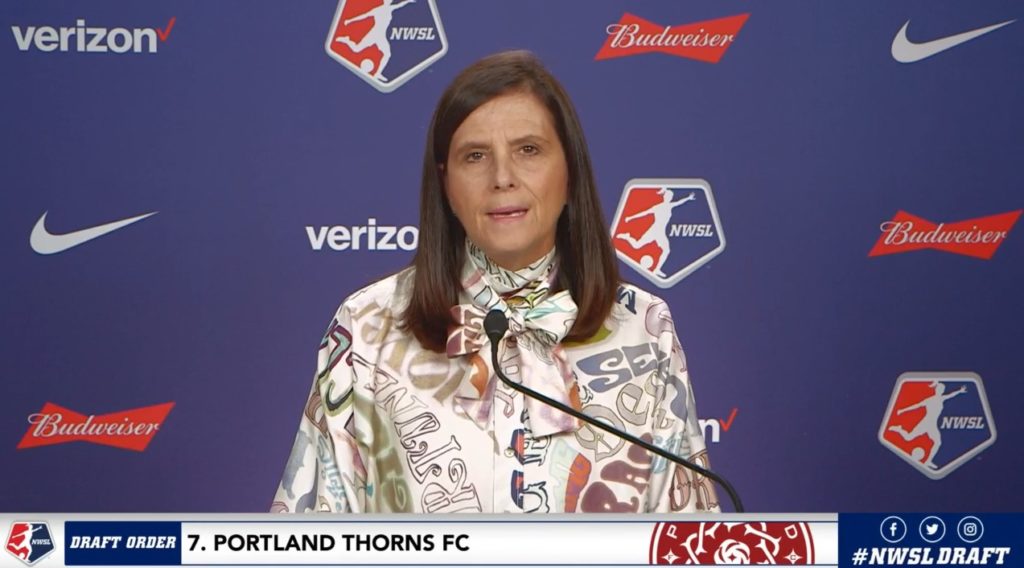 In 2021, the National Women’s Soccer League draft was fully in the midst of an existential crisis. Catarina Macario’s move to Lyon, made official just the day before the draft, naturally inspired a series of debates on the usefulness of the draft and the NWSL’s attractiveness to players at the start of their professional careers at their peaks alike. As the draft played out on Wednesday, though, it became clear that it will firmly occupy a very narrow space in the evolving women’s soccer world: it may not be able to attract the very best prospect of a given group, but the group of extremely talented players remains available to the league.

The top three picks in the draft this year — Racing Louisville’s Emily Fox, the Washington Spirit’s Trinity Rodman and Sky Blue’s Brianna Pinto — are highly regarded United States national team prospects, and have been standouts with the youth national teams. All three, though, have slightly different motivations for wanting to be in the NWSL. No. 1 pick Fox has already broken into the senior national team player pool and is currently with the team for its January camp, putting her in contention for this summer’s Olympics. Louisville head coach Christy Holly admitted that a priority during the draft was finding players who would join the team immediately, making Fox a good fit.

“The first three that we’ve selected are coming in immediately, which is a vital piece for us,” Holly told members of the media during the draft. “Emily’s world-class, isn’t she? Anybody who can already get into the U.S. women’s national team — and she’s actually there right now — has to be in the conversation.”

Access the best women’s soccer coverage all year long
Start your FREE, 7-day trial of The Equalizer Extra for industry-leading reporting and insight on the USWNT, NWSL and beyond.
Subscribe
Existing Users Sign In Here
Related TopicsExtraFeaturedKansas City 2021