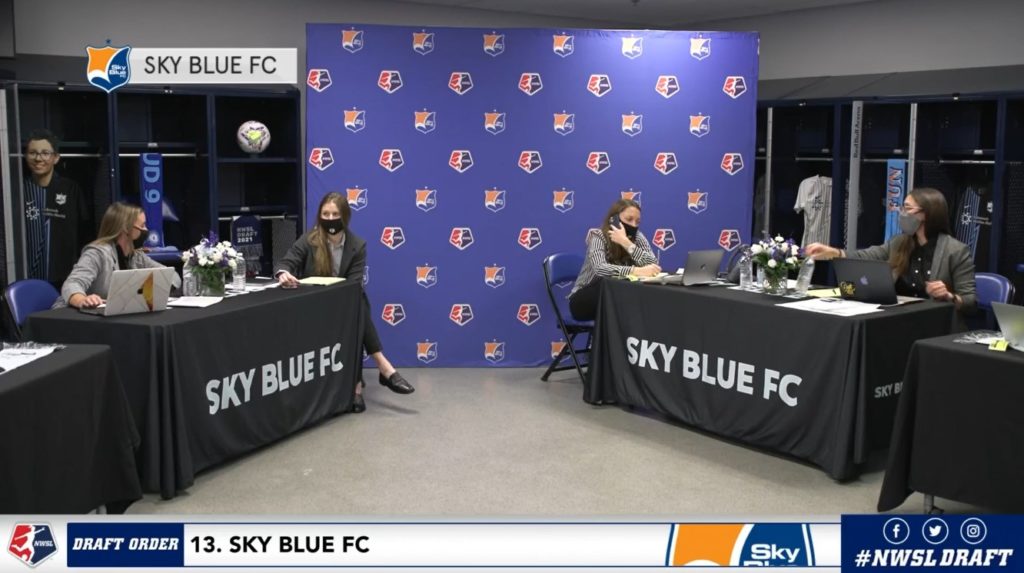 A year ago, when allocation money was the newest toy for National Women’s Soccer League clubs to play with, one question on the table was what value it could fetch on the trade market. A 2020 draft-day trade between the Chicago Red Stars and Utah Royals FC appeared to set a market. The Red Stars collected $60,000 in exchange for the No. 8 pick, which became Tziarra King. A high bar was to set for a late first-round pick, was the refrain from the women’s soccer world.

Draft night 2021 made that $60,000 seem like child’s play. At the center of Wednesday’s primetime action was Sky Blue FC, who only three weeks ago acquired the 4th and 8th picks as part of part of a package from the Red Stars in exchange for Mal Pugh and Sarah Woldmoe. When the clock began ticking on the No. 4 pick, Sky Blue called timeout and the fireworks began.

The NWSL’s Twitch cameras were focused on the Kansas City NWSL war room, but there were other teams in the mix as well looking to move up and take the 4th pick off Sky Blue.

“We were in for the four pick,” Spirit coach Richie Burke acknowledged. “It was priced a little bit above what we wanted, so we backed away believing we would get the sixth pick.”

Whether Burke wound up boosting the price even higher by being the underbidder or not, Kansas City NWSL made a major splash when they dipped into allocation money to pry it away from Sky Blue. The price? $175,000.