The NWSL answers, opens up more questions about the future of the draft 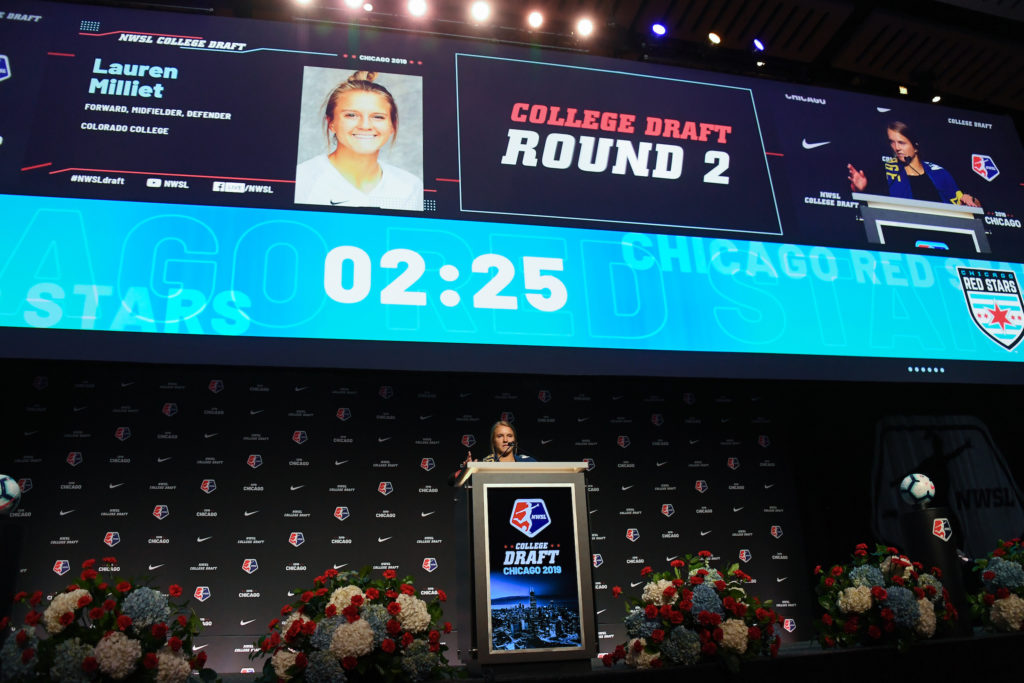 In her state-of-the-league conference call on Tuesday morning, National Women’s Soccer League commissioner Lisa Baird wanted to make one thing clear about this year’s draft: rules were changed because of the pandemic. “We need to be very clear and specific about that,” Baird told reporters. “Under the circumstances, we made the best decision for the league and players.”

And while Baird went on to elaborate on the exciting talent the league is anticipating having in the draft on Wednesday, news of a different kind was breaking on social media: the confirmation of singular U.S. women’s national team talent Catarina Macario’s 2.5-year deal with French powerhouse Olympique Lyonnais. Baird would later clarify this takes Macario out of the running for having her rights chosen by an NWSL team this year, which The Equalizer reported on Monday.

This clarification takes some of the controversy out of the growing discomfort between fans, media, and players alike with both the previously established and new draft rules, which were not discussed in detail on Tuesday. But one can’t hold it against the women’s soccer community for still having concerns, both about what the rules ostensibly are and the fact that no one could say with certainty that they understood them until now.

Facing an unprecedented amount of uncertainty pertaining to draft-declared players’ using an NCAA waiver to return for their previously postponed spring seasons, in the past week, the NWSL opened up draft eligibility to all college seniors regardless of their declared intentions. If a player goes through all four rounds without being selected by a team, they are free to use up the rest of their natural college eligibility and re-enter the draft at the end of that period. However, if a senior’s rights are selected, even if they did not declare, they will have to decide whether or not to join the club that picked up their rights, join a club outside the league, or go back to college as a super-senior with their rights already club-attached.

Further complicating the matter is that the protected period for player rights extends not only to the end of the 2021 NWSL season, but until the beginning of 2022 preseason. This bars players from negotiating a discovery deal with a different team during the winter transfer period. I also suspect the point of the protected period length is to avoid a scenario where players can be drafted in 2021, go back to college for an extra fall season, and then try their luck again in a perhaps more fortuitous 2022 draft.

Lisa Baird confirms Sacramento to NWSL in 2022, pushes back on draft criticism
Macario looks forward to daily challenge at Lyon — and NWSL in the distant future