Liga MX Femenil, Clausura Week 1: Monterrey picks up where they left off 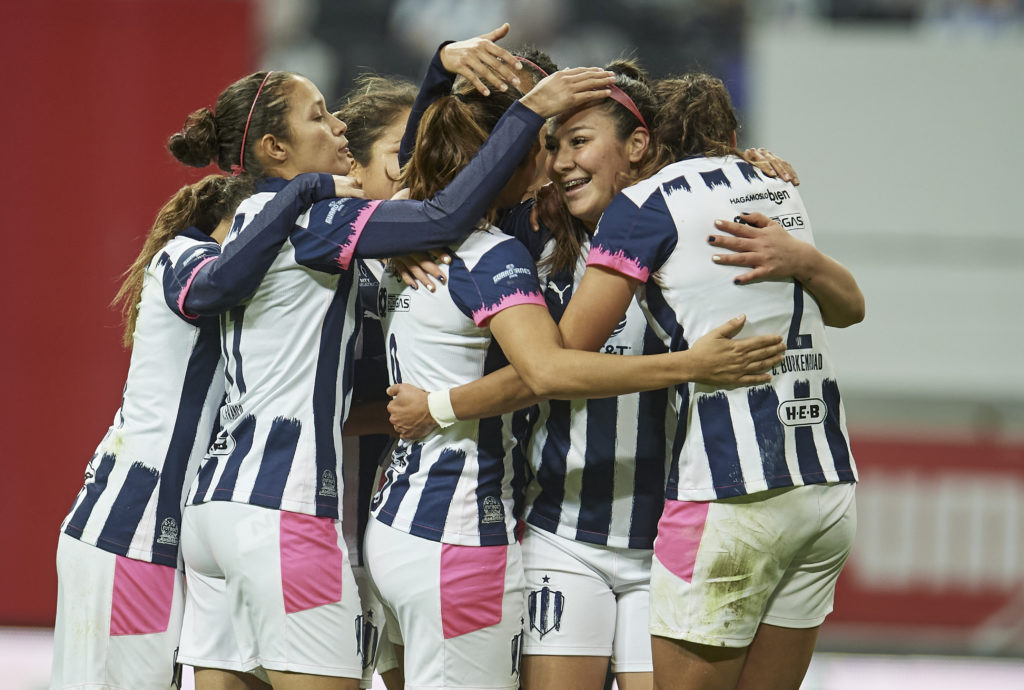 Liga MX Femenil is back in action! The Mexican women’s league kicked off Clausura action on Thursday. The Clausura is the second-half of the season in Liga MX Femenil with the first half — the fall season — being dubbed the Apertura.

Liga MX Femenil saw Tigres UANL take home the Apertura title. Now, with a clean slate, all of the teams are looking to vie for the Clausura crown.

We recap all the action in Mexico from the first week of Clausura competition.

Melisa Ramos got Mazatlán F.C. off to a picture-perfect start in the opening match of the Clausura. Her goal in the 9th minute propelled Mazatlán ahead, on the road, against Querétaro. However, the home side stole all of the momentum away with a goal from Maritza Maldonado in the 11th minute. Maldonado took a free kick at the top of the box and it skipped through the entire Mazatlán defense and past goalkeeper Mariana Zárraga.

However, Magaly Cortes was the hero for Mazatlán, scoring a late game-winning goal in the 85th minute. Cortes’ goal came off a set-piece stunner, floating the ball over the entire Querétaro  defense and above a leaping Diana Garcia.

Necaxa started off the Clausura campaign with a loss to Cruzl Azul, but it’s Samantha Calvillo that will be reeling the most. The midfielder, on a corner kick for Cruz Azul, attempted to clear the ball away from net. However, in the 85th minute, her clearance deflected into her own goal. Cruz Azul’s first goal of the match came from Susana Romero in the 42nd minute, giving the visitors confidence heading into the break. Romero cut back on her defender inside the box and hit a high shot into the top corner of the net.

Tijuana struggled early and often last year in the Apertura, spending a long stretch of time in last place. However, the club, commonly referred to as “Xolos,” was able to hop over Necaxa and FC Juárez, finishing in 16th place. The struggles have continued for Xolos in the Clausura, although the season is still young.

Tijuana looked to take a point away from Pumas, but two late goals gave Pumas the victory. Dinora Garza scored in the 82nd minute on a strike from outside the box, as Tijuana defenders gave her plenty of room to score. However, in second-half stoppage time, Patricia Jardón decided to further the lead and scored a penalty kick.

Monterrey wasted no time piling on goals against Atlético San Luis. The five goals added to the goal differential to cushion them on the Clausura table. Monterrey had one goal in the first half, on the road, from Diana Evangelista in the 5th minute. However, the show came in the second half, where four of the team’s five goals were scored.

Monica Monsiváis and Daniela Solís found the back of the net against goalkeeper Stefani Jiménez. However, Aylin Aviléz tabbed two goals to notch a brace, with her goals coming only 10 minutes apart from each other. On her second goal, Aviléz  found space inside the box and went one-on-one with Jiménez. Because of the five goals scored, Monterrey are at the top of the Clausura table, giving them a two-goal cushion against Tigres.

Atlas and Club América provided one of the most interesting and tight matches during the opening Clausura weekend. All three scores came within 15 minutes of each other in the second half. Alison González started the scoring for visiting side Atlas in the 56th minute, scoring on a penalty kick. Then, 10 minutes later, Daniela Espinosa found an equalizer for América, providing some hope.

However, it was González again that dashed the dreams of notching one point from the home side. Her second goal came three minutes later, re-taking the Atlas lead. This time, González, from almost the middle of the pitch, scored a stunner, chipping América goalkeeper Renata Masciarelli.

In the Apertura, Toluca sat toward the bottom of the table, in 15th place. Not too far ahead of them, in 13th place, was Club León. Toluca, on Monday, looked like a completely different team. Completely dismantling the home side, Toluca scored two goals to notch three points against León.

Arlett Tovar scored in the 29th minute to give a first-half lead to the visitors. Tovar’s goal came off a set piece, striking toward goal and over the entire four-person wall. Then, in the second half, Karen Becerril scored in the 54th minute, off a perfect pass inside the box from Zaira Miranda. León goalkeeper Maria Martinez elected to dive to scoop up the ball, but missed the cross, leaving Becerril wide open.

Tigres claimed the Apertura title in the fall and made sure that Pachuca knew it during Monday night’s contest. It didn’t take long for the defending Liga MX Femenil champions to score, with Greta Espinoza finding the back of the net in the 4th minute. Espinoza, in a crowded penalty area, at first had a shot deflected, but quickly picked up the rebound and slotted it past Pachuca goalkeeper Paola Manrique.

In the second half, Tigres found the back of the net twice, within five minutes of each goal. Katty Martínez scored a penalty in the 75th minute, straight down the line. In the 79th minute, Stephany Mayor, a veteran on the Mexican women’s national team, took on two defenders and the goalkeeper, curling a shot at a slanted angle.

Tigres sit in second place, due to Monterrey’s five goals.

Another own goal in the first weekend of Clausura action came on Monday night for Juárez against powerhouse Guadalajara, otherwise known as “Chivas.” In the 40th minute, on a set piece play for Chivas, Juárez defender Melissa Sosa got caught up with her own goalkeeper Alondra Ubaldo and headed the ball into her net. In the 83rd minute, Joseline Montoya scored the insurance goal, notching all three points for Chivas, on a one-touch volley in to goal.

The match was slated for Monday, but has been rescheduled for Feb. 22 at 7 PM. According to a release from Puebla, there are active COVID-19 cases in the Santos Laguna club.

NOTE: The top eight teams in Liga MX Femenil will qualify for the Liguilla, which is the playoffs.