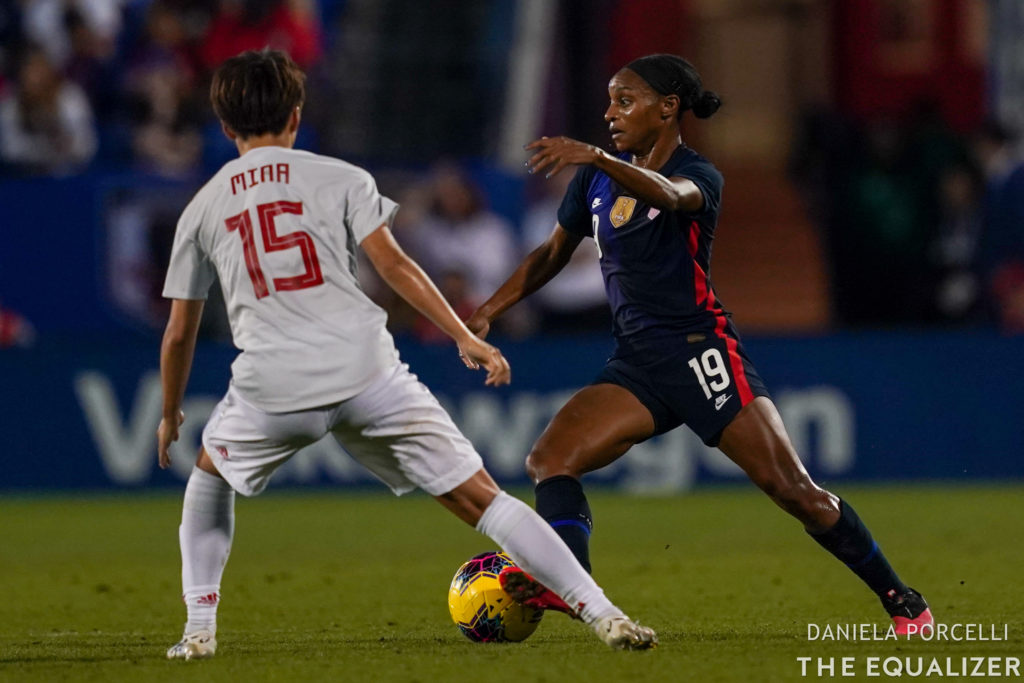 The SheBelieves Cup will be held in Orlando, Florida, from Feb. 18-24. The four-team tournament will be held for the sixth time — this year exclusively at Exploria Stadium — with Brazil, Canada and Japan serving as the U.S. women’s national team‘s opponents this year.

Usually, the U.S. Soccer Federation would select three different venues in the United States for matches to be held. However, due to the ongoing COVID-19 pandemic, the federation has elected to have all matches at Exploria Stadium.

Aside from the United States, Japan has the most SheBelieves Cup appearances, with this being the third time in the tournament. Brazil has been in the SheBelieves Cup twice.

This is the first time in the tournament’s history that two teams from Concacaf will compete at SheBelieves. U.S. coach Vlatko Andonovski said that he can’t wait for the tournament to begin.

“We put in all this work to play matches, so to get three great ones in this world class event that resembles group play at an Olympics is something we’re very thankful for,” Andonovski said. “It will be a bit different this year with limited fans, but with the Olympics once again on the horizon our players will be highly motivated and there’s no better way to prepare for the tournament than to play teams that will be in Japan. There’s some great history between these countries and I know all six games will be fun to play in and to watch.”

Vlatko Andonovski: Rapinoe, Lloyd “ahead of” schedule on return to USWNT

As for the location selection, Orlando has been a go-to area for soccer in the United States.

Currently, the U.S. is training in Florida and will host Colombia on Jan. 18 and 22 at Exploria Stadium. Furthermore, MLS held its MLS is Back Tournament in Orlando. However, those matches were at the Walt Disney World Sports Complex. Exploria Stadium is home to the Orlando Pride of the National Women’s Soccer League and Orlando City SC of MLS.

According to U.S. Soccer, the federation is allowing a limited amount of tickets to go on sale. When playing club competitions in 2020, Orlando City SC allowed fans in Exploria Stadium. During the Fall Series, the Pride played one match at Exploria and one at Osceola County Stadium, with no fans in attendance.

While a television schedule for non-U.S. games is still being worked out, all U.S. matches will air on FS1. The full schedule is listed below.