FAWSL Week 11 roundup: One game only amid postponements 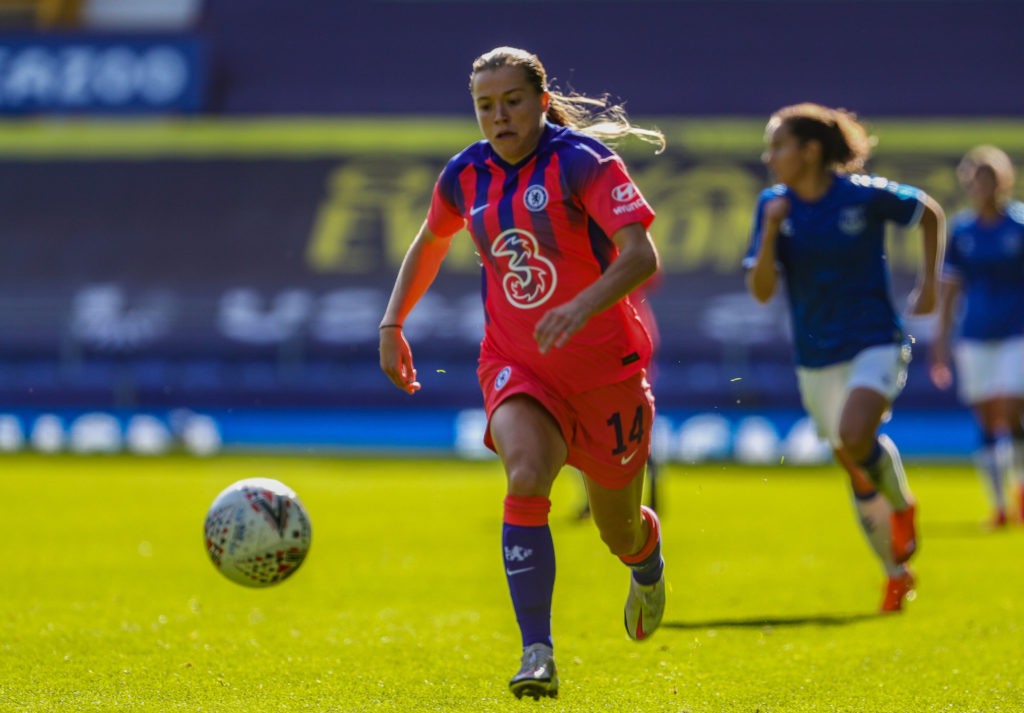 There was just one match this past weekend in the FA Women’s Super League, as four matches were postponed, and one was cancelled. Players from three WSL teams are under scrutiny for a holiday vacation, and many are calling for increased transparency from the FA over their postponement of games. Read on for all of the WSL news!

Chelsea cruised to a 5-0 win on Sunday over Reading, courtesy of four (yes, you read that correctly) goals from Fran Kirby, and another from Ji So-yun.

Kirby opened the scoring in the 16th minute of play, and added two others in the first 45 minutes, completing her first-half hat trick. She went on to add another just after the break.

A dominant display from Chelsea today!

Ji’s second-half goal was particularly a sight to behold – a skillfully taken half-volley.

Ji on the half-volley makes it five for Chelsea! pic.twitter.com/T3ulhUml0N

Players from three WSL teams are under intense scrutiny after a trip to Dubai over the holiday break.

An Arsenal player and four Manchester City players tested positive for COVID after what they deemed a “business trip” to Dubai. Three Arsenal players traveled in total. Manchester United players also traveled to the same destination, but did not test positive upon their return. Many in the league are calling for these players to apologize for what has been labelled as a reckless decision to vacation amid a pandemic.

Eventful Man United Women press conference:
– Everton v Man Utd off this week due to COVID in Everton camp
– Casey Stoney apologises for what she calls a “poor error in judgement from me” to allow her players to go to Dubai over Christmas. “I’m human and I made a mistake."

The FA is also under scrutiny for what many are calling confusion over which WSL teams have been granted postponements and which have been denied throughout the season.

In particular, in November, Bristol City were denied postponement of their match against Manchester United after one COVID-19 case was detected at the club and five players were forced to self-isolate. The club had to scramble to fill their team with academy players, and lost the match 8-1. However, this weekend, Arsenal had one positive case — and players self-isolating — and were granted their postponement. Without transparency over how these decisions are made, many journalists, fans, and players have been left wondering if there is a double standard in the league.

Que the Arsenal game getting postponed.. We see you @BarclaysFAWSL @FA different rules for different teams👀

I have to be careful what I say regarding the situation as I don’t fancy getting a ban but this thread by @SuzyWrack has hit the nail on the head. Hopefully the girls who are involved will do the decent thing & come out & apologise https://t.co/nZGCcgc4Di

So we asking for a postponement because we broke the rules??!!😕 Players have every right to be upset but why should Villa be punished? Play the game. https://t.co/EWVfdTsl2o

Initially on loan from the Orlando Pride, West Ham United announced the permanent signing of Emily van Egmond last week. The Australian defender appeared in 17 matches for the Pride in 2018, and eight in 2019.

Spurs recently announced the permanent transfers of Shelina Zadorsky and Alannah Kennedy, also originally on loan from the NWSL. Zadorsky has been with the Orlando Pride since 2018, while Kennedy was with the Pride since 2017 and was recently selected by Racing Louisville in the NWSL Expansion Draft.

Vlatko Andonovski: Rapinoe, Lloyd “ahead of” schedule on return to USWNT
USWNT to face Brazil, Canada, Japan at 2021 SheBelieves Cup in Orlando