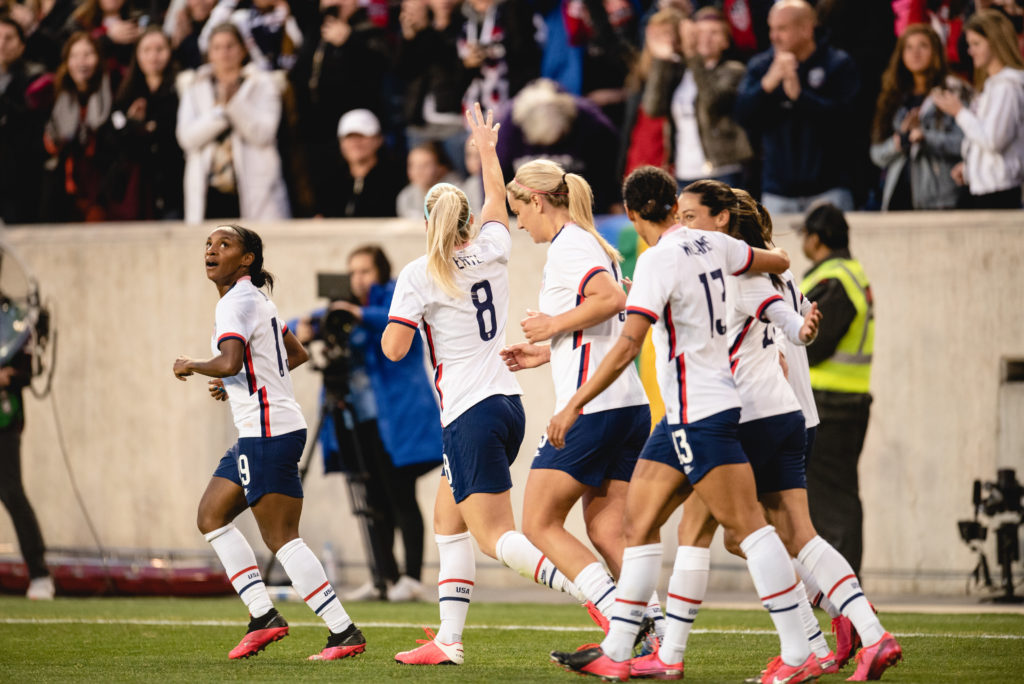 United States women’s national team players can now access National Women’s Soccer League allocation money, and it could change the future trajectory of the league — depending on who you ask. U.S. players can now turn down federation status — that is, U.S. Soccer paying their NWSL contract — to instead be paid directly by their NWSL teams. This is a change from the original announcement of allocation money on Nov. 1, 2019, which stated that “allocation money may not be used for Canadian or U.S. [federation] players,” and that players could not refuse federation status in order to access allocation money. That changed quickly — in time to be in effect ahead of 2020, sources said — but it is only coming to light now as teams start to utilize those opportunities. Why would a player turn down U.S. Soccer’s money? And why would a team want to pay a player out of pocket if they do not have to? The answers, as ever, are nuanced. Below is a detailed breakdown of what this means, and what it looks like in real-life scenarios. First off, what is allocation money? Allocation money was announced as an effort to retain and attract star players by paying them over and above the $50,000 maximum salary. (Allocation money can also be used to acquire a player via transfer fees, or used as a trade asset — both of which have been more common uses thus far.) Each team initially had access to $300,000 of allocation money that they had to “buy” from the league, or it would expire at the end of the year (the money can be rolled over indefinitely as long as it is “purchased” — accessed is maybe a less confusing word — in that initial year. Sources say that each team will have access to up to $400,000 in allocation money in 2021, a rise in the total to account for expanded opportunities to use it. Continue reading…