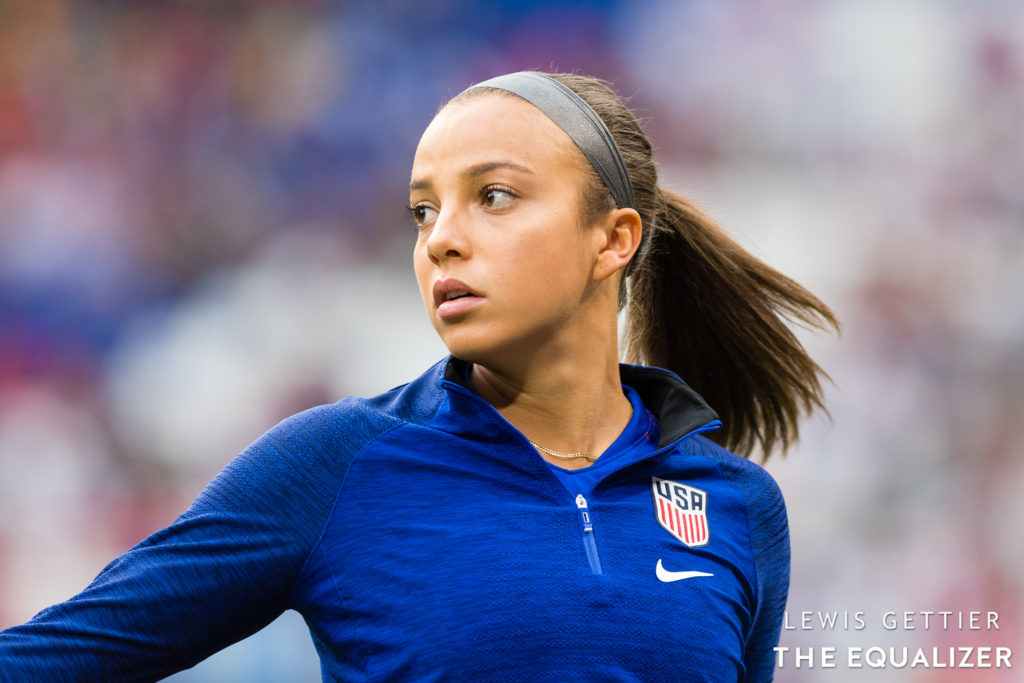 Mallory Pugh and Sarah Woldmoe will call Chicago home for the upcoming 2021 National Women’s Soccer League season. The two players will join the Chicago Red Stars after a trade with Sky Blue FC, which was announced on Tuesday.

In return, Sky Blue FC has received the No. 4 and 8 overall picks in the upcoming 2021 NWSL College Draft, an international slot for the 2021 and 2022 season, and a conditional first-round pick in the 2022 NWSL College Draft.

According to Sky Blue FC general manager Alyse LaHue, Woldmoe requested a trade to Chicago to be closer to her husband and her family. Meanwhile, for Sky Blue, Pugh fought through various injuries during her short stint in New Jersey. Pugh, who played only 29 minutes for Sky Blue after being traded there in January, requested the trade.

Details of the latest #NWSL trade between @chiredstarsPR and @SkyBlueFC. We'll have a story soon up on our site! pic.twitter.com/gaEBNvWnda

“We are excited to welcome Mallory and Sarah to the Chicago Red Stars family,” Red Stars head coach Rory Dames said. “They are both talented, experienced players of character. I’m confident they’ll fit in well with the group and will help our continued evolution.”

“I am incredibly excited for the opportunity to play for the Chicago Red Stars,” Pugh said. “The team has so many great players, including some of my U.S. women’s national team teammates, and I can’t wait to join them and work hard to help the club bring home a championship. A huge thanks to the ownership and Coach Rory Dames for making this happen. I’ll see you all in the Windy City soon.”

Woldmoe is leaving Sky Blue to be closer to her husband and family. She leaves the club, where she most recently served as a club captain, after six seasons. Woldmoe (nee Killion) made over 100 appearances, scoring 11 goals.

“I am so excited to be a part of the Chicago Red Stars,” Woldmoe said. “I’ve always admired the style of soccer and world-class talent on this team. I cannot wait to be in a training environment with them every day. I want to thank Chicago for this opportunity, and I look forward to getting to know the city and fans.”

Woldmoe said that she was “blessed” to spend the last six years with Sky Blue.

“I want to say thank you to the owners and the entire organization for the opportunity to play. I grew up with Sky Blue,” she said. “I learned a lot about the game but also quite a lot off the pitch and I will cherish all of the memories that I have made here. To the fans – thank you for the continuous support over the years. To my teammates – you all mean more to me than the game itself. I will miss everyone and I look forward to following the growth of this club! Thank you, Sky Blue!”

LaHue said that it was important for her to help Woldmore reunite with her husband.

“Sarah has been an incredibly important part of Sky Blue for many years,” LaHue said. “While it is terribly bittersweet that we must see her off, it was important for us to get her to her preferred location to be reunited with her husband and close to family. She has left her mark here at Sky Blue and we wish her nothing but utmost success and joy both on and off the pitch.”