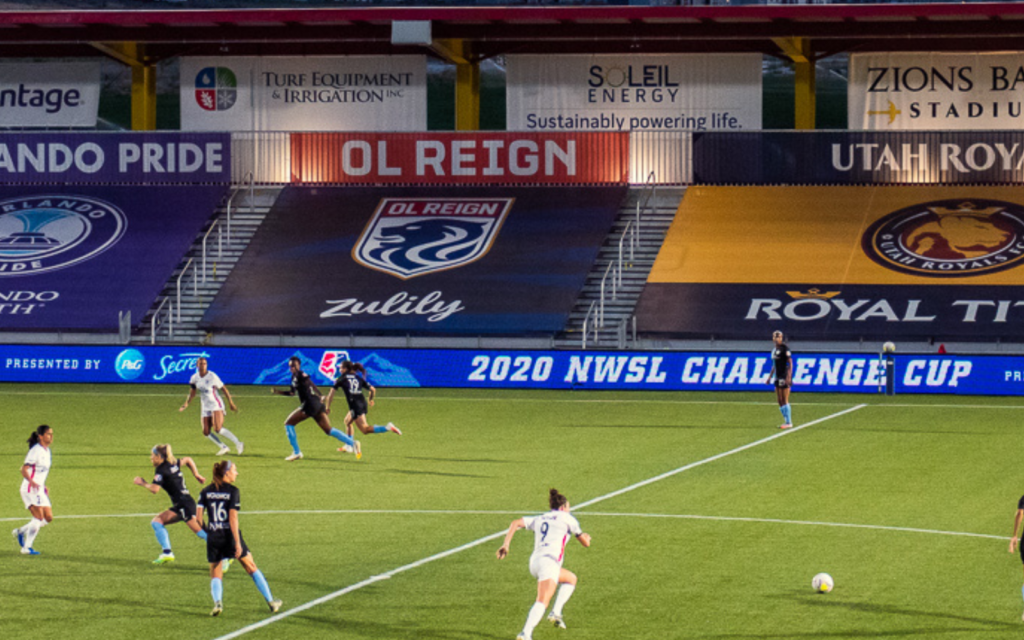 On Friday, Tony Parker said he would like to move the OL Reign franchise from Seattle (Tacoma) to Miami, causing some alarm in the local fanbase. The OL Groupe says the team isn’t moving anywhere. The catch, of course, is that both entities have an ownership stake in the National Women’s Soccer League team.

Friday’s news cycle started early with Le Monde running an interview with Parker featuring the former NBA star and OL Reign board member stating that, “We want to move the women’s franchise from Seattle to Miami.” The French media outlet soon updated the “we” to “I” — whether due to a copy mistake or external pressure remains unclear — but the semantics changed little. Parker owns 3% of the club and is very close with Jean-Michel Aulas, who heads up the OL Groupe… which owns 89.5% of the Reign.

OL Reign and the rest of its ownership group quickly said they have no intent to leave the Pacific Northwest, citing their ongoing push to build a stadium and training facility in Tacoma, and the renewing of their lease at Cheney Stadium beyond the 2021 season.

“Following recent stories regarding the future of OL Reign, Olympique Lyonnais categorically denies that it has any plans to relocate the club from its current home in the Pacific Northwest,” the statement begins. It goes on to acknowledge that groups in other cities have approached them about relocating the team, and references Aulas’ private jet project in Miami. “However, those initiatives have no impact on OL’s plans for the future of OL Reign.”

That statement was firm and clear: the franchise is not leaving the market. But the alarm raised by the incident is likely to linger with a fan base already still wondering what lies ahead for the franchise.

Aulas and the OL Groupe have openly talked about targeting Miami in the past. During the 2019 World Cup, he told The Equalizer: “I have some personal activities in Miami, so if we could find out a way to have a franchise near Miami, that would be significant.”

On the day of the World Cup opener, I asked Jean-Michel Aulas about his NWSL plans (see photo for quote). At the time, he was exploring an expansion bid, and TBH it didn't sound all that imminent. A month later, he met the Predmores and pivoted to acquire the Reign. pic.twitter.com/K9S37XjlCD

A few weeks after that interview, Aulas met with Reign owners Bill and Teresa Predmore in Lyon, and that sparked the conversation which led to OL Groupe openly exploring the option to purchase of the Reign in November 2019. (The deal closed in December 2019, with a team valuation of $3.51 million, a number which sources say is on the rise league-wide for team valuations.)

Combine that history with the fresh wound of Utah Royals FC’s demise and the NWSL’s subsequent return to Kansas City, and Parker’s comments set off red flags on a number of fronts. Was he speaking freely and for himself, not realizing the potential consequences? (As a longtime athlete, in a sport whose exit from the Seattle market was particularly heart-wrenching for many in the NBA, he likely understands the sensitivities.) Or was he speaking out of turn about an opportunity that might have been discussed at some point? Sources inside and outside the Reign organization emphasized that it was the former — an off the cuff, if even odd and unfortunate, remark. Why it was said is an open question.

Despite the OL Groupe’s affirmation that they will remain in the Pacific Northwest, Parker’s comments only fuel an underlying concern about what the future of the NWSL original club looks like. Moving out of the market entirely — which was previously on the table on multiple occasions as the Predmore’s tried to grow investment and find a suitable venue — would be the most extreme option. OL Groupe’s stated ambitions — “to own the two best women’s football teams on the planet” — require a lot of things, including the aforementioned stadium, which remains in the red tape of the government approval process. And Miami — or, at least, even downtown Seattle, where the Sounders draw 40,000 fans in normal times — screams ‘world-conquering’ a lot more than Tacoma, with all respect to that city.

The NWSL is also a league still waiting to celebrate its 10th anniversary and thus inherently susceptible to ownership changes and relocation as it grows into its true self. Utah’s inglorious exit, despite the second-best attendance in the league, is a reminder that volatility can come in unpredictable ways.

The Reign are staying put in Tacoma, for now, but Parker’s comments will only add to the skepticism of a fan base which saw arguably the best branding in the league largely erased upon the recent ownership change. The pandemic-altered 2020 campaign hasn’t allowed the franchise any time to prove that continuity and a connection to its roots exist — on or off the field. That makes 2021 an especially important year for the Reign.

OL Groupe’s financial commitment to building a training facility in Tacoma is indeed a sign that they will stay in the market for the long-term. But finding a suitable, modern stadium which allows the team to grow alongside the league is a bigger piece of that puzzle. That still hangs in the balance.

Friday’s statement from (the rest) of OL Reign ownership noted that “furthermore, Olympique Lyonnais has committed to strengthen OL Reign’s squad for the upcoming season, with two international players from OL planned to join OL Reign in 2021.” Throughout the fall, sources have consistently linked Lyon goalkeeper Sarah Bouhaddi with a summer 2021 move to the Reign. Whether or not Dzsenifer Marozsan would also make the move is unclear (the two players were set to join Utah Royals FC last spring until the pandemic changed those plans). Aulas also recently said that he wants longtime star Wendie Renard to stay in the OL family for her entire career. “That would be also an example for everybody else; that’s why we bought OL Reign in Seattle last year,” he said in November. “We will offer her, if she wishes, to alternate between the USA and France.”

Aulas’ comments will again hit a nerve with Reign fans and the wider NWSL observer. Even in conceding cultural differences in language and imperfect translations, there is the notion that the Reign are part of Lyon’s plan for global domination in women’s soccer, much the way New York City FC or Melbourne City are part of City Football Group’s global empire, which most prominently features Manchester City. Fans are not unjustified in feeling the anxiety of a big-box store promising to keep the traditions of the mom-and-pop operation, only for some of that foundation to soon erode. That the Predmores remain as part-owners, with Bill Predmore as CEO, offers some reassurance given their track record of transparency and deep connection to the market.

The state of the world in 2020 has meant that the Reign are yet to show exactly what they are about in this new phase of life. Players largely remain happy and speak often about maintaining the family atmosphere upon which the organization was built. But concerns over preserving that history remain among some fans, as the organization and the league know well. Friday’s odd news cycle only leaves more lingering questions for those Reign faithful.

Kickin’ Back with Lisa Baird
The Equalizer Podcast: Looking back on 2020