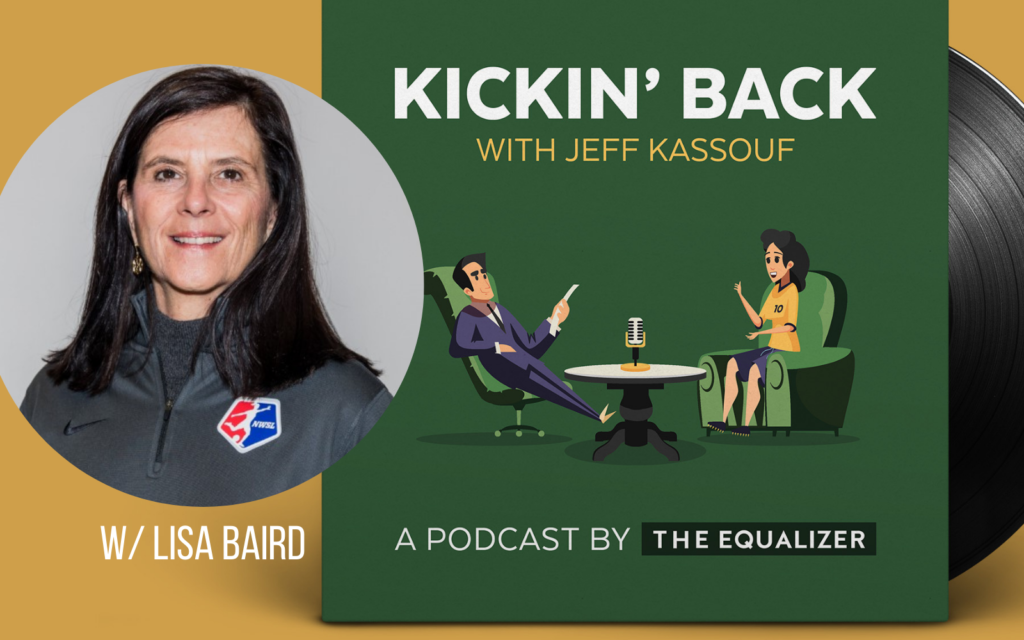 National Women’s Soccer League commissioner Lisa Baird joins Kickin’ Back to recap a successful but challenging 2020 and tease what’s ahead for the league, including expansion strategies, the relationship with U.S. Soccer, and a league rebrand ahead of the 10th-anniversary season. She also weighs in on the recent news of losing Utah Royals FC and going back to Kansas City, plus merchandising, the Challenge Cup, and future competition formats.

A selection of newsworthy quotes are below. Listen to the entire podcast here:

On the league’s brand, and reaching an unprecedented 10th season in 2022:

“The one thing that we’re definitely going to do — because, again, it’s been nine years and they’ve gone really fast for our teams and our players and our owners — we are looking forward to relaunching our brand at the end of the year and for the 10th anniversary. Whether that will be an evolution or revolution, don’t know yet. Excited to hear from the fans, what they think, but I think it’s really time to really look at our branding and our graphics.”

On the evolving relationship between U.S. Soccer and the NWSL:

“I think it will be one based on principles. We want the U.S. women’s national team to play in our league. In order to do that, we have to be investing in our league, and it goes back to this principle of high performance that I’ve been talking about. We really have to continue to lead the way with the women’s game in terms of high performance, and U.S. Soccer is completely aligned with that strategy. For next year, I’m hoping that all the women’s team will be playing in our league. I’m pretty sure that some of them, if not most of them, are going to come back and play. From then, it’s really continuing to build it so that we retain the edge over a lot of teams, particularly in Europe, that are investing in it.

From that strategy, I think the alignment is there. I talk to [U.S. Soccer CEO] Will Wilson a lot. We’ll hopefully work on some marketing ideas together; we’ve not done that before really. That’s an opportunity for us…. It’s really building the bridges on those things that mean the most to us. I think the high performance, continuing to have the U.S. national team players play with us, continuing to upgrade U.S. Soccer and the NWSL in the overall sports landscape, that will be what the future relationship will be built on.”

On future expansion strategy, from the number of teams to the criteria:

“I have to say that I’ve been delighted with the people that have reached out to me to express their interest, which is great and not something that we take for granted. I don’t know if the number [of teams] is 14, if it’s 16, but it’s not a lot. Our goal — and you can talk to any owner in the league — we are completely harmonized on our goal, which is that we want to continue to be the best women’s soccer league in the world. And that requires us to have the best players, the best facilities, the best high-performance training, the best coaches. So, when you look at that, you want to be very, very methodical about what your future expansion is — and where. The market choice is the really interesting one…”

“I like the idea that we can create innovative road paths, so it’s not just a formula. Where we’ll go next, it will just be guided by making sure that the best players come into our league, that we keep the standard strong. And that requires investing in the core operations that will enable us to do that.”