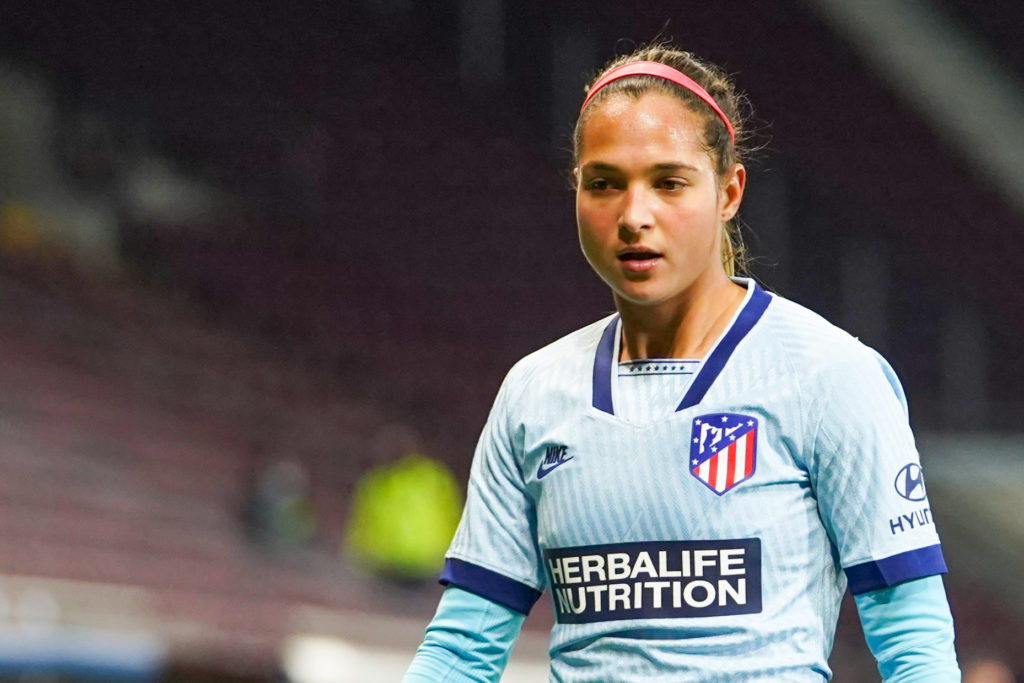 The UEFA Women’s Champions League proper kicked off this week with the opening legs of the Round of 32. There were no specific upsets but certainly some interesting results. Here is a short recap with home teams listed first. The return legs are scheduled for next week.

The five-time reigning champions had a scare put into them in the bid for number six but ultimately pulled through on Saki Kumigai’s goal in the 88th minute. But the Italian side went ahead twice in the match, including once on a Kadeisha Buchanan own goal. Lyon will be massive favorites to come through with the second leg back in France, but on the heels of a league loss to Paris Saint-Germain, this could be the most vulnerable Lyon side in some time.

Atletico also fell behind twice before rallying and eventually defeating the Swiss side that was the final team to receive free passage to the Round of 32. Former Florida State star Deyna Castellanos hit the game-winner in the 55th minute and the goal which iced it came in the 90th.

Sam Mewis hit the game-winner in the 76th minute to give Man City the edge after they went behind on the road in the 2nd minute. Georgia Stanway leveled the proceedings just before halftime.

The Austrian hosts took 71 minutes to get on the board and then added another four minutes later to take a two-goal lead with them to Switzerland next week.

Machaela George scored in first-half stoppage time and again in the opening three minutes of the second half to send Hjorring on their way against the Slovenian champions.

Unbeaten and untied domestically, Barcelona had little trouble taking charge of this tie, going ahead through Jenni Hermoso in the 4th minute. PSV did nab one late, but a big win back in Spain seems unlikely. Barca are considered a major contender to dethrone Lyon after making the final in 2019.

Seven different players scored for Rosengard, including former WPS star Caroline Seger. The home leg should be a mere formality.

Last season’s runners-up were ahead 2-0 after eight minutes and should be home free to the Round of 16. Zsanett Jakabfi put the Germans ahead in the 4th minute and later added a second.

Typically tough tussle between teams not expected to make deep runs. Kharkiv took a lead into halftime before the teams traded goals early in the second half. The hosts eventually gained the edge on Veronika Andrukhiv’s winner in the 59th minute.

Emilie Haavi, formerly of the Boston Breakers, set the tone with a goal in the 2nd minute. That was enough for the Norwegian side on the day but they doubled up to grab a two-goal lead heading home.

The only match to end in a draw saw both teams play with leads during at different points. Daniela Sabatino wound up scoring the equalizer for Fiorentina, who fell behind after taking the lead four minutes in.

Canadian teenager Jordyn Huitema scored 17 minutes in and Sandy Baltimore doubled the lead eight minutes later. That was all the scoring on the day as the French leaders eye the return leg with what should be a commanding lead on aggregate.

Fran Kirby had goals in the 2nd and 33rd minutes to help Chelsea to an easy win to get their Champions League campaign started.

Bayern were pushed, going ahead on an own goal just shy of an hour in. They added two more but also conceded one in between. Up-and-coming midfielder Sydney Lohmann cracked the scoresheet for Bayern.

Prague scored twice in the final 11 minutes of the opening half while Glasgow pulled one back early in the second half. It remained the way for nearly 40 minutes setting up an intriguing return leg next week in Scotland.

This one was postponed due to quarantine issues related to COVID-19.

‘I was meant to live here’: A wave of American players to England extends beyond the top tier
FAWSL Week 9 roundup: City and United score late goals to earn three points