‘I was meant to live here’: A wave of American players to England extends beyond the top tier 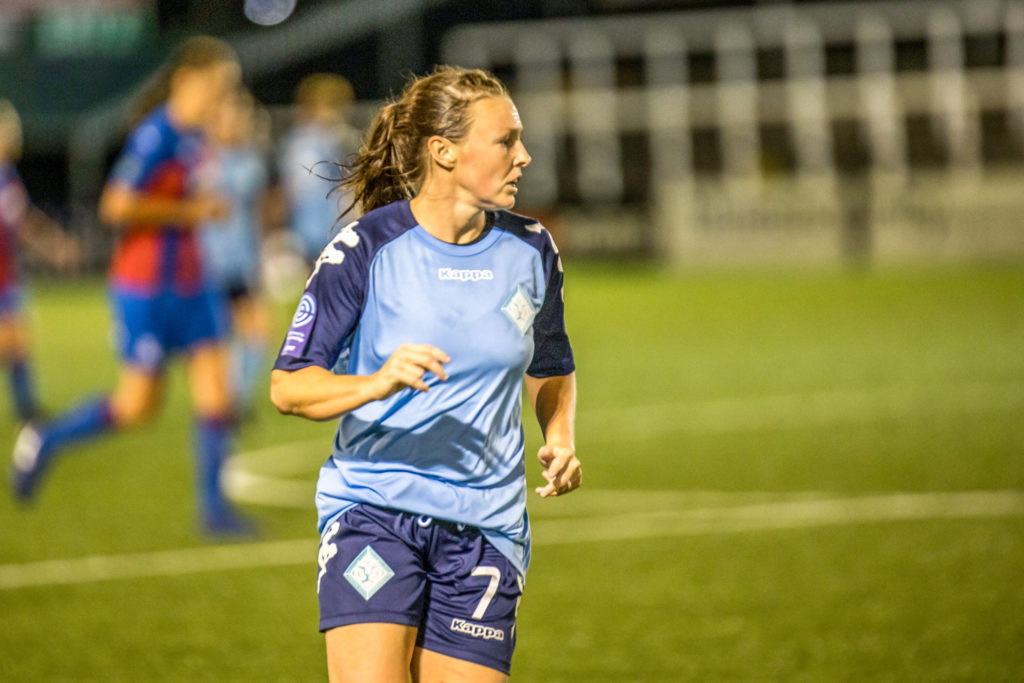 U.S. women’s soccer players have a distinct style of play, one often viewed as unconventional by their European counterparts. That contrast was on display at the 2019 World Cup, where seven European sides joined the United States as quarterfinalists, but the Americans triumphed for a second consecutive edition of the tournament.

England failed to cope with the Americans’ more direct style of play in the semifinal. Still, there are increasing similarities in each country’s development, making for interesting case studies as more Americans join English clubs at various levels.

The surge of American players did not only land in the FA Women’s Super League, but in the FA Women’s Championship as well, with players like Shae Yanez and Alli Murphy signing for London City Lionesses over the summer transfer window.

Yanez, a 23-year-old keeper, played for the University of Tennessee and joined the Washington Spirit in 2019 before leaving for Europe. Prior to settling in London, she spent some time in Spain, but COVID-19 cut that short and she made her way to England.

Murphy has more experience in the European setting. The 26-year-old midfielder has Irish and English heritage and has been watching English football since she was a child growing up in Texas. More recently, Murphy was called up to the Irish national team to play Germany in the European Championship qualifiers, although she was eventually unavailable for the match.

Murphy started her professional career in the NWSL with the Spirit in 2018 and later signed with the Houston Dash under Vera Pauw, who is now the Irish head coach. The Dutch manager cut Murphy from her first team and sent her to the Netherlands to develop her technical skills which she lacked. From Dutch football, Murphy then went on to play in Sweden, and in Iceland before signing with London City.

After having to learn three languages, Murphy found the transition to English soccer the easiest for her.

“I would say, in general, English soccer is probably the closest to American soccer,” she said.

Access the best women’s soccer coverage all year long
Start your FREE, 7-day trial of The Equalizer Extra for industry-leading reporting and insight on the USWNT, NWSL and beyond.
Subscribe
Existing Users Sign In Here
Related TopicsAlli MurphyExtraFeaturedShae Yanez