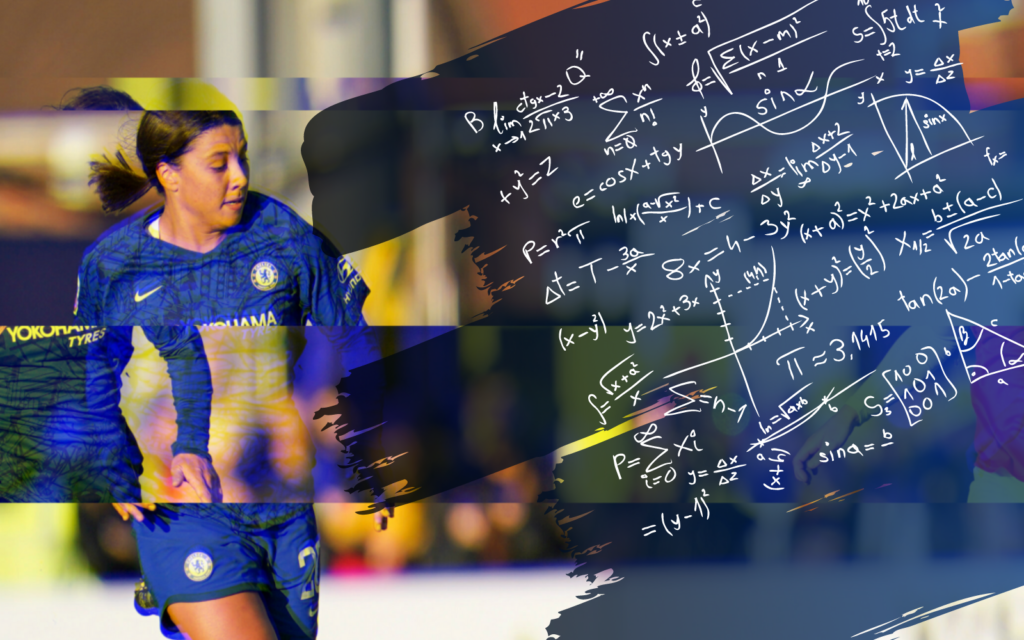 Sam Kerr has enjoyed a fruitful start to life in English soccer. Now in her first full campaign with Chelsea, the Australian superstar retains an excellent scoring record of six goals from seven FA Women’s Super League appearances. However, her transition to a new team and a new league has not been without bumps in the road.

Firstly, she has not been the shoo-in starter many assumed she would be, starting just four of Chelsea’s league matches thus far this season. There are also unresolved tactical uncertainties over how she best fits into a team packed with attacking talent. On top of all that, there has been the occasional glaring miss or poorly executed shot.

Despite the question marks, Kerr is still scoring at an impressive rate, and hit her first FAWSL hat trick in Chelsea’s 3-2 win over West Ham United last weekend. Is Kerr a victim of impossible-to-match hype, or is she under-performing? Data can help answer some of that question.

Sports analytics company Opta defines expected goals (xG) as a performance metric that “measures the quality of a shot based on several variables such as assist type, shot angle…distance from goal, whether it was a headed shot and whether it was defined as a big chance.”

When it comes to evaluating attacking performance, xG is one of the most widely respected metrics around today. And according to Wyscout data, Kerr is currently under-performing on this front. They have her total xG for this FAWSL season at 6.6, but she has only scored six goals.

Access the best women’s soccer coverage all year long
Start your FREE, 7-day trial of The Equalizer Extra for industry-leading reporting and insight on the USWNT, NWSL and beyond.
Subscribe
Existing Users Sign In Here
Related TopicsChelseaExtraFA WSLFAWSLFeaturedSam Kerr

WoSo Around the World: Atletico slip up again in Spain
‘I was meant to live here’: A wave of American players to England extends beyond the top tier