Official: Utah Royals out, Kansas City in for NWSL; Utah hopes for 2023 return 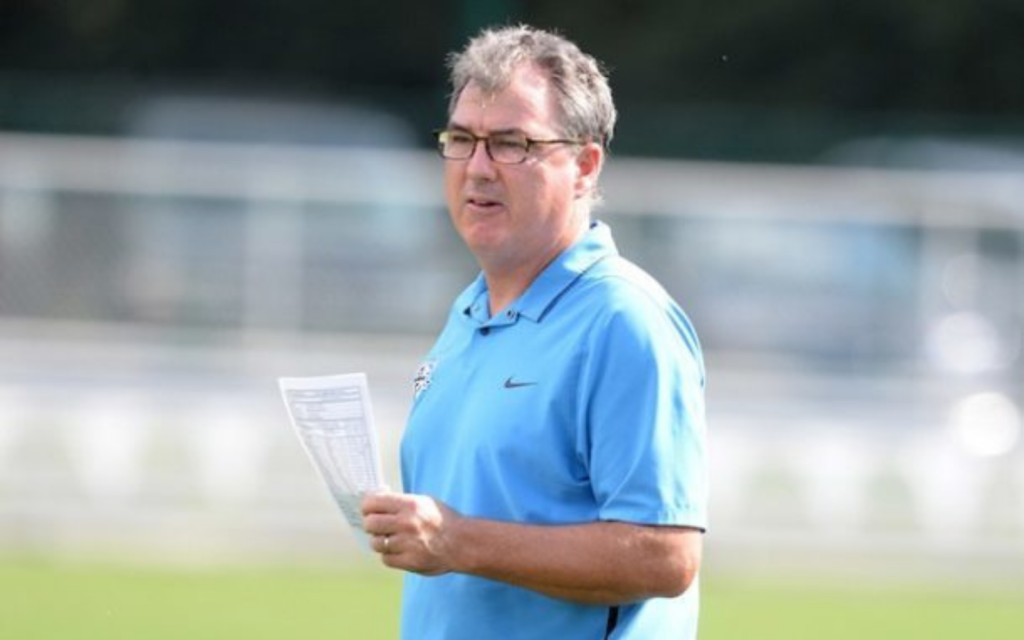 The National Women’s Soccer League confirmed on Monday morning the shutdown of the Utah Royals FC franchise in the greater Salt Lake City market and unveiled the addition of a new group in Kansas City, to begin operation immediately.

Utah joined the NWSL in late 2017, upon the demise of FC Kansas City. Officially, that Kansas City franchise folded and Utah joined the league as an expansion team, with player contracts being transferred to Utah. The same legal technicalities apply to this move back to Kansas City. The league announced Kansas City on Monday as a “2021 expansion team” and the Royals, in a press release, stated that the transaction provides immediate clarity for players “while enabling new ownership to re-establish the Utah Royals FC name and franchise at Rio Tinto Stadium two years from now, in 2023.”

Utah Soccer Holdings — which includes MLS’ Real Salt Lake, USL’s Real Monarchs, and the NWSL’s Royals — is up for sale following separate investigations into owner Dell Loy Hansen, who was accused earlier this year of racist and sexist behaviors in detailed reports. MLS reportedly set a Jan. 8, 2021 deadline for RSL to be sold before the league takes over the process. No local buyers were immediately interested in the Royals, sources said, leaving the NWSL franchise with the options of relocating or folding.

Any potential buyer of the rest of Utah Soccer Holdings will have the option to exercise rights for an NWSL expansion team, specifically for the 2023 season, by paying an expansion fee to the NWSL.

Majority owners of the new Kansas City group will be Angie and Chris Long of Palmer Square Capital Management, which is based in the market. They are joined by former professional soccer player and fitness entrepreneur Brittany Matthews, and Jen Gulvik, a Kansas City-based banking executive who is also an angel investor in women’s organizations. Gulvik will also serve as team president.

Huw Williams, the former general manager of FC Kansas City, will be the team’s head coach.

“Chris and I could not be more ecstatic to welcome a team back to Kansas City, especially as the league has been transformed by innovative leadership and explosive growth,” Angie Long said.  “We are committed to getting this right – for our team and our town. We can’t wait for the players and the country to see what we have long known: there’s something special about living in Kansas City and something even more special about playing here.”

Matthews is a public figure in Kansas City. She is the the fiancée of Kansas City Chiefs star quarterback Patrick Mahomes, this MVP of the most recent Super Bowl. Earlier this year, Mahomes signed a 10-year contract extension worth an NFL record $503 million to stay in Kansas City. Mahomes is part-owner of MLB’s Kansas City Royals.

“As a former collegiate and professional soccer player, I have a true level of appreciation for what these incredible women do on a daily basis. I am honored to be part of an amazing ownership group that is passionate about the game and eager to welcome a NWSL team back to Kansas City,” Matthews said. “We have the greatest fans and community here in KC and I can’t wait to huddle around this team – we want more championship parades in the very near future!”

The team has not yet announced official details on branding or venues. The Equalizer reported on Saturday that the team will initially play at T-Bones Stadium, a minor league baseball park which previous hosted MLS’ Kansas City Wizards (now Sporting Kansas City) prior to the completion of their new stadium, Children’s Mercy Park.

Longer-term, the new Kansas City group has plans in motion to build its own soccer-specific stadium in the same area of the city. Homefield Sports, a sports facility business founded by Sporting Kansas City co-owner Robb Heineman, in November received approval from the Unified Government of Wyandotte County to purchase the old Schlitterbahn water park facility which was closed in 2018. Homefield plans to build a youth sports resort on the land, which will include a 150,000-square-foot indoor sports complex, outdoor turf training fields for soccer, football and lacrosse, a baseball and softball complex, a full-service hotel, and other retail space. Part of that future development would be a 10,000-seat professional soccer stadium for the NWSL team, sources say.

The Athletic reported in November that Sporting Kansas City is not willing to share the field at Children’s Mercy Park. Sources tell The Equalizer that the MLS team has concerns about the ability to maintain the quality of the field with two teams playing there regularly, although several markets have stadiums which house both MLS and NWSL teams.

In a team-issued statement, Utah general manager Stephanie Lee thanked fans for their commitment. The Royals averaged almost 11,000 fans per game in 2019, second best in the NWSL and over 4,000-per-game more than the next best team. “I hope fans have solace that women’s professional soccer will be back,” Lee said.

FC Kansas City struggled off the field throughout its NWSL tenure from 2013-2017, despite success on the field. The franchise was sold to Minnesota businessman Elam Baer ahead of the 2017 season, which proved to be even more challenging for the club. The team struggled to attract even 2,000 fans to games at the time, with games being held at Swope Soccer Village, which is a training facility above all. That led to Baer’s exit, and the arrival of Hansen and Utah.

“This is a tremendous opportunity for our league, and I’m absolutely thrilled to welcome Kansas City back to the NWSL,” NWSL commissioner Lisa Baird said. “Kansas City is a soccer-rich community, and this fantastic ownership group is ready and able to commit the resources necessary for this club to be a massive success. I’d also like to thank the fans in Utah for their incredible support of the NWSL.”