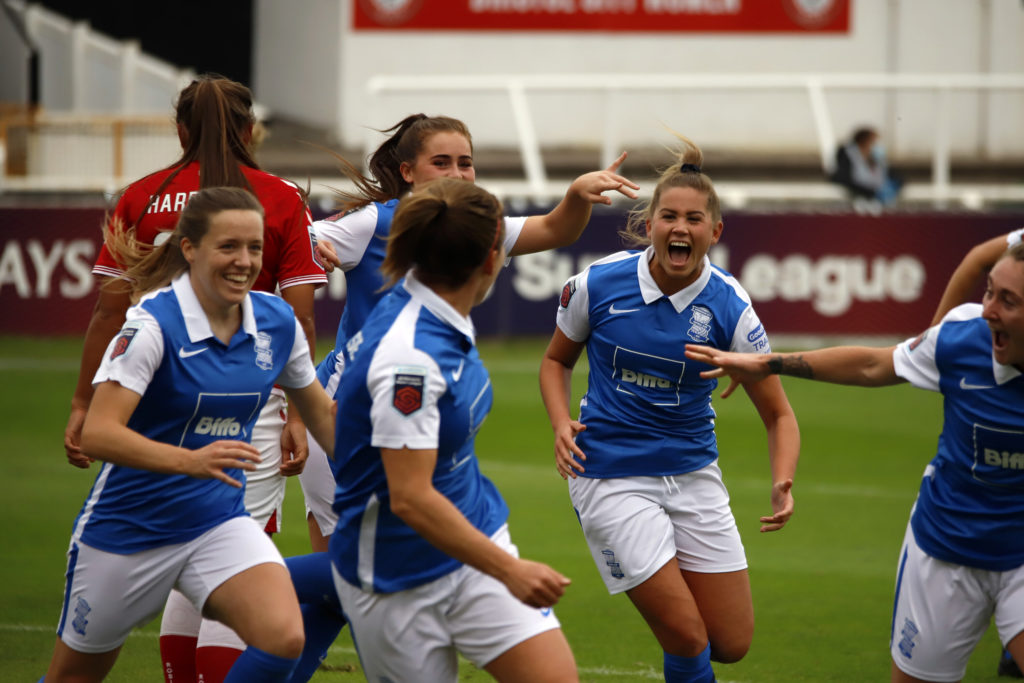 At the start of this season, Birmingham City were favorites for relegation from the FA Women’s Super League. Having only just stayed up last term, they lost several key players in the off-season. Captain Kerys Harrop left for Tottenham Hotspur, Bri Visalli returned to the National Women’s Soccer League with Houston Dash, while England international Lucy Staniforth joined Manchester United.

This was the scene Carla Ward walked in on when appointed manager in August. At the time, Ward had just eight players to work with and there was, understandably, a great deal of uncertainty over the future of the club. And yet, within four months, she has led the league’s underdogs to a safe, mid-table position, scoring some big wins along the way.

After a difficult start of three consecutive defeats, Birmingham surprised Reading with a 1-0 away win on Oct. 11. They followed that up with a 4-0 win away to Bristol City. Then, after a tight 2-1 defeat to West Ham United, they secured a huge ‘Second City Derby’ victory over Aston Villa.

While still early days in this campaign, the early signs under Ward’s management are extremely positive. Birmingham currently sit sixth in the table, eight points ahead of Bristol City in the relegation spot. Survival was the aim, and they appear on course to achieve it.

Access the best women’s soccer coverage all year long
Start your FREE, 7-day trial of The Equalizer Extra for industry-leading reporting and insight on the USWNT, NWSL and beyond.
Subscribe
Existing Users Sign In Here
Related TopicsBirmingham CityCarla WardEnglandExtraFA WSLFAWSLFeatured

The Scoop: What to watch in women’s soccer this weekend
The Equalizer Podcast: Royals sold, relocating to Kansas City