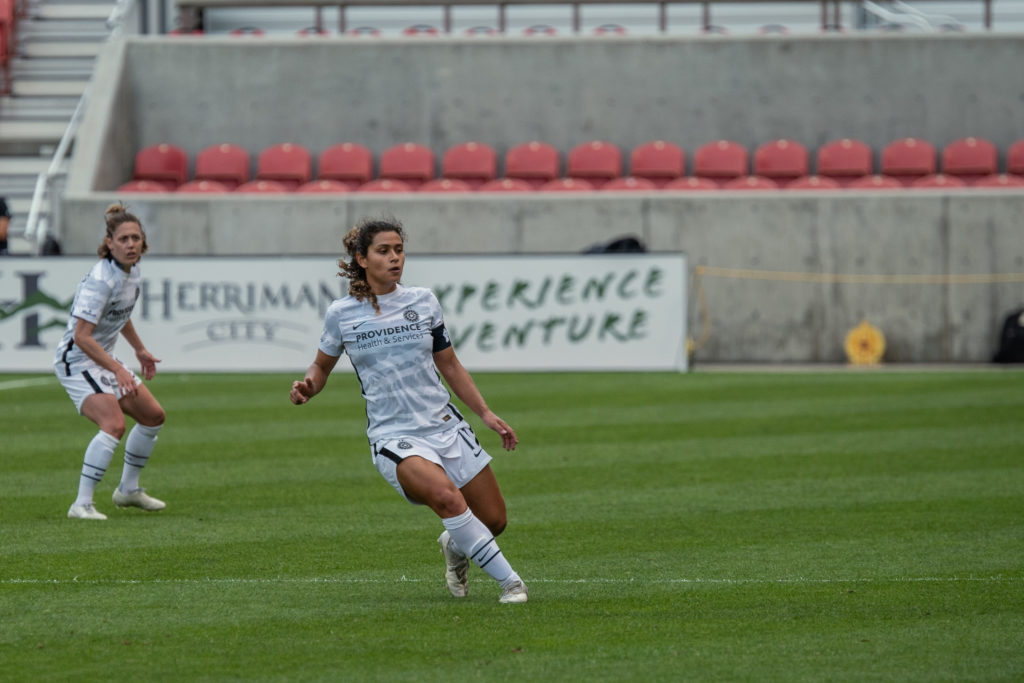 Add Raquel Rodríguez to that list. Rodríguez — who commonly goes by her nickname “Rocky” — joined Portland last offseason via a trade with Sky Blue FC. Now, with one COVID-19-abbreviated season under her belt in the Rose City, she’s a key piece to the Thorns’ plans of returning to the top of the National Women’s Soccer League.

She hails from Costa Rica, a nation that has qualified for the FIFA Women’s World Cup only once, in 2015. Rodríguez has become a star in her own right in the NWSL through her five years in the league. At the NWSL Challenge Cup and Fall Series, she looked right at home with the Portland, a club which she calls “a dream come true.”

“I wanted to come to a team who was very competitive,” Rodríguez told The Equalizer. “I believe that getting out of my comfort zone makes me better. If you surround yourself with those players, you’re only going to get better. Either you don’t survive, or you get better.”

Rodríguez featured in all six Challenge Cup matches for the Thorns, who fell to eventual champions Houston Dash in the semifinals. In the Fall Series, Rodríguez started all four matches, and scored a stellar goal past the entire OL Reign team on Sept. 30 in Providence Park.