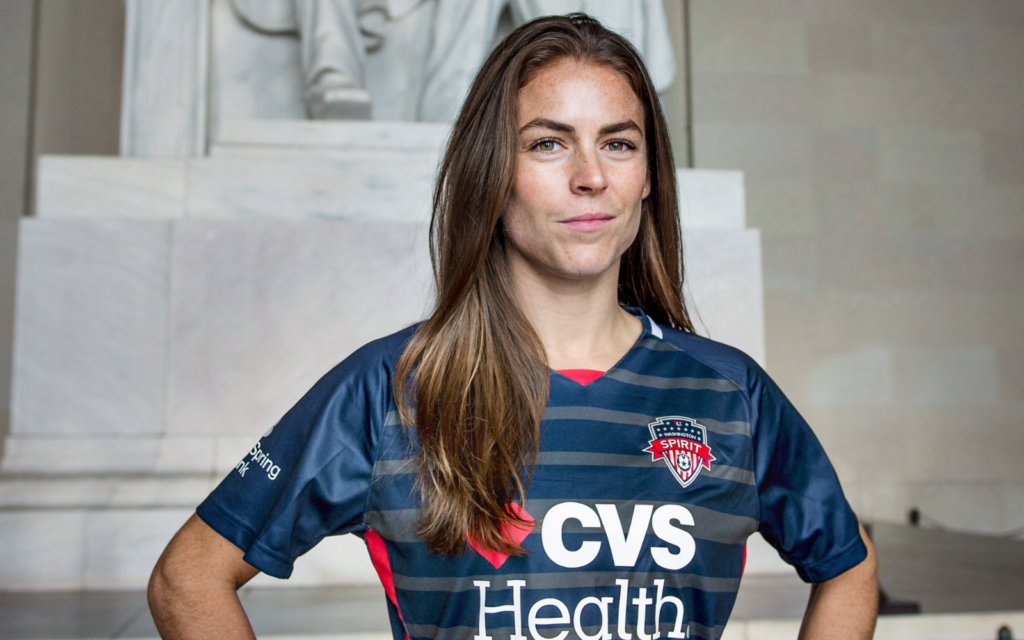 Kelley O’Hara is now officially a member of the Washington Spirit, bringing a conclusion to a months-long saga that left the United States international’s time at Utah Royals FC in limbo.

Washington acquired O’Hara in exchange for $75,000 in allocation money and a natural first-round pick in the 2022 National Women’s Soccer League College Draft, provided that O’Hara plays in a certain number of matches in the 2021 NWSL season.

“I’m absolutely thrilled to be able to get Kelley O’Hara to our club,” Spirit head coach Richie Burke said. “Kelley adds world-class quality to our current squad and is a fantastic addition to our young team. As a World Cup winner and FIFPro World XI player, we have added some valuable experience. More importantly, we’ve added another player who has a winning mentality, and someone who will contribute enormously to our team environment. I’m excited to get started with Kelley as soon as possible and can’t wait to integrate her into our club.”

The Athletic first reported that O’Hara would be traded to the Spirit in August, which prompted Utah general manager Steph Lee to respond to a local report from the Salt Lake Tribune on Twitter claiming that the news was not true.

This is not true… and unfortunately not the first time @AlexVReporting has fed fans rumors as fact. @sltribsports do better, please. https://t.co/0giKvCSR9W

O’Hara then opted out of playing for Utah in the four-game NWSL Fall Series. The Royals organization was in a tailspin by that point, with owner Dell Loy Hansen being forced into a sale of the entire suite of Utah Soccer Holdings and then head coach Craig Harrington being put on administrative leave (he was eventually dismissed).

The Royals then protected O’Hara ahead of the NWSL Expansion Draft but did not protect the rights to Christen Press, who Racing Louisville FC selected. Press is currently a Manchester United player. The Royals said at the time that Press indicated to them that she would not return to play in Utah.

Trading away O’Hara leaves Utah with zero allocated U.S. women’s national team players. The Royals received $75,000 in allocation money as league compensation for losing Press in the draft. They also received $100,000 in the early 2020 trade that sent Becky Sauerbrunn to Portland Thorns FC, and they will receive an additional $50,000 from Portland if (and when) Sauerbrunn is allocated by U.S. Soccer for the 2021 season.

Important context here, because in a vacuum, $75K is a bad deal for losing rights to Press. BUT:

O’Hara leaves Utah having played in only 12 matches since joining the team in 2018. She missed the majority of 2018 and 2019 due to a combination of injuries and national team duty.

“As I move on to the next chapter in my NWSL career I want to thank the Utah Royals organization for providing a top class professional experience,” O’Hara said in a statement. “To the fans, I know that my time on the field in Utah did not meet a lot of people’s expectations, including my own. Please know that I gave all I had to the Royals during my three years and to those that stuck by me and the team through the good and the bad, I am forever grateful.”