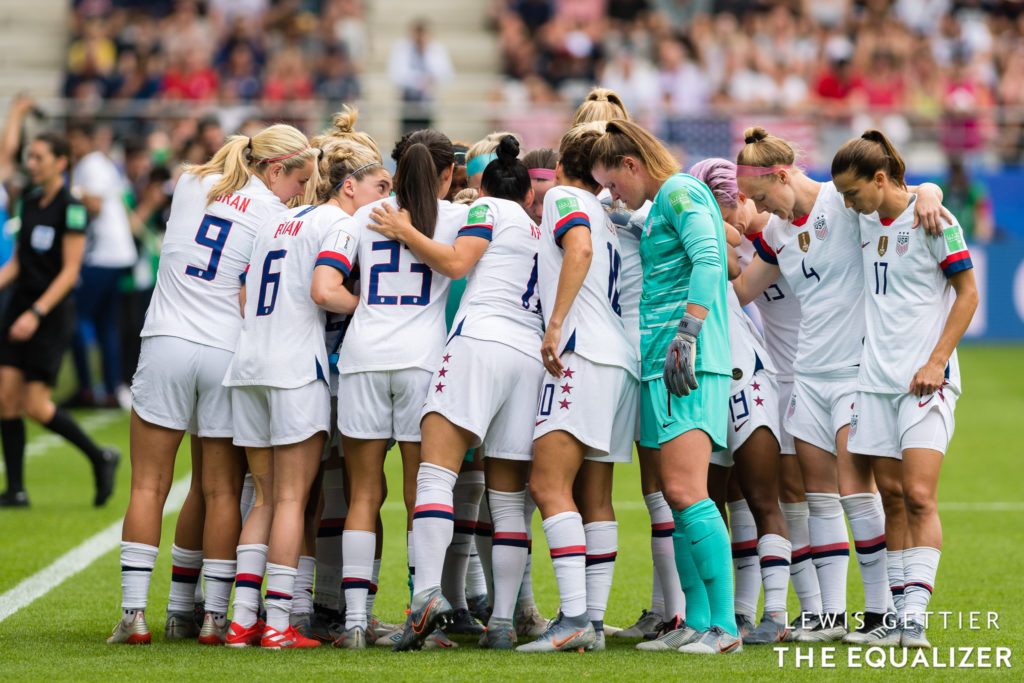 Players suffered a blow to their larger claims for equal pay in May, when Judge Gary Klausner ruled in favor of the federation on the players’ claims of a violation of the Equal Pay Act. The players said they would still appeal that ruling, and maintained that position on Tuesday, despite coming to agreement on working conditions.

“We are pleased that the USWNT Players have fought for – and achieved – long overdue equal working conditions,” USWNT player spokesperson Molly Levinson said in a statement. “We now intend to file our appeal to the Court’s decision which does not account for the central fact in this case that women players have been paid at lesser rates than men who do the same job. We remain as committed as ever to our work to achieve the equal pay that we legally deserve. Our focus is on the future and ensuring we leave the game a better place for the next generation of women who will play for this team and this country.”

The trial for working conditions was originally scheduled to take place on Jan. 26, 2021.

A timeline for the players’ appeal of claims under the Equal Pay Act is difficult to predict as the pandemic continues, but it will likely take several months before there is a decision. A final judgment must first be granted before the appeal could be filed.

New U.S. Soccer president Cindy Parlow Cone and new U.S. Soccer CEO Will Wilson immediately established a more approachable tone upon taking up their positions earlier in 2020. Parlow Cone said in March, prior to U.S. Soccer’s favorable ruling on the Equal Pay Act — and part of the Title VII claim — that it was important to find a resolution to the case.

Agreeing to a settlement on working conditions suggests, at minimum, that there is positive movement toward improving the relationship between players and federation which deteriorated over the past few years and hit a tipping point in March, when sexist legal filings were released publicly

“I hope that the women and their lawyers see that we are taking a new approach,” Parlow Cone said on Tuesday. “The way we reached this settlement was in a collaborative way.”

“It is my hope that we continue down this path and are able to find a resolution on all aspects of this litigation,” she continued, later noting that U.S. Soccer is “100% committed to equal pay” and calling for FIFA to lead the way globally.

The current collective bargaining agreement between the federation and U.S. women’s players expires at the end of Dec. 31, 2021. Asked if Tuesday’s resolution would be helpful as those negotiations near, Parlow Cone — a former U.S. player and World Cup winner — used her platform to reiterate her hope for a better working relationship between federation and players.

A significant gap in thinking still remains between players and federation regarding equal pay an the players’ planned appeal of the May ruling in favor of the federation. Parlow Cone said again that the federation previously offered U.S. women’s players equal compensation to the men, a system which would require women’s players to give up their guaranteed contracts for a per-game payment model. Players have shown no interest in such a model. She also attributed the players’ unwillingness to negotiate to FIFA prize money which is out of the control of U.S. Soccer. The U.S. women earned $4 million for winning the 2019 World Cup; France earned $38 million for winning the 2018 Men’s World Cup.

“And we all know that this just isn’t possible from U.S. Soccer’s standpoint, to make that up,” Parlow Cone said. “Even pre-COVID, this would be devastating to our budget and to our programming, but given COVID — not to be overly dramatic — but it would likely bankrupt the federation.”

Under the revised working conditions agreed to in Tuesday’s filing, U.S. Soccer will provide an equal number of chartered flights to the women’s national team and men’s national team over the relevant period. The federation also agreed to maintain comparable hotel accommodations for the teams.

“Equally acceptable venues and field playing surfaces” will also be provided to the men’s and women’s teams. Women’s games on artificial turf have been an issue raised by the U.S. women since prior to the 2015 World Cup in Canada, which was exclusively on artificial surfaces. That fight began with FIFA and was specific to the World Cup before shifting toward the federation in recent years.

U.S. Soccer also agreed to equal resources to the men’s and women’s senior national teams for staffing, employing between 18 and 21 professional positions to provide support services to the respective team. The agreement builds in a flexibility regarding specific types of positions to allow each team to hire per roles for its specific needs.

All of these conditions would be enforced for a minimum of four years from the effective date.

Details of venue selection and hotel accommodation policies were submitted under seal because they “contain commercially sensitive information about USSF’s internal workings, the disclosure of which to potential counterparties would disadvantage USSF’s business interests.”

The settlement still requires approval. Final judgment must still be entered on the equal pay claims. Once that final judgment is made, U.S. women’s players will have 30 days to file an appeal.