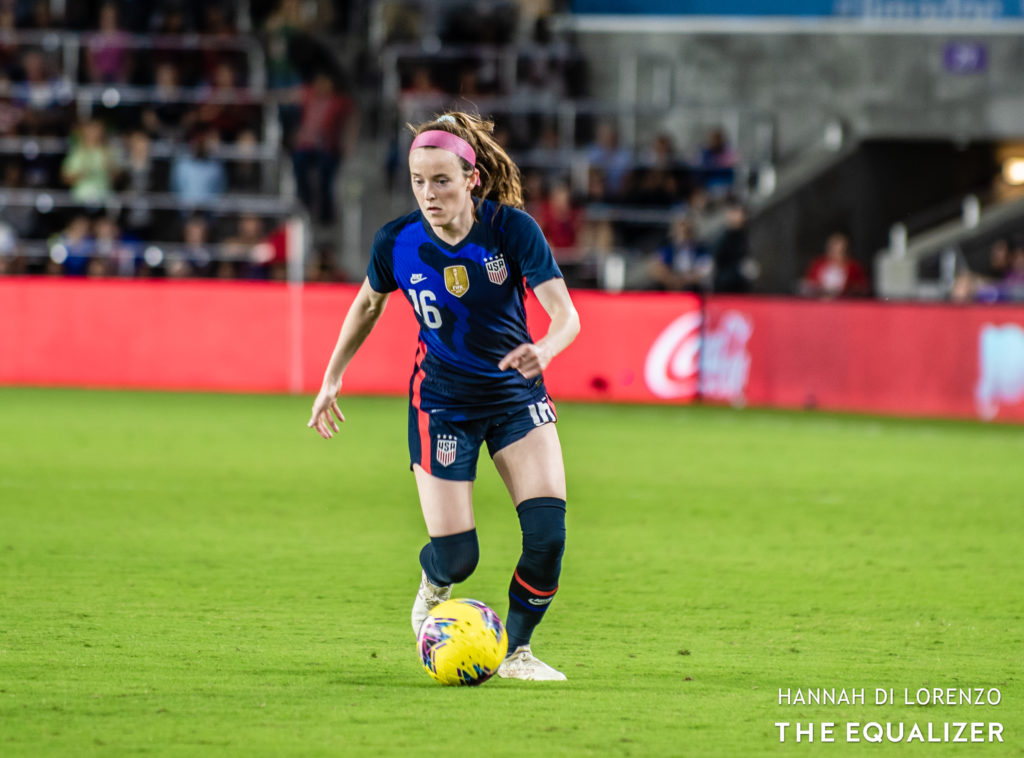 It’s been 261 days since the U.S. women’s national team players suited up for country. However, it’s been even longer since the United States faced off with the Netherlands.

The FIFA Women’s World Cup final pitted the two sides against each other. That fateful game — where the USWNT picked up a fourth star and World Cup trophy — was 506 days ago. That was the last time Alex Morgan featured in an international soccer game, too.

There was a lot to unpack from the first time the USWNT has stepped on the pitch since March. A starting lineup rolled out by head coach Vlatko Andonovski included Lynn Williams in the starting lineup. She was not at the World Cup last year, being one of the late scratches by Jill Ellis.

Meanwhile, picking up from where she left off at the World Cup was Rose Lavelle. Who could forget Lavelle’s goal against the Netherlands in the final, the second one from the USWNT. Lavelle picked up from that match, scoring against the Dutch late in the first half to give the visitors the lead. Lavelle stutter-stepped and shifted the ball to her left foot, sending it to the upper corner of the net and past Sari van Veenendaal.

41' | @roselavelle with her third goal of the year and it’s a BEAUT! 🌹 pic.twitter.com/KEcK3qNdEV

The second included a flurry of movement from the USWNT. Christen Press, who assisted the Lavelle goal, came off in favor of Alex Morgan, who marked her return to the USWNT for the first time since last year’s World Cup final. With her daughter Charlie in the stands, Morgan trotted on the pitch and quickly made her presence known.

However, soon, all the attention turned on Kristie Mewis, the older sister of World Cup winner Sam. She joined her younger sister in the midfield and only took nine minutes to score, cutting through Dutch defenders and then going one-on-one with Veenendaal.

The first to congratulate her? Her sister Sam.

70' | In her first cap since 2014, @KristieMewie comes through with her second USWNT goal and first since 2013! pic.twitter.com/WdCQxW0Ade

Later in the second half, Sophia Smith made her USWNT debut in the 76th minute, entering the contest for her former Portland Thorns teammate Tobin Heath. Midge Purce and Emily Sonnett also entered the game at the same time, marking a youth movement for the USWNT.

The match ended with the same score line of the Women’s World Cup final last year. Of note, the Dutch were without two key pieces. Head coach Sarina Wiegman was not present due to a family emergency — not related to COVID-19 — and so Arjan Veurink took the reins as acting head coach. Also, Vivianne Miedema was hurt before reporting to the national team, so the Dutch was without their leading goal scorer.

For USWNT, a different Thanksgiving abroad caps off a weird year
What we learned from the USWNT’s 2-0 win over the Netherlands