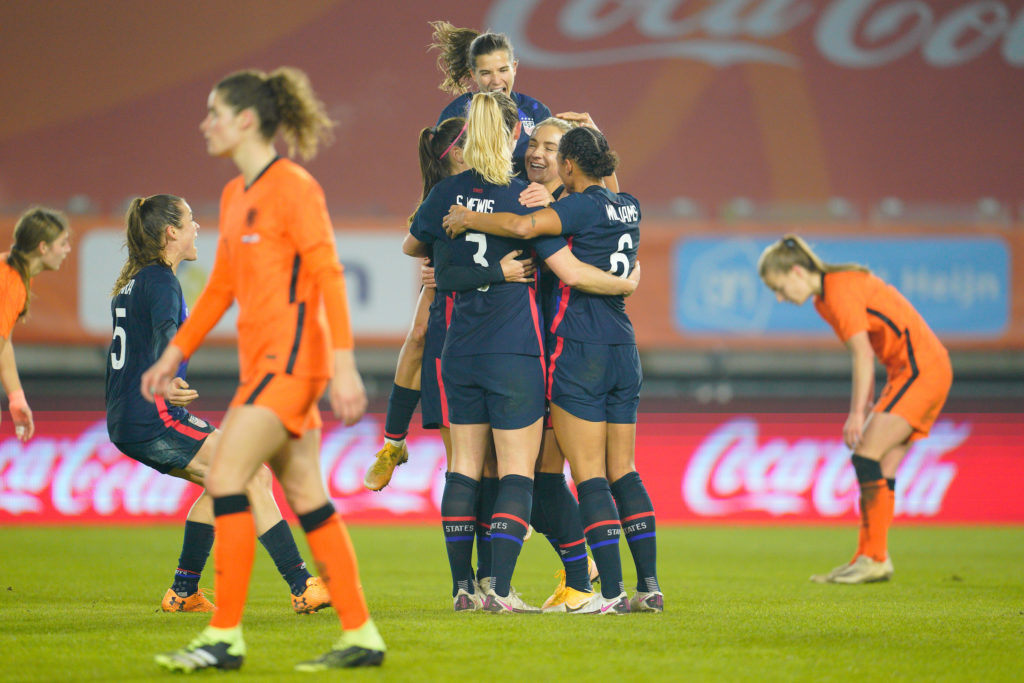 It is difficult to imagine a more dominant performance from the United States women’s national team than Friday’s 2-0 victory over the Netherlands in Breda, considering the Americans were coming off their longest layoff between games in three decades.

Rose Lavelle scored a stunning goal as a reminder that she is in fact the world-class midfielder she is known to be, despite her limited game time thus far at Manchester City. And Kristie Mewis continued the most remarkable comeback in recent memory for the U.S. national team, scoring in her first international match since 2014.

The Dutch failed to put a shot on frame until the 87th minute, and even that was deflected wide. The U.S. can head into 2021 knowing that they haven’t lost a step despite eight-plus months off.

There is plenty to discuss from the match. Here are major talking points from a steamrolling Black Friday victory by the Americans.

Rose Lavelle is the player we knew she was

Manchester City doesn’t seem ready or willing to use Rose Lavelle in her best position, but Lavelle showed the world on Friday what she can do when given a proper, attacking role in the center of a three-woman midfield. Her first-half goal was spectacular and not entirely dissimilar from the one she scored against the Netherlands in the 2019 World Cup final. Instead of carrying the ball a long distance and firing a left-footed shot, as she did in that final, Lavelle helped create a turnover on the other end and made a 60-plus-yard run to get back on the ball and cut inside and onto her left foot for the finish.

Access the best women’s soccer coverage all year long
Start your FREE, 7-day trial of The Equalizer Extra for industry-leading reporting and insight on the USWNT, NWSL and beyond.
Subscribe
Existing Users Sign In Here
Related TopicsExtraFeaturedKristie MewisNetherlandsRose Lavelle

USWNT tops the Netherlands, 2-0, in World Cup Final rematch
On Kristie Mewis, 2020 and appreciating the moment