USWNT returns to field against Netherlands amid ongoing uncertainty 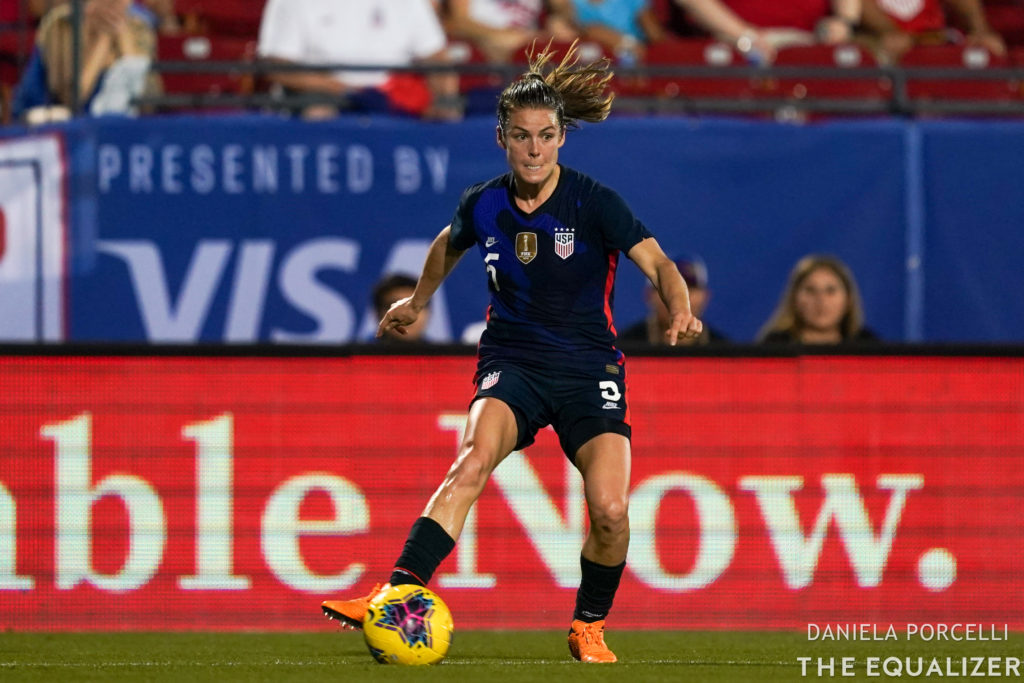 The longest layoff between games for the United States women’s national team in three decades is expected to end on Friday, when the Americans line up on a field in an empty stadium in Breda to play the Netherlands in a rematch of a 2019 World Cup final. That match will feel like it took place years ago as the COVID-19 pandemic approaches a full year of disrupting life globally.

There is no reason to doubt that the game will take place at this point, but this is the context of everything in 2020, when nothing has been certain and everything must be hedged as an ‘if’ or ‘hopefully.’ The Americans planned for this match for several months, but the federation only officially announced its plans for it on Nov. 15, less than two weeks before the scheduled kickoff. The recent spike in COVID-19 cases in the U.S. and globally meant that even after the game was booked, there was some hesitation to say it is happening.

United States women’s national team general manager Kate Markgraf told The Equalizer in October that she hoped the team would have a competitive match in November, but said she does not speak in absolutes in the current environment, when plans change rapidly.

“You have to make decisions knowing you could be wrong 10 days later,” Markgraf said. “But if you don’t make decisions, you can never be opportunistic of the limited opportunities that could present [themselves] in the COVID world.”

Lindsey Horan missed the trip to the Netherlands after testing positive for COVID-19 in pre-travel screenings. The Americans went through a 10-day training camp in Colorado in October without any confirmed positive cases. And there have not been any confirmed positive cases announced from inside their bubble in the Netherlands, where they are strategically isolated at a remote hotel in a complete bubble from the outer world.

That leaves Friday’s game, which will be the first in 261 long days since the U.S. won the SheBelieves Cup on March 11, beating Japan 3-1, the night COVID-19 shut down the NBA and, soon, the rest of the sports world. That night, players wore their warm-up tops inside out to hide the U.S. Soccer crest and show only the four stars representing their World Cup titles, an act of protest following the public disclosure of sexist legal arguments the federation made against players in the ongoing equal pay lawsuit. It is the longest layoff for the team in three decades, since the nascent years before the first Women’s World Cup.

While there is a feeling of relief that the team can get back onto the field at all, there is also an anxious subtext around what lies ahead — or, at least, what is planned. Friday’s game is one of possibly only a handful that the U.S. will play prior to the rescheduled Olympics next summer, and the Netherlands will serve as a benchmark of progress, even if the Americans are only just getting back on the field (Europe returned to competitive international play in September).

“There’s a reason why we wanted to play a team like Netherlands,” U.S. coach Vlatko Andonovski said. “They are one of the best teams in the world and I’m pretty sure that they are going to be able to expose some of our weaknesses or areas that we need to get better at or improve before going to the Olympics.”

Kickin’ Back with Heather O’Reilly

Vivianne Miedema, who has a legitimate claim to being the best player in the world, will miss the match due to a hip injury. Alex Morgan, the United States’ go-to No. 9 for the past decade, will see her minutes limited as she continues to work back to full fitness post-maternity. Horan is also notably absent.

Thus, even if Friday is a rematch of the most recent World Cup final, and a meeting of two clear Olympic favorites, it is likely that any potential meeting in Japan next summer would look drastically different than whatever happens on Friday.

Andonovski concedes that players are not fully fit due to the circumstances of 2020, but he isn’t lowering his expectations for Friday’s match.

Andonovski added that he does want to see how the longtime national team players look together after such a long time off, but that he will “take this opportunity to introduce some of the new players to the environment and the game or match-type environment.”

Friday’s match will end the abbreviated 2020 calendar year for the U.S. women ahead of the annual, CBA-mandated six-week rest period. Then should come the usual January training camp with no games, followed by another SheBelieves Cup. That is the plan, at least — one Markgraf thinks will happen, having learned best safety practices throughout this pandemic.

Even if the SheBelieves Cup takes place in February, the matches will be among a maximum of eight possible games in 2021 before the Olympics, based on FIFA international windows. That is a best-case scenario — an obvious statement, but the lack of real training time together puts a premium on every practice and match.

“I think it’s huge,” U.S. goalkeeper Alyssa Naeher said of having a match to play in again. “We haven’t had a ton of time with obviously a new coaching staff after the World Cup, and growing with that stuff and growing with a mix of players — veteran players, younger players and just trying to learn each other and continue to evolve as a team. I think to be able to get together now in this time going into 2021, I think the Olympics are gonna come quickly and there’s not gonna be a lot of opportunity to get together between now and July, so we have to be able to take advantage of every opportunity to get together that we can.”

Midfielder Sam Mewis referenced “the spirit of this team” for its ability to handle this new form of adversity. The American spirit is an oft-referenced, intangible quality which often borders cliché yet almost always rings true in the biggest moments.

Mewis, Naeher and teammates use the word “hopefully” often. Every plan is couched with the qualifier that it can’t be taken for granted, whether discussing the ability to hold routine practices or the Olympics even happening in 2021.

“I think it’s something that we probably are all thinking about right now,” O’Hara said about the challenges around the team’s preparations. “It’s on our mind because, as it stands, [the] Olympics are happening in eight months, so that’s a short amount of time to get ready and like I said, I feel like we do look pretty good at practice.”

“I think my biggest concern will be everyone getting enough experience, exposure, repetition leading into the Olympics with however things are structured in the U.S. next year with NWSL and that players hopefully who are playing in Europe or wherever they’re playing, they’re getting enough — we’re getting enough — repetition, we’re able to be in team training environments, and we’re also able to be together as U.S. team. So, I’m hopeful. I know it’s necessary, but regardless, as a team, we always just figure it out.”

The title race is on in France: Can PSG finally unseat Lyon?
For USWNT, a different Thanksgiving abroad caps off a weird year