WoSo Around the World: Lyon lose first place to PSG 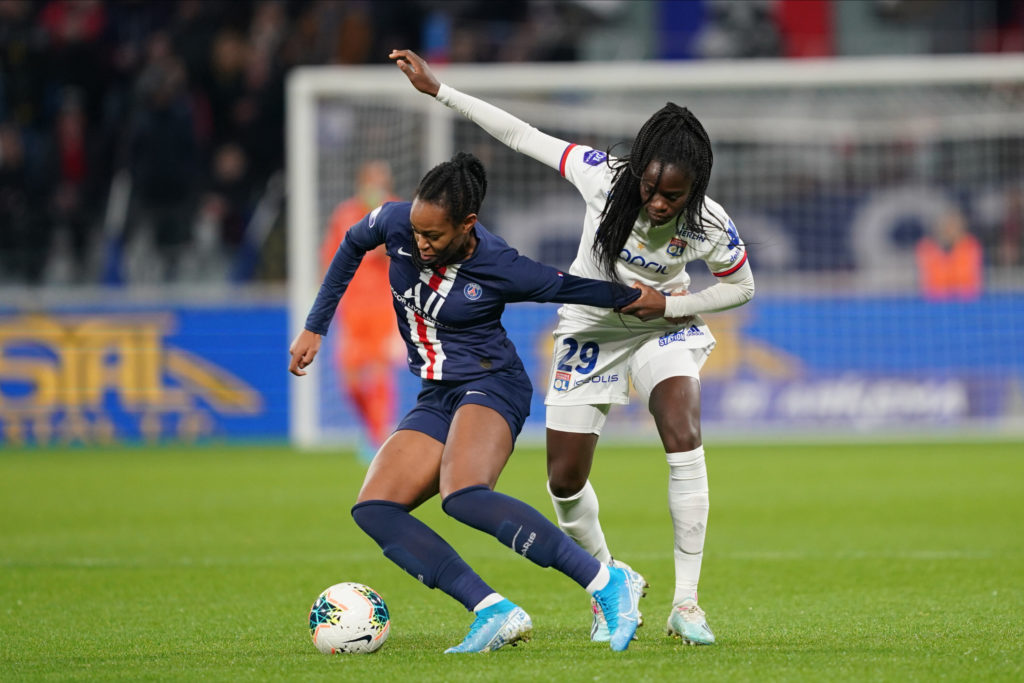 The Latest: Paris Saint-Germain sent shockwaves around Europe with a 1-0 win over Lyon on Friday to take possession of first place. Marie-Antoinette Katoto scored in the 10th minute to give the hosts the lead and Lyon were unable to reply over the final 80 minutes of the match. Lyon have won the last 14 French titles with PSG checking in runners-up seven times in the last eight seasons. The Paris side can now win the title if they match Lyon the rest of the way and secure an away draw on March 13. PSG did drop points in a draw at Bordeaux in September so for the moment, a split of the two matches against Lyon will not be enough. In other action, Khadija “Bunny” Shaw scored her league-leading 11th goal of the season to give Bordeaux a 1-0 win at Paris FC. Bordeaux maintained a one-point lead over Montpellier for the newly-minted third Champions League spot.

.@PSG_Feminines secured a HUGE win over @OLfeminin to go top of the table in @D1Arkema. Catch up on highlights and news—plus maybe the goal of the season in @DFB_Frauen—this week on The Scoop.

The Latest: A week after hitting the top of the table, Granadilla Tenerife surrendered two points late when Lucia Garcia scored in the 77th and 89th minutes to hand Athletic Club a 2-2 draw. Atletico Madrid returned to the top on goal difference with an 8-1 pounding of bottom-feeder Deportivo de la Caruna. Ludmilla scored four of the eight goals. Barcelona, though, remain in control following a 5-1 decision over Real Sociedad. Barca are two points behind the leaders with three matches in hand. In the relegation zone, Sporting de Huelva were two goals up and 13 minutes away from their first win of the season but goals by Miriam Rodriguez and Queralt Gomez Sarriol in stoppage time lifted Eibar to a 2-2 draw.

The Latest: Only four of the scheduled six matches from the weekend went on as scheduled with leaders Bayern Munich (v. Bayer Leverkusen) among those postponed. At the bottom of the table, Meppen secured their first win of the year, 2-1 over SC Sand who they trail by only a point in the battle to stay in the top flight. MSV Duisburg are now solo bottom and the only side without a win.

Camilla (Pride) started and subbed off during Palmeiras’ 3-0 semifinal loss to Corinthians.

Sam Mewis (Courage) entered in the 68th minute and took the first penalty, converting it, for Manchester City against Manchester United following a scoreless draw in the Continental Cup. Despite the loss, Manchester City secured passage to the quarterfinals. They did it without Rose Lavelle (Reign) who picked up an injury in training and was not dressed for the match. Tobin Heath (Louisville) played the first hour for United before being replaced by Christen Press (Louisville)… Caitlin Foord (Louisville) scored Arsenal’s second goal and converted a penalty following a 2-2 draw against Tottenham Hotspurs. Shelina Zadorsky (Pride) hit the equalizer for Spurs with a header off a corner kick in the 88th minute. Alex Morgan (Pride) played the second half and missed the frame on her penalty. Alanna Kennedy (Louisville) played 90 for Spurs and converted her PK. Arsenal took the extra point winning the shootout… Jess Fishlock (Reign) played all 90 minutes for Reading and began the buildup to the second goal in a 2-0 Cup win over Brighton & Hove Albion. Denise O’Sullivan (Courage) turned in her sub card and entered the match at 57 minutes… Emily van Egmond (Pride) scored in the 3rd minute to send West Ham United on their way to a 4-0 win over Charlton Athletic. Rachel Daly (Dash) had two assists including one to van Egmond.

Taylor Korniek (Pride) scored the goal for MSV Duisburg to avoid a shutout but they still lost 6-1 to Essen to fall to the bottom of the table in Germany… Meaghan Nally (Thorns) and Turbine Potsdam were postponed against Werder Bremen.

Jodie Taylor (Reign) was an unused sub giving her a chance to watch her Lyon side lose a league match for the first time in 47 months, 1-0 to Paris Saint-Germain. Celia Jimenez Delgado (Reign) was not on the team sheet… Kaleigh Riehl (Louisville) played 90 minutes and Evelyne Viens (Sky Blue) 56 for Paris FC who lose 1-0 to Bordeaux.

Jada Moore (Pride) played 90 in Atletico Madrid’s 8-1 demolition of Deportivo de la Coruña to move them provisionally to the top of the table in Spain.

Nahomi Kawasumi (Sky Blue) played the second half for INAC Kobe in a 2-0 win over Albirex Nigata Ladies… Yuki Nagasato (Louisville) started and played 53 minutes in her final match for men’s side Hayabusa Eleven who defeated Verdero 2-1 to qualify for the playoffs.

Amandine Henry has had enough
The title race is on in France: Can PSG finally unseat Lyon?