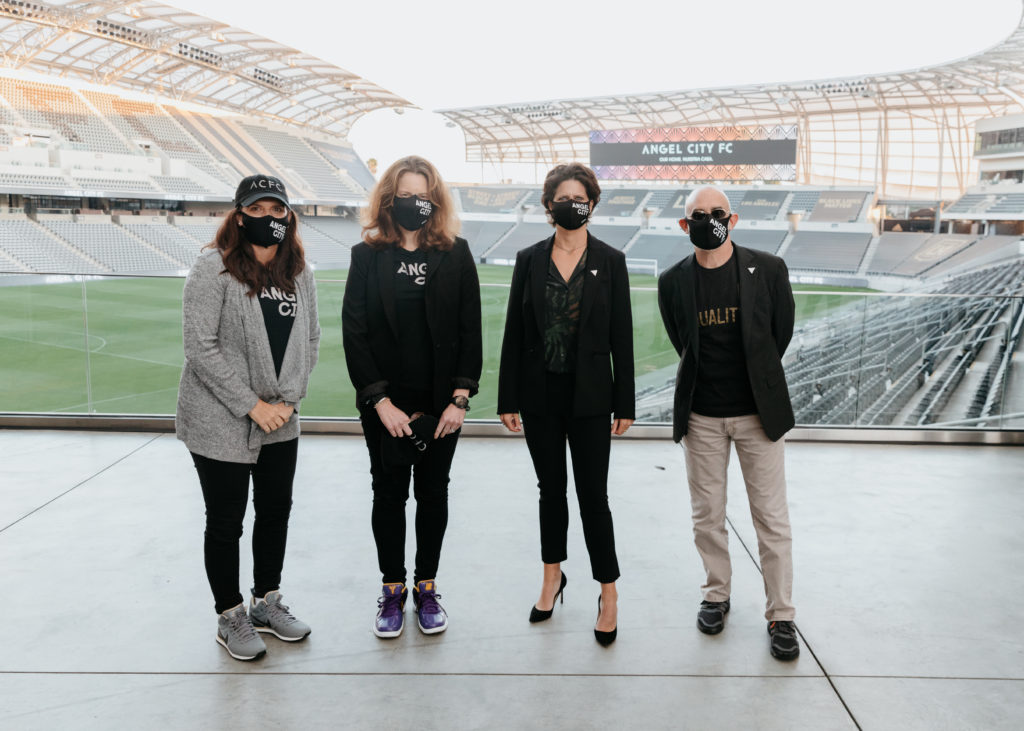 Angel City FC isn’t officially joining the National Women’s Soccer League competition until 2022, but it’s full steam ahead for the organization when it comes to planning and preparation. Angel City FC has a home for their anticipated season: The Banc of California Stadium.

The venue is already home to Los Angeles FC — more commonly known as “LAFC” — who have been occupants of “The Banc” since the club’s inaugural MLS season in 2018. Now, the two clubs will share the venue.

There was connection already before the stadium announcement, though. Mia Hamm, one of many owners and investors of Angel City FC, is also a minority owner of LAFC.

In a statement, Angel City FC founder and president Julie Uhrman said that announcing the stadium deal is a “major milestone” for the latest expansion side.

Thank you for the star-studded welcome to our new home! pic.twitter.com/LDcgSuScw9

“We could not be more excited than to play in this spectacular venue right here in the heart of Los Angeles,” Uhrman said. “We are building a club for all Los Angelenos, united in their support of women’s soccer and the magic that L.A. brings to its fans, players, and teams.”

Angel City FC will have access to the same training facilities as LAFC. Co-president of LAFC, Larry Freedman, said that Angel City FC is part of the family, now.

“From the beginning, we set out to build a club where everyone was welcome — a club that would strive to unite the world’s city through the world’s game,” Freedman said. “We are thrilled to welcome our new partners, Angel City FC, to our family, to our home, and to their new home. We look forward to standing shoulder-to-shoulder with ACFC to create great experiences here in the Heart of Los Angeles.”

Angel City FC has already made waves in the NWSL — and the club doesn’t even have a coach or players, yet. A star-studded list of owners includes the likes of actors Natalie Portman, tennis superstar Serena Williams, women’s soccer legends like Hamm, Julie Foudy, Lauren Holiday and Abby Wambach, and also MLS and U.S. Soccer legend Cobi Jones — just to name a few.

Now, the search is on for a coach, as the expansion club waits and plans for their first-ever NWSL season in 2022.