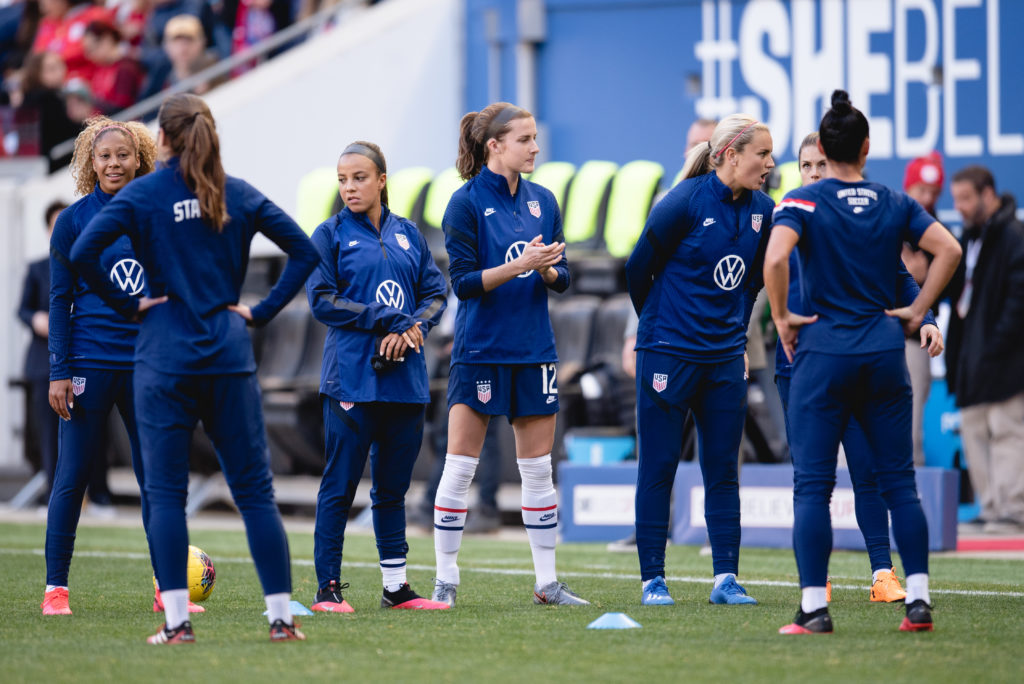 It seems Lindsey Horan is just not meant to play against the Netherlands. The United States women’s national team midfielder will miss training camp after testing positive for COVID-19 and will not be available for next week’s friendly in Breda.

Last summer, having lost her starting role in the midfield, Horan did not feature in the World Cup final against the Netherlands, in part due to Kelley O’Hara’s concussion that cost Jill Ellis an unplanned substitution. In Horan’s absence, uncapped Florida State junior Jaelin Howell has been called in to camp.

As the team trudges ahead toward its first match since the SheBelieves Cup in March, here are three other things to watch for — or take note of.

The Catarina Macario era is here – sort of

Catarina Macario became a U.S. citizen last month, a major stepping stone toward eventually being eligible to play for the U.S. national team. There are still more steps along the way with FIFA, meaning Macario will not be eligible to play against the Netherlands. But head coach Vlatko Andonovski still saw it fit to bring her into camp for the first time in October and again for the trip to Breda. The timeline for Macario being able to play is not entirely clear, but Andonovski said recently that there is reason to believe she could be ready to go ahead of next summer’s Olympic Games in Tokyo.

Those words, and the resources spent getting Macario into this camp, speak volumes about U.S. Soccer’s intentions for the two-time MAC Hermann Trophy winner, who is also projected to be the top pick in the National Women’s Soccer League draft in January.

Amandine Henry has had enough
Kickin’ Back with Heather O’Reilly