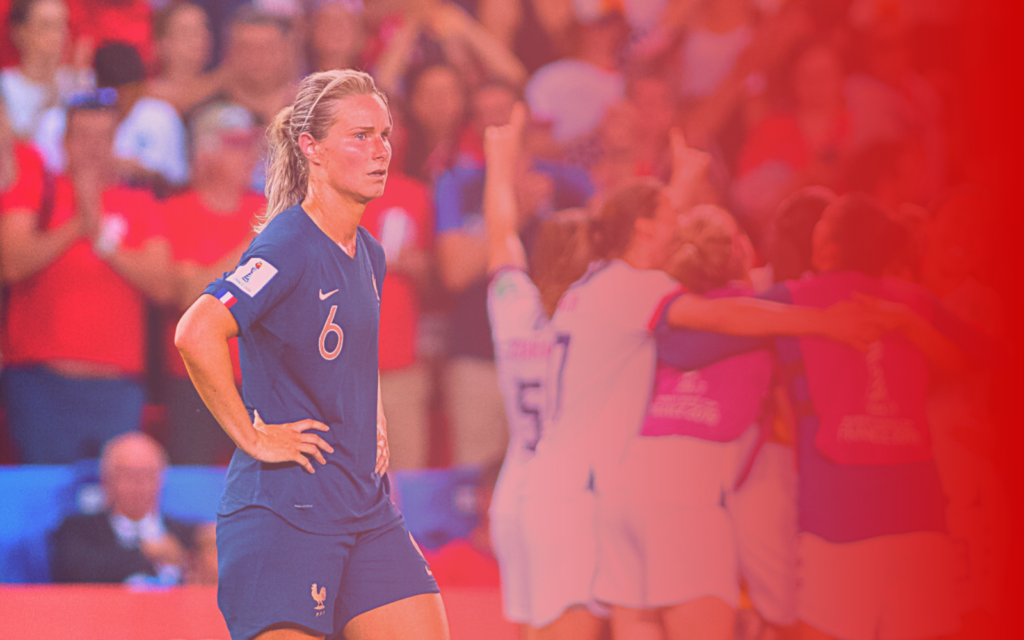 On a sweltering night in Le Havre, Amandine Henry was at the bottom of a dog pile, but on top of the world. In the 107th minute of France’s World Cup Round of 16 game against Brazil, the France captain had beaten her defender and turned Amel Majri’s free kick into the back of the net with an outstretched leg for the go-ahead goal that would send Les Bleues on to the quarterfinals.

Henry beamed as she dug her way out from under a tangle of teammates.  Along the touchline, the substitutes waited to salute their captain. On the surface, everything seemed to be going right.  France’s dreams of a World Cup win on home soil were alive and well, and Henry seemed poised to lead the team to its first ever major tournament trophy.

A little more than a year later, Henry instead finds herself leading the team in a revolt against coach Corinne Diacre. In a candid interview that aired Sunday on Canal Football Club, Henry opened up about long-running unrest within the French national team and the increasingly strained relationship between the team’s star players and their coach.

Henry’s comments are the latest in a series of high-profile criticisms of Diacre. The tension between the coach and France’s most decorated players leaves Les Bleues in a precarious position with major tournaments on the horizon as the country’s golden generation of players looks to end France’s trophy drought.

Access the best women’s soccer coverage all year long
Start your FREE, 7-day trial of The Equalizer Extra for industry-leading reporting and insight on the USWNT, NWSL and beyond.
Subscribe
Existing Users Sign In Here
Related TopicsAmandine HenryExtraFeaturedFrance

Analyzed: The contrasting fortunes of Lavelle and Mewis at Man City — and how they could both fit on the field
Breaking down the latest USWNT roster: Macario, absences and returns