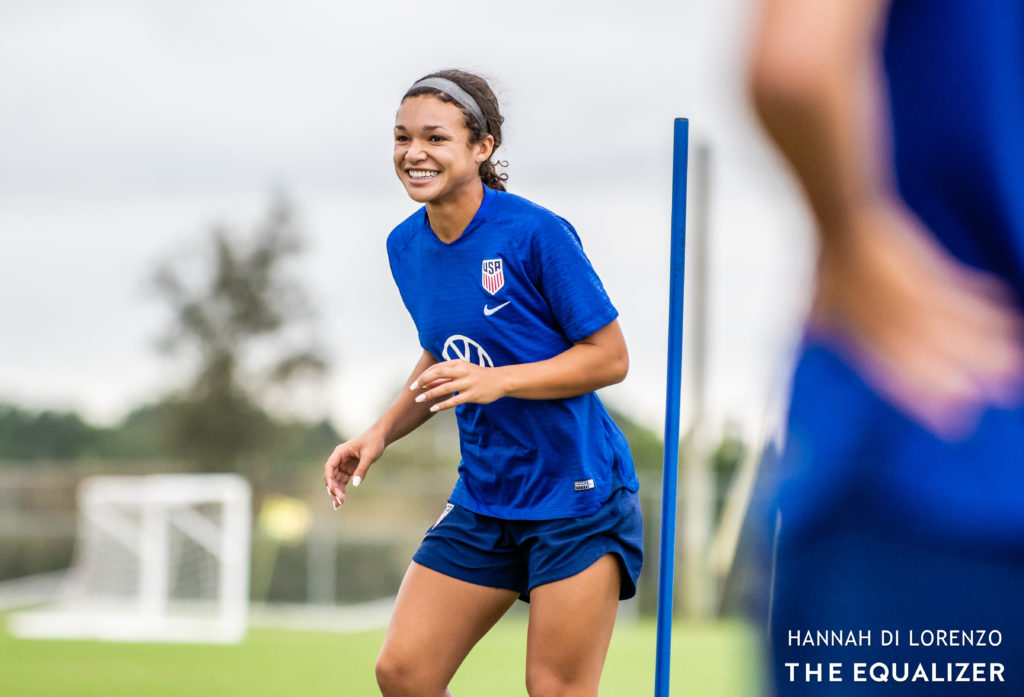 The handful of star American players in Europe will re-join the United States women’s national team for its final game of 2020 — and first in over eight months — on Nov. 27 against the Netherlands. U.S. coach Vlatko Andonovski announced his roster on Tuesday and it includes Alex Morgan’s return to the team after over a year away following the birth of her first child and the subsequent COVID-19 pandemic.

Morgan has been playing with Tottenham in England’s FA Women’s Super League, where Sam Mewis, Rose Lavelle, Tobin Heath and Christen Press are also playing. All five of those players — plus Emily Sonnett, who has been in Sweden helping Goteborg win a league title — missed the United States’ October training camp in Colorado due to travel restrictions, but they will join the team next week for a six-day camp ahead of the match in Breda.

Also on Andonovski’s roster are Catarina Macario, Kristie Mewis and Sophia Smith. Macario is widely considered the best young player in the pool at 21 years old, and Andonovski spoke glowingly of her recently. However, Macario will only be training with the team; she is not yet eligible to play for the U.S. in a senior-team match as she await FIFA clearance.

Kristie Mewis, who turns 30 in February, is back on a U.S. roster for a camp involving a match for the first time since 2014. She earned a return to the team at October training camp following an incredible 2020 run of form with the Houston Dash.

UPDATE (11/18): Lindsey Horan has tested positive for COVID-19 and will not travel. She is replaced on the roster by Jaelin Howell.

Equally notable on this U.S. roster is the goalkeeper position. Incumbent No. 1 Alyssa Naeher is headed to the Netherlands, but she will be joined by Aubrey Bledsoe and Jane Campbell, perhaps signaling a shift at the No. 2 goalkeeper position. Ashlyn Harris has been the No. 2 for the U.S. for nearly a decade, first backing up Hope Solo and then Naeher, who earned the role ahead of the 2019 World Cup. Harris is absent from the camp, however, as is Adrianna Franch, who has been injured for most of 2020. That clears the way for Bledsoe and Campbell, from the Washington Spirit and Houston Dash, respectively.

Other players joining from outside the typical crowd of regulars are defender Alana Cook and forward Ashley Hatch.

“I love the challenge of bringing this group together, getting about a week of training and then playing the European champions on their home ground,” Andonovski said. “We have a lot of experience on this roster, but also a few players who have never been through a match like this before, so the best thing is that we will learn. We’ll learn about individuals and about the team. Consistent high performance is the most important factor in making rosters and starting lineups, and this trip will give our players the chance to show themselves in high level training and match environments.”

Houston Dash, Dynamo unveil new crests and branding in effort to unify
WoSo Around the World: Bayern knock off Wolfsburg