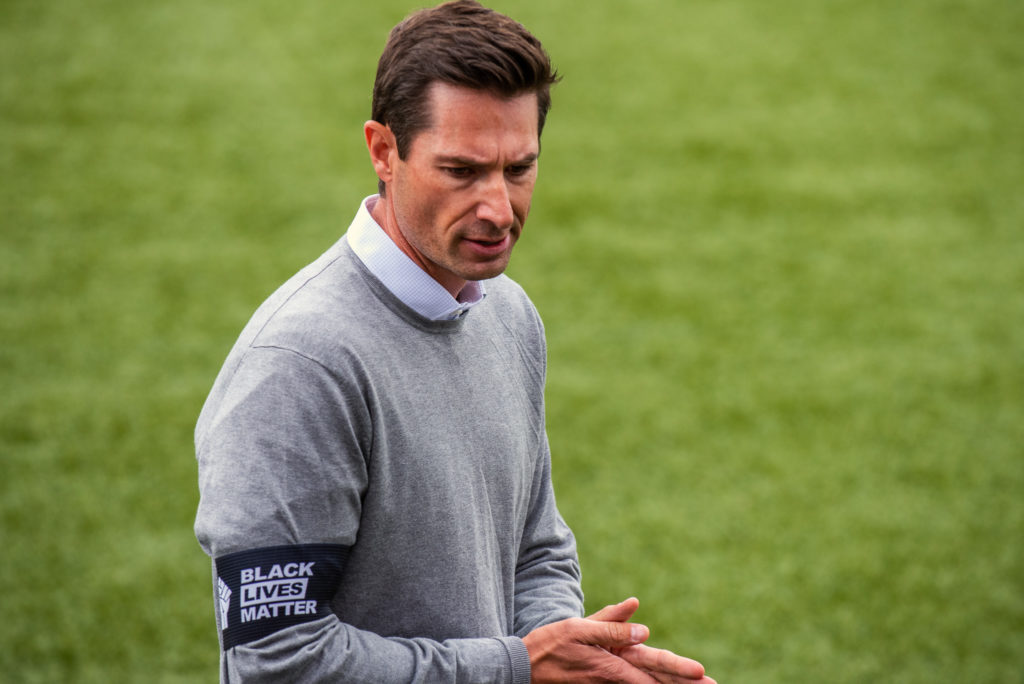 Utah Royals FC announce on Monday that Craig Harrington’s contract has been terminated, an inevitable outcome which The Equalizer first reported in late September. Amy LePeilbet will remain as interim head coach “until further notice,” the club said in a statement.

Harrington was hired as the second head coach in Utah franchise history in February. He coached only five games for Utah due the COVID-19 pandemic’s impact on competition. Utah, which hosted the summer’s National Women’s Soccer League Challenge Cup, lost to the Houston Dash — eventual champions — in the quarterfinals in a penalty-kick shootout.

Harrington was abruptly put on administrative leave shortly before Utah’s first match in the NWSL Fall Series, with confirmation from the team only coming after the Royals showed up in Portland with LePeilbet on the bench as the broadcast of the game started. The Royals still have not confirmed why Harrington was disciplined, but sources said, and other reports corroborated, at the time that it involved inappropriate comments to fellow staff. Harrington has not commented publicly.

Assistant coach Louis Lancaster, who had also been put on administrative leave, has been reinstated to his role.

As reported first to members of The Equalizer Extra on Sept. 29, sources say that Utah general manager Stephanie Lee is intent on the next head coach being a woman. Harrington replaced Laura Harvey — the franchise’s first coach — after Harvey left for a role with U.S. Soccer. With that in mind, and Amy LePeilbet’s growing credentials — as well as familiarity with the Royals’ setup — there’s an obvious candidate right in front of Lee and the Royals.

Utah, however, has bigger things to figure out still. Owner Dell Loy Hansen is selling the team and related soccer assets, including MLS’ Real Salt Lake, after accusations of a longstanding toxic work culture were reported in August.