Star signings signal intent, but a young, English core has Manchester United atop the FAWSL 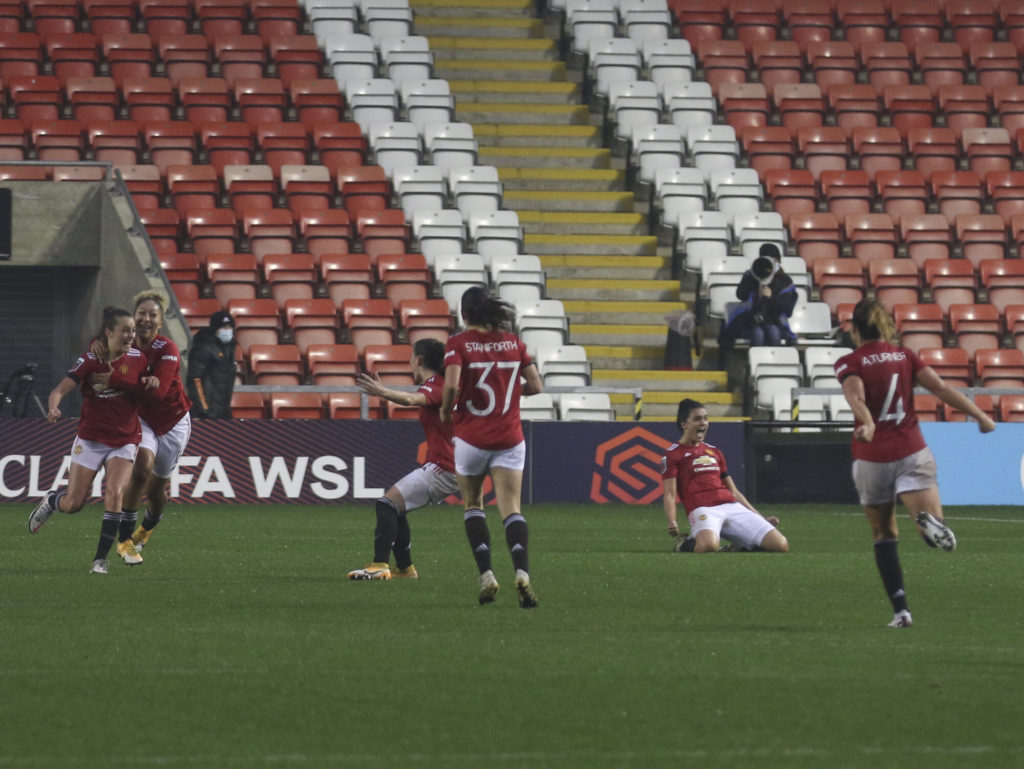 Manchester United secured a statement win on Sunday, beating Arsenal 1-0 thanks to a goal from Ella Toone. In the process, they sealed their first league victory over a member of the traditional ‘big three’ (a group that also includes Chelsea and Manchester City), and surged to the top of the FA Women’s Super League table.

The win was deserved. Casey Stoney’s side had the better of the contest, recording 23 shots to Arsenal’s 11, with five of them on target to Arsenal’s two. These numbers emphasize the fact that Stoney got her tactics spot on, with United’s intense pressing consistently forcing their visitors long or into turnovers.

Toone not only scored the winning goal, but enjoyed a key role in her team’s defensive and attacking play. At 21 years of age, she has a bright future ahead of her. And she isn’t the only talented prospect helping to drive Manchester United forward into title contention. Manchester United has a bright future ahead, and it includes several young, talented English players.

Access the best women’s soccer coverage all year long
Start your FREE, 7-day trial of The Equalizer Extra for industry-leading reporting and insight on the USWNT, NWSL and beyond.
Subscribe
Existing Users Sign In Here
Related TopicsElla TooneExtraFA WSLFAWSLFeaturedManchester United