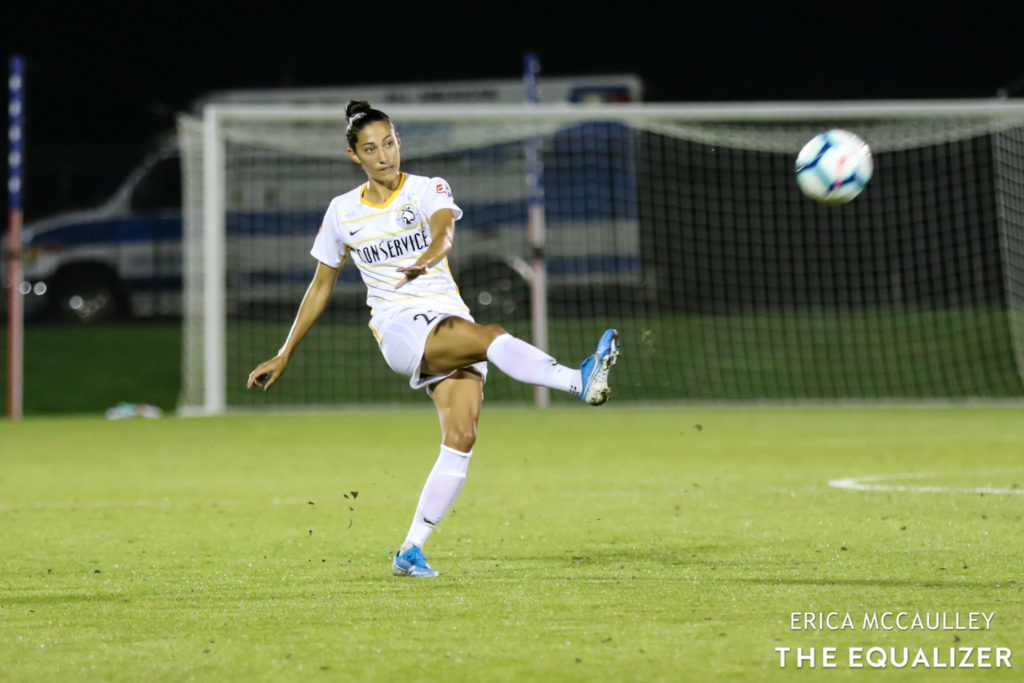 The dares have been issued to Racing Louisville FC. And now, as the saying goes, we wait.

Eight of the nine incumbent National Women’s Soccer League teams released their lists of protected players for next week’s expansion draft (the Chicago Red Stars have immunity), and the headlines will show significant United States women’s national team talent available for the 2021 expansion side, Louisville, to select in the Nov. 12 draft (7 p.m. ET on Twitch). Reality, however, is much different.

Ashlyn Harris, Tobin Heath, Ali Krieger, Carli Lloyd, Christen Press, Megan Rapinoe and Becky Sauerbrunn are all available for selection by Louisville, but all of those U.S. internationals will be 32 or older by the start of the 2021 season, and each is almost certain to never play for Louisville if selected, for a variety of reasons. Most of those U.S. players have stated their intentions of seeing out their careers with their hometown or longtime clubs. Heath and Press are currently under contract with Manchester United at least through the end of the current European season in May.

Racing Louisville FC also has incentive not to select any U.S. players. Louisville would receive a $150,000 allocation money grant for not selecting any U.S. allocated players in the expansion draft (and $75,000 for selecting only one). That money can only be used for roster transactions — including, as conspicuously and explicitly stated by the NWSL, the first pick in the 2021 NWSL College Draft. That pick is widely anticipated to be Catarina Macario, a player regarded as a generational talent and the future of the U.S. national team, after recently obtaining citizenship.

Louisville can select up to 18 players in the draft, a maximum of two per team. If the expansion side selects a U.S. player, that is the only player they can select from that club, which further puts a premium on U.S. talent. Existing NWSL teams are aware of this leverage and have dared Racing Louisville to play hardball, or take a significant risk, in one way or another. For a team like Portland Thorns FC, that is by necessity. The Thorns have five U.S. allocated players and can only protect two; Lindsey Horan and new addition Crystal Dunn were obvious choices to protect as players to build the team’s future around. Sauerbrunn has said that she plans to end her career in Portland, and Heath wouldn’t be available much or, possibly, at all in 2021. That leaves Thorns goalkeeper and 2020 U.S. allocated player Adrianna Franch as the most intriguing possibility for selection by Louisville.

Press being left unprotected by Utah Royals FC is the most curious of decisions, since the Royals only have two U.S. allocated players (Kelley O’Hara being the other) and could have protected Press — undoubtedly the most talented player on the roster. But Press didn’t play for Utah at all in 2020, and the Royals are a relative mess right now. Craig Harrington was put on administrative leave midway through the NWSL Fall Series in September, and Dell Loy Hansen is selling the team and other soccer assets following allegations of sustained racist and sexist behavior that created a toxic club culture. Both of those situations remain in limbo and little has been communicated from the Royals recently regarding the status of either.

How will Racing Louisville FC coach Christy Holly and executive vice president of development James O’Connor play this draft? Nov. 12 will bring those answers. In the meantime, we’ll be doing our own mock draft here on equalizersoccer.com and on The Equalizer Podcast.

Below is the list of protected and unprotected players as per the NWSL. Included are several long-retired names whose rights are apparently still with clubs. Your guess is as good as ours on some of those.