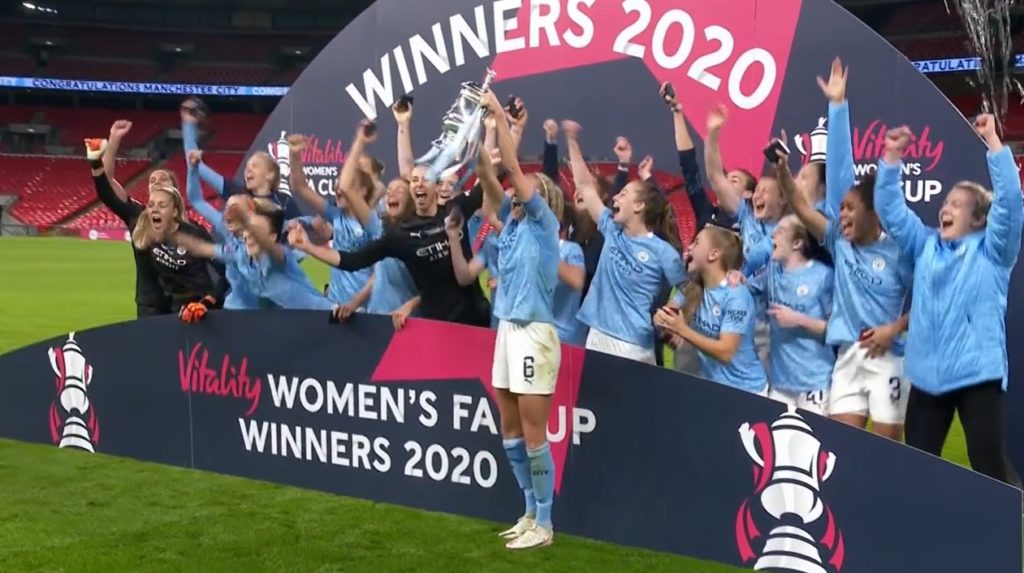 Manchester City won their third FA Women’s Cup with a 3-1 victory over Everton in Sunday’s final. Goals from Sam Mewis, Georgia Stanway and Janine Beckie were enough to seal the result and another trophy, but the game was a hard-fought one.

Everton defended well and kept themselves in the match despite Manchester City taking the lead after Mewis’ header from a corner kick just before halftime. Valerie Gauvin, who ran the front line effectively, scored their equalizer, forcing the contest into extra time where – eventually – City’s quality in the final third showed.

In our tactical overview of the game, we will look at how the two sides matched up in midfield, why Gauvin was so important to Everton, and how Manchester City found a way through their opponents.

Everton are one of the most defensively organized teams in England right now; in FA Women’s Super League action this season, only Chelsea have conceded fewer goals than Everton’s three. Toffees boss Willie Kirk usually lines them up in a 4-1-4-1 defensive shape, but he made a change for this game.

Up against a Manchester City side that prefers an ‘open’ midfield triangle of one holding (Keira Walsh) and two more box-to-box (Mewis and Caroline Weir on this occasion), Kirk made a subtle switch from his usual 4-1-4-1 to a 4-2-3-1. This meant moving from his own ‘open’ midfield triangle to a ‘closed’ one, featuring two holding players (Izzy Christiansen and Damaris Egurrola) and one further up (Lucy Graham).

This slight change of defensive shape meant Everton could match up in midfield.