How the FA Cup final will be won: Tactics, key players for Manchester City, Everton 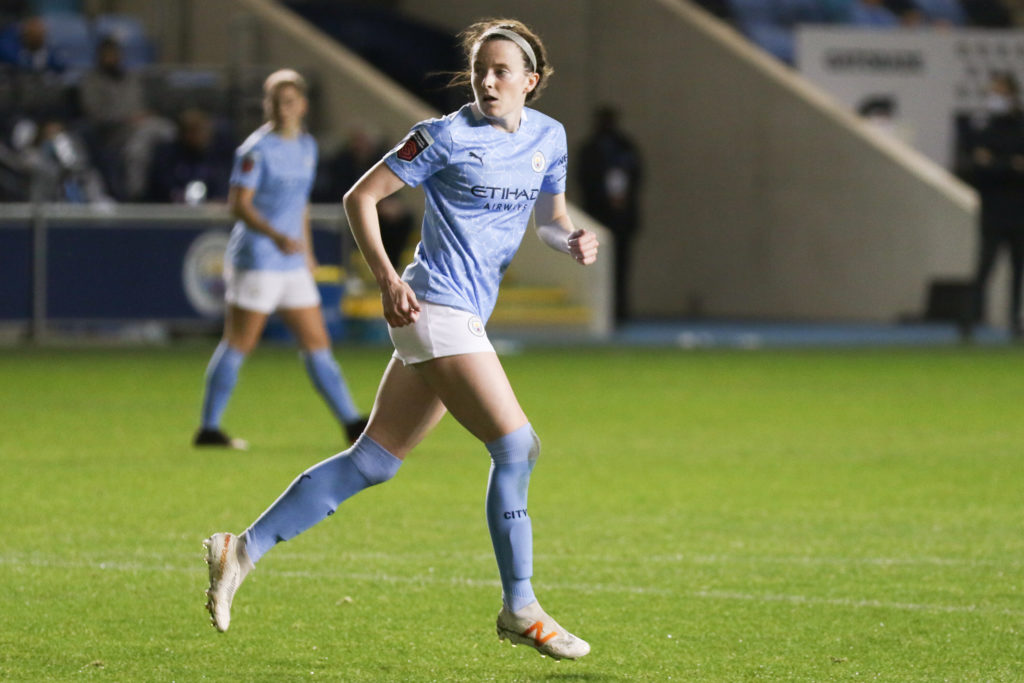 Everton meet Manchester City on Sunday in the 2020 FA Women’s Cup final in a game which seems to have a clear favorite but might be much closer than some expect. City are the competition’s current holders, having defeated West Ham United in the 2019 final with goals from Keira Walsh, Georgia Stanway and Lauren Hemp. Everton have won the competition before, but not since the days when they had Toni Duggan, Jill Scott and Fara Williams in their line-up.

Gareth Taylor’s City are undoubtedly the favorites, with the stronger talent on paper and an excellent recent history in the competition. However, Everton – led by Willie Kirk – will be confident after a positive start to their campaign. The 2020 FA Cup final — the competition’s months-delayed conclusion due to the COVID-19 pandemic — promises to intrigue.

Outside of several good wins in the cup competitions, City have struggled so far this term. It’s possible that they are still figuring themselves out after a change in manager and the arrival of so many new players; as well as Kelly and Lavelle, they signed Sam Mewis, Lucy Bronze and Alex Greenwood. Nonetheless, draws with Reading and Brighton were deeply underwhelming, leaving them 7 points behind league leaders Arsenal after just five games.

Manchester City’s title hopes may be fading early, but Everton have been the FAWSL’s surprise package. With four wins and a draw from their opening five fixtures, they sit second in the table, ahead of Manchester United on goal difference. Kirk has done a good job of integrating old and new players, without losing the identity he established last season.

So, how are the two teams likely to play this Sunday, and which players could make the difference?

Everton almost always line up in a 4-3-3 system that defensively becomes a 4-1-4-1. When they press, the striker will steer opposition build-up to one side by getting between center backs and denying the sideways pass, while the block of four behind her – usually comprising Hayley Raso, Christiansen, Lucy Graham and Claire Emslie – pressure passes into midfield.

The additions of Raso and Emslie (on loan) this year have given Kirk’s side an injection of pace in the wide areas, and this is where most of their attacking is focused. Whether through diagonals from goalkeeper Sandy MacIver, long balls over opposition fullbacks, quick switches in transition, or more patient build-up through the No. 8s before releasing the ball wide, they frequently draw upon the speed of their wingers. And, with Gauvin now in the box, they have a striker who can attack crosses and cut-backs.

Taylor has built on the work done by his predecessor, Nick Cushing, maintaining Manchester City’s patient possession-based style of soccer. One of his big decisions recently was to bring Greenwood into central defense, giving his side a natural, left-footed and technically gifted option to play out from the back.

However, they have encountered problems building out against intelligent pressing sides such as Chelsea, Brighton, and even Aston Villa in their opening FAWSL game. This will no doubt be something Everton look to exploit, with the key being how to stop Walsh. Playing at the base of City’s midfield three, her vision, variety and range of passing is integral to their possession. If she can turn and face play, she has the ability to pick out anyone on the pitch with a cutting through ball, a long ball over the top or a switch to the far side.

In the final third, the breaking runs of Mewis have seen her get into scoring positions time after time. And out wide, Kelly’s skill and speed will pose a real threat to her old team this weekend. But while creating plenty, City have struggled to finish their chances. They have scored just eight goals in league action, despite only playing one top-four rival (Chelsea).

In a game where Manchester City are likely to have most of the possession, against an organized pressing opponent, Mewis will be crucial. Her combination of physicality and touch allows her to retain control even when under pressure, while her forward runs have been an important aspect of City’s attacking this season. She is also in her team’s top three for goal conversion, with 10% of her shots leading to goals (all data via FBRef.com).

If Everton are to stymie the influence of Mewis and Walsh in midfield, they will need a big performance from Christiansen. Only five players in the FAWSL have more ‘pressures’ on the opposition than her 102. She will also be vital to her team’s chances of unlocking City’s defense. No FAWSL player has completed more key passes than her 18 so far this season.