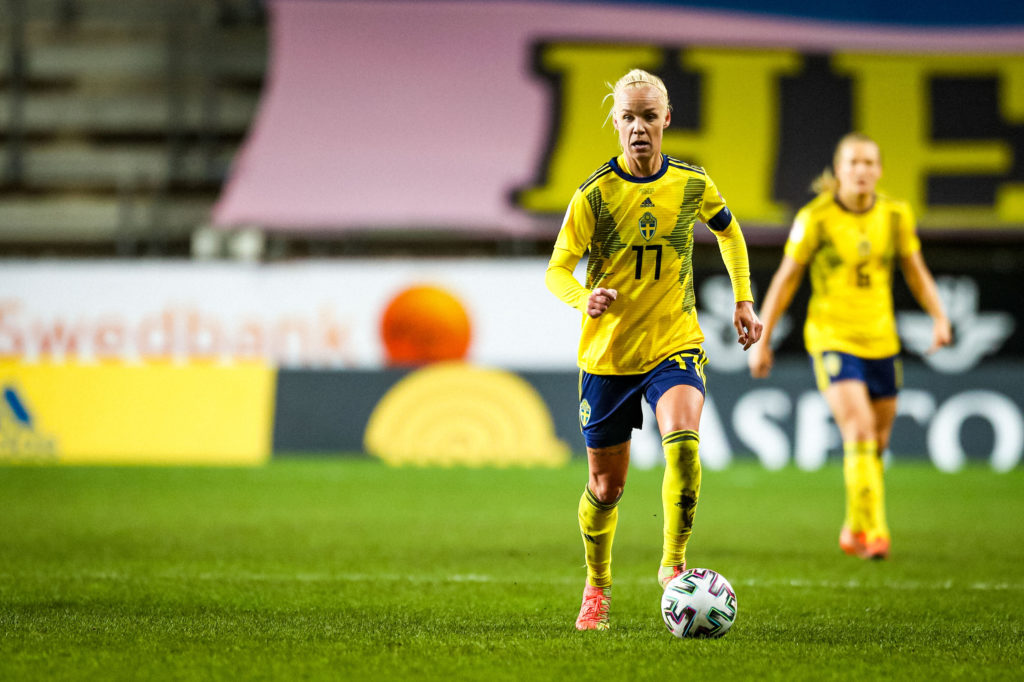 Five teams officially qualified to join the hosts for the European Championship to take place in England in 2022. The tournament was rescheduled from 2021 due to COVID-19. England automatically qualifies as the hosts, and they will be joined by Denmark, Germany, Netherlands, Norway and Sweden, who have qualified based on their results so far.

That leaves 10 spots of the 16 spots at the final tournament up for grabs. Each of the nine group winners will qualify, along with the three runners-up with the best records (against the sides first-, third-, fourth- and fifth-placed teams in their group). The other six second-place teams will enter a playoff for the three remaining spots. Here are the highlights from the games and what it means for those countries hoping to challenge title holders Netherlands in England.

The Netherlands, the reigning Euro 2017 champions, qualified by clinching top spot in Group A after defeating Estonia 7-0 on Friday and Kosovo 6-0 on Tuesday. Russia has clinched a second-place spot, but it is yet to be seen if they will automatically qualify as one of the best runner-ups. Pernille Harder’s Denmark has also qualified after ending Italy’s five-year unbeaten streak at home, though Italy are still guaranteed a top-two spot. Denmark and Italy will meet again on December 1 to determine the winner of Group B. Even if Denmark finishes second in the group, they have clinched one of the three best second-place records.

In Group C, Norway sealed qualification after defeating Wales 1-0 on Tuesday. Jess Fishlock (OL Reign; on loan to Reading) played the full match but was unable to help her side overcome the Norwegians. However, she did assist the first goal in her team’s 4-0 win over the Faroe Islands on Oct. 22, only playing the first half. Luckily, her Reading teammate Natasha Harding scored a double to keep her team in second place. Second place is not locked up, with Northern Ireland close behind and Belarus only a few more points behind.

Group D is also up for grabs as Poland sits on 14 points, with Spain and the Czech Republic both sitting on 13, though Spain have played two fewer games.

In Group E, Finland is currently in first place, but Portugal and Scotland are close behind. Both Claire Emslie (Orlando Pride; loan to Everton) and Rachel Corsie (Utah Royals; loan to Birmingham City) played the full match against Finland but couldn’t keep their side from losing by a goal, allowing their opponent to pull ahead in the standings. On Friday, captain Corsie scored Scotland’s first goal of three in the 37th minute with a near-post header off a free kick in their win over Albania where Emslie also played the full 90. Finland, Portugal and Scotland still have crucial games ahead against one another to determine who will qualify.

Kick-off your weekend in the best possible way – with highlights of our 3-0 @UEFAWomensEURO qualifying win over Albania.

Sweden have qualified out of Group F after winning 2-0 against Iceland, who still sit in second place. Gunny Jónsdóttir (Utah Royals; loan to Valur) went all the way in that match and will hope to keep Iceland in qualifying contention by getting at least a point in their next match against Slovakia.

Group G is close with both France and Austria on 16 points from six games played. After France crushed North Macedonia 11-0 behind an impressive four goals from Eugénie Le Sommer, Les Belues were unable to prevent a goalless draw against Austria. The draw comes on the heels of continuing drama between head coach of Les Bleues, Corrine Diacre, and veteran players, most notably the exclusion of one of the most talented midfielders in the world, Amandine Henry, from the French squad. Longtime first-choice keeper Sarah Bouhaddi was also excluded because she has stated she will not play for France while Diacre is coach. Austria and France are both guaranteed a top two finish, but if one team can manage a win in their Nov. 27 match they would seal first place.

Switzerland and Belgium are going to be in the top two of Group H, but a clash between the two on Dec. 1 could determine which team ends up top of the group. Belgium had a strong 9-0 win over Lithuania with hat tricks from both Tessa Wullaert and Tine De Caigny. However, Switzerland’s 2-0 win over Romania kept them a point clear in the standings.

In the last group, Germany clinched first place and qualification after the only team that could catch up to them, the Republic of Ireland, lost in a 1-0 upset to Ukraine. Denise O’Sullivan (NC Courage) played the full match and helped create many chances, but her team was unable to come back from the early own goal. It was a disappointing loss, especially because of their penalty kick that hit the crossbar, but Ireland can stay in second place depending on Ukraine’s result against Montenegro.

Rachel Daly (Houston Dash; loan to West Ham) was in camp for the Lionesses, who were supposed to face Germany in a friendly, but the match was canceled due to a positive COVID-19 test within the backroom staff. The decision was made out of extreme caution, as no players or other staff tested positive.