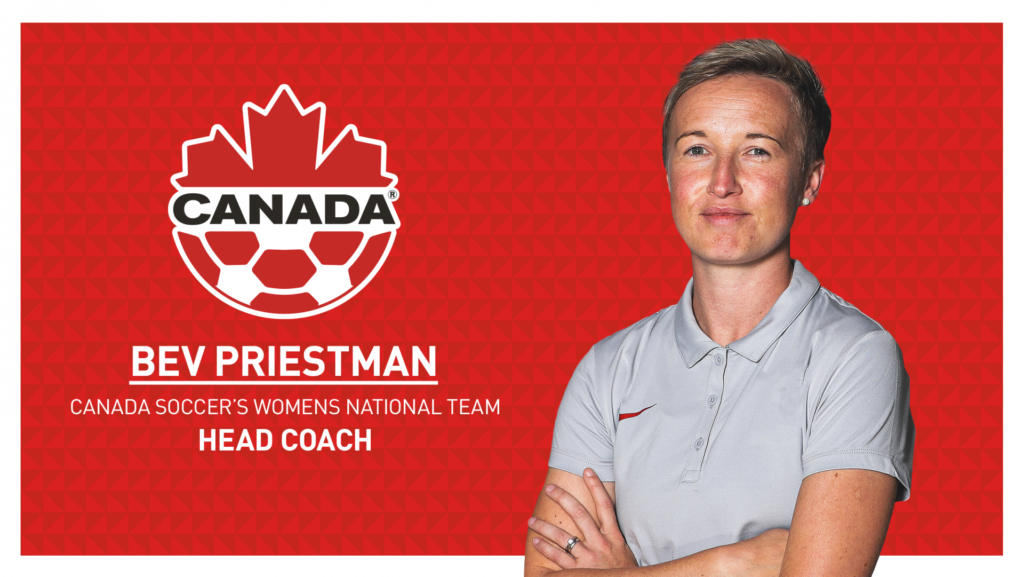 Priestman will begin serving as the Canadian women’s national team coach on Nov. 1.

She was with England programs since June 2018. However, before heading to Europe, Priestman featured within Canada Soccer for about five years.

Among her most notable work in the federation includes serving as the National EXCEL Direction, which oversees youth programs from U-15 to U-23.

🎙️ #CANWNT Head Coach Bev Priestman talks about the importance of connecting with the players and the staff in her new role. pic.twitter.com/tistqFaO71

“Bev’s contributions leading the Women’s National EXCEL Program and supporting the women’s national team as an assistant coach during her five-years with Canada Soccer set a solid foundation for success across all levels of the Women’s National Team Program and we are excited to have her bring her recent experience, vision and leadership to her new role,” Reed said.

Meanwhile, Priestman said she’s excited to work with “such a talented group of players and a team with a fantastic history.”

“With a great blend of experience and youth, I’m excited as to what we can achieve together over the next quadrennial,” Priestman said. “I would like to thank Canada Soccer for this fantastic opportunity. Our immediate focus is the Olympic Games Tokyo 2020 next year and then subsequently building towards the FIFA Women’s World Cup Australia/New Zealand 2023 where ultimately Canada should be on that podium.

“I look forward to connecting with the great group of staff and players ready to head into the Olympic year of 2021 focused and ready to give it our all.”