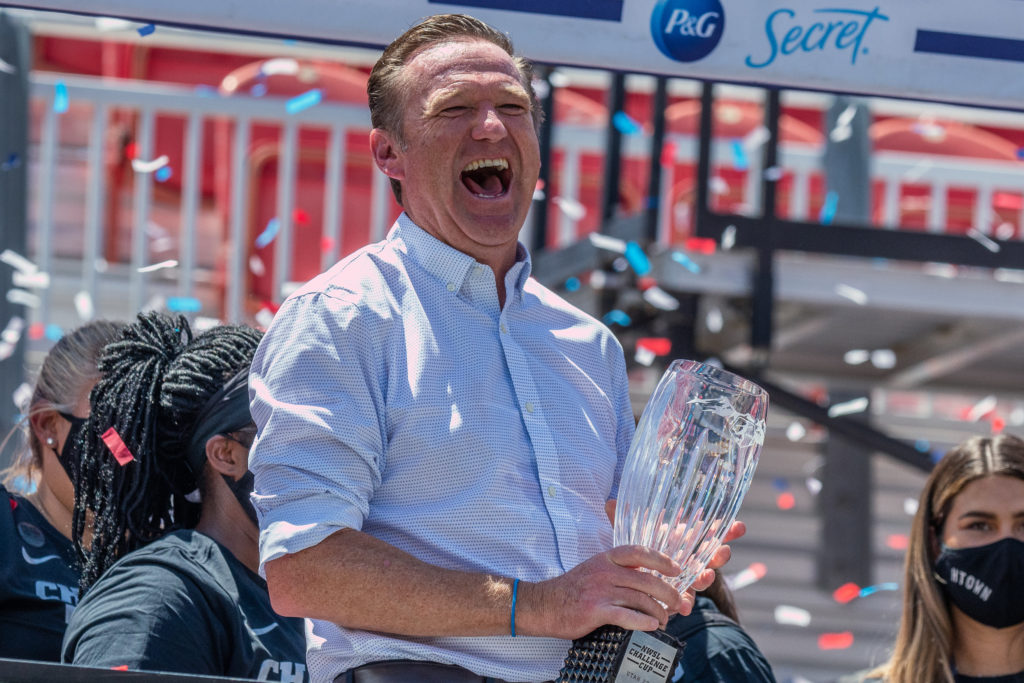 James Clarkson and the Houston Dash have agreed to a contract extension, the club announced on Tuesday. While the club didn’t release details of the contract, he is locked down for at least a third season with the Dash.

Clarkson has been with the Houston Dynamo and Dash organization now for 14 years. In 2021, he’ll feature on the Dash sideline for the third season, coming off an impressive 2020. The split-year was anything but normal, with two separate competitions, but the Dash will relish in their success.

At the NWSL Challenge Cup, the Dash claimed the top spot, defeating the Chicago Red Stars to win the first-ever title. In the NWSL Fall Series, the Dash took second place in the Verizon Community Shield standings with 3-1-0 record.

Clarkson said that leading the Dash has been an “honor.”

“I’m very excited to continue working with the outstanding staff, players and everyone associated with the club,” Clarkson said, via a press release. “I would like to thank John Walker and the ownership for providing this opportunity and my family for always being there. We will continue to improve and build on this amazing year — it’s an exciting challenge.”

Clarkson and the Dash are currently gearing up for the NWSL Expansion Draft, with Racing Louisville FC entering the league in 2021. The Dash did not make any trades during the recent window with Louisville, and will now have to figure out which players to protect.

Either way, Clarkson said he hopes to add onto the club’s success in 2020.

“We have a team full of good people with ambition and determination to fight for championships. Next season, we will hopefully be able to play in front of all our fans and continue this journey together,” Clarkson said.

Recently, the Dash have made moves to solidify core players, like re-signing Kristie Mewis, Shea Groom and Rachel Daly to multi-year extensions.