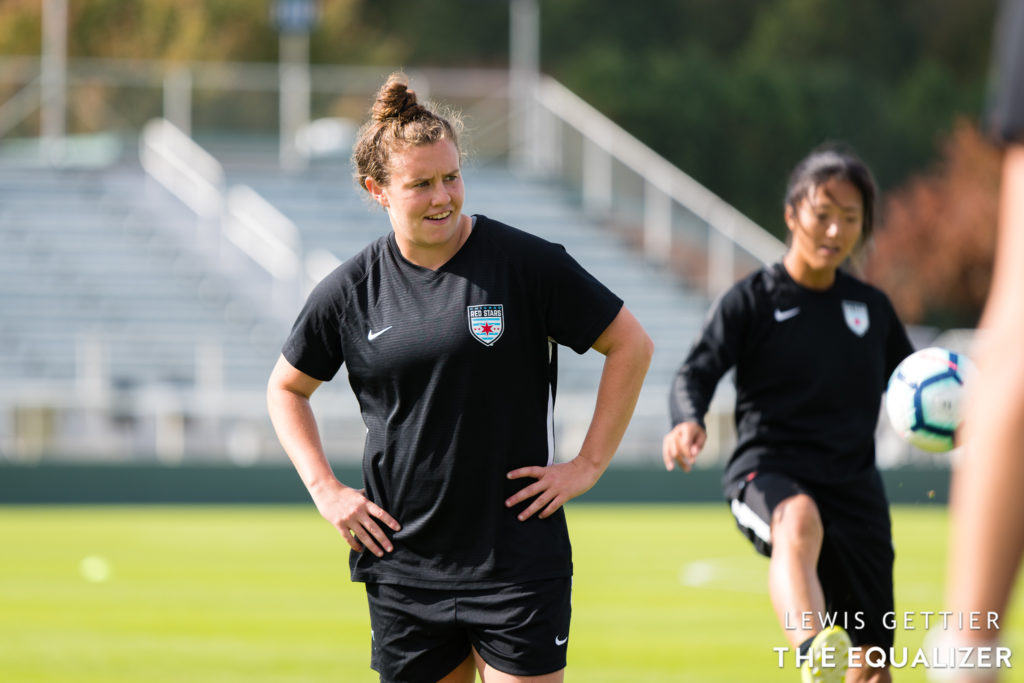 Savannah McCaskill and Yuki Nagasato are headed to Louisville.

In a trade announced on Monday, Racing Louisville FC acquired McCaskill and Nagasato from the Chicago Red Stars. In addition to the two players, the 2021 expansion club also acquired Chicago’s first-round pick in the 2021 National Women’s Soccer League College Draft (No. 5 overall), as well as an international slot for 2021 and 2022.

We have goals. They score goals.

Of the trade, Racing Louisville FC coach Christy Holly said: “We are proud to have Savannah and Yūki join our club. Both players bring a wealth of talent to our organization and will be influential on and off the field. We feel that they both possess a combination of hunger and experience that’s instrumental as we lay the foundation to what we feel will be a very exciting and talented team for the 2021 NWSL season and beyond.”

McCaskill was drafted second overall by the Boston Breakers in 2018, and was subsequently sent to Sky Blue FC in 2018’s Dispersal Draft. She played 26 games for Sky Blue before being traded to Chicago in June of 2019. McCaskill also has international experience, as she earned six caps with the U.S. national team in 2018.

Meanwhile, Nagasato won the World Cup with Japan in 2011 and played club soccer with teams in Japan, Germany and England before signing with the Red Stars in 2017. She appeared 52 times for Chicago, and recorded 13 goals and 18 assists for the club. Nagasato is currently on loan to men’s side Hayabusa Eleven in Japan.

Rules for the 2021 NWSL Expansion Draft on Nov. 12 have not yet been made public by the league.