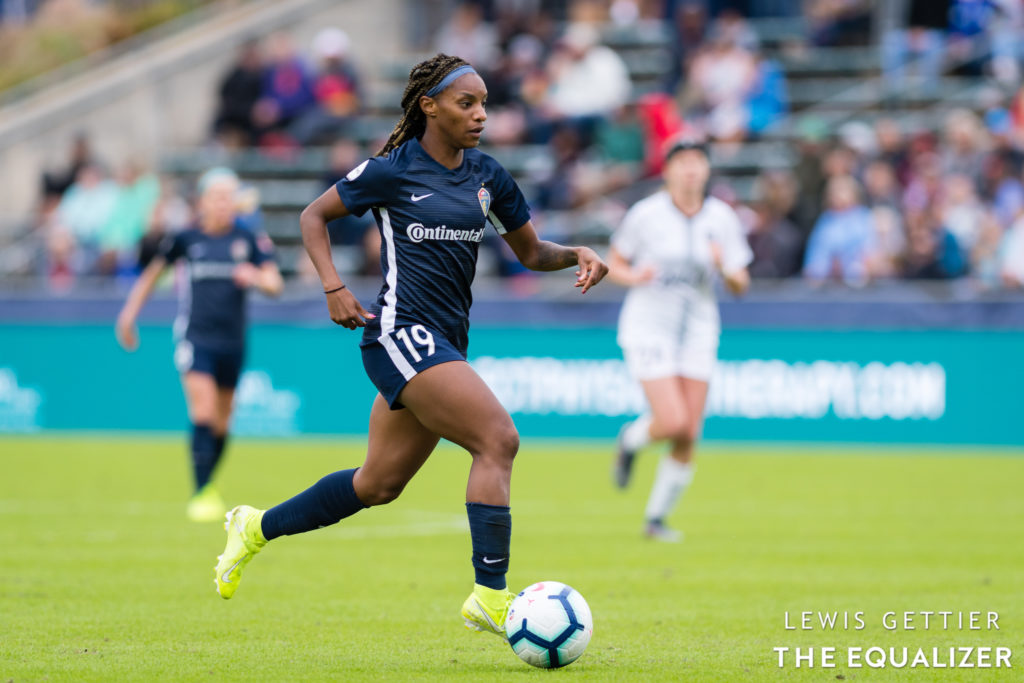 Then, the Reign traded Dunn to Portland. In return, Portland handed over an international slot for the 2021 season. Also included in the trade, the Reign will receive a guaranteed total of $200,000 in allocation money — $250,000 in allocation money could be received, based on Dunn’s playing future in the NWSL — and Portland’s first-round pick in the NWSL College Draft in 2022.

However, $50,000 of the allocation money is conditional based on Dunn playing in the NWSL after on or after June 1, 2021, potentially hinting at a stint overseas. Right now, Dunn is based in the United States, not being part of the mass exodus of players heading to Europe before, and during, the NWSL Fall Series. She previously played at Chelsea before joining North Carolina in 2018.

What will Crystal Dunn to Portland mean for futures of Thorns, Courage?

“Crystal is a game-changer, and with her intelligence, dribbling, passing and finishing ability, she can unlock a game in a split second, while her defensive qualities and work rate make her as impactful off the ball as she is on it,” Mark Parsons, Thorns head coach, said. “She has a winning mentality, a contagious personality full of positivity and the desire to be the best and make people around her the best.”

Bill Predmore, CEO of OL Reign, said that sending Dunn to Portland was never a question.

“Crystal’s agent was adamant that it was her priority to join her husband at their home in Portland—there was simply no viable alternative for Crystal other than a move to Portland,” Predmore said. “In the absence of Portland and North Carolina being able to agree to a deal directly, we decided to play a role in facilitating what we viewed as an inevitable outcome. Through that process we acquired assets that we are confident will help us significantly strengthen our squad in 2021 and beyond.”

Need to make quick sense of the big, three-team #NWSL trade? @JeffKassouf breaks down what it means for each team in <90 seconds 👇 pic.twitter.com/tF3YFITqkj

In an interview with the Thorns, Dunn said being part of a deep Thorns roster will be a “challenge” for her.

“I think it’s important people realize that this is a new challenge on the field for me,” Dunn said, “one that’s going to make me a better player. That’s really important to me, alongside my home and my family being there as well.”

Murphy split starts with Michelle Betos with the Reign in the NWSL Challenge Cup and Fall Series. With an Achilles injury to Betos in 2019, Murphy made 20 appearances for the Reign, recording six clean sheets.

Predmore said that the decision to trade Murphy was “extremely difficult” due to “outstanding” and consistent performances.

“However, the assets we acquired in the trade will help us realize the ambitious plans that we have outlined for the team in 2021,” Predmore continued. “All funds generated through the trade will be invested in our current players, or in players that we expect will join the club for the 2021 season.”