Pride come from behind to draw Courage 3-3 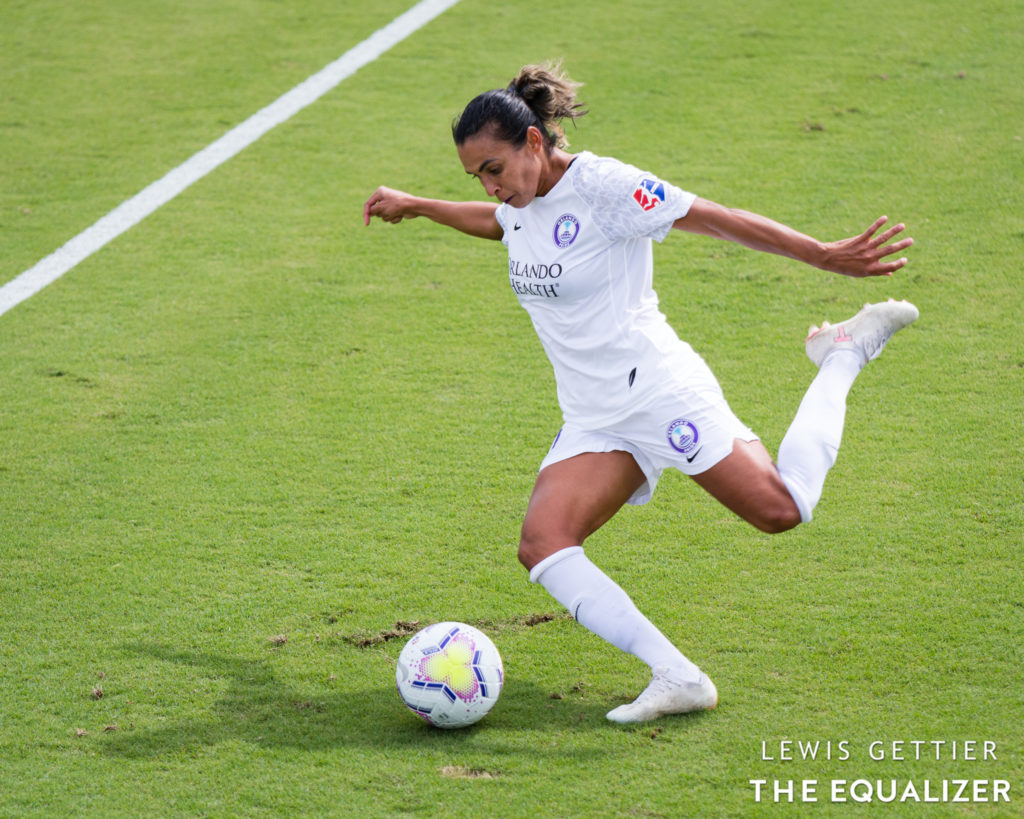 On Saturday afternoon at Exploria Stadium in Orlando, Florida, the Orlando Pride mounted a second-half comeback to draw the North Carolina Courage 3-3 in their final match of the NWSL Fall Series.

North Carolina found the breakthrough in the 19th minute, when Lauren Milliet sent a perfectly weighted pass that cut through Orlando’s back line. Debinha ran onto the pass and made no mistake with her calm finish.

And the Courage would add two more in quick succession, both in first half stoppage time. Again, the Courage were able to send a pass through the Pride’s back line on both goals, with Lynn Williams finishing the second goal and Debinha adding a second to her tally for the Courage’s third goal.

And another one! Debinha gets her second of the match and makes it 3-0 for the Courage! (These goals look pretty similar eh?)#ORLvNC pic.twitter.com/VaJmTQTutE

But Orlando were able to get themselves back into the game after the half-time break. In the 54th minute, Sydney Leroux’s shot in the box was stopped by Katelyn Rowland, but the North Carolina defenders were caught ball watching on the rebound. Marisa Viggiano followed up Leroux’s shot, and was able to poke it in to get the Pride on the board.

And the @ORLPride pull one back! Nice touch and shot by Sydney Leroux, and Marisa Viggiano follows up the rebound to poke it in! #ORLvNC | 1-3 pic.twitter.com/Jx4u1fovI1

Some individual brilliance by Kristen Edmonds pulled Orlando within one in the 71st minute. Edmonds danced across the edge of the 18-yard box, and her curling shot was able to beat Rowland’s dive.

And the @ORLPride are back in it!! A bit of a curl to this one and Kristen Edmonds' shot pulls the Pride within one!#ORLvNC | 2-3 pic.twitter.com/8A7cjMTIms

And just when it looked like the Courage were going to hang onto the win, the Pride had one last trick up their sleeves. In second-half stoppage time, Marta sent in a curling free kick and substitute Ally Haran was able to get up and get her head on it. Haran’s header sailed into the back of the net to complete Orlando’s comeback for the 3-3 draw.

With the offseason officially underway for both teams, the next off-field action either will see is the NWSL expansion draft taking place on Thursday, Nov. 12.

Addisyn Merrick on her unusual, but promising, rookie season