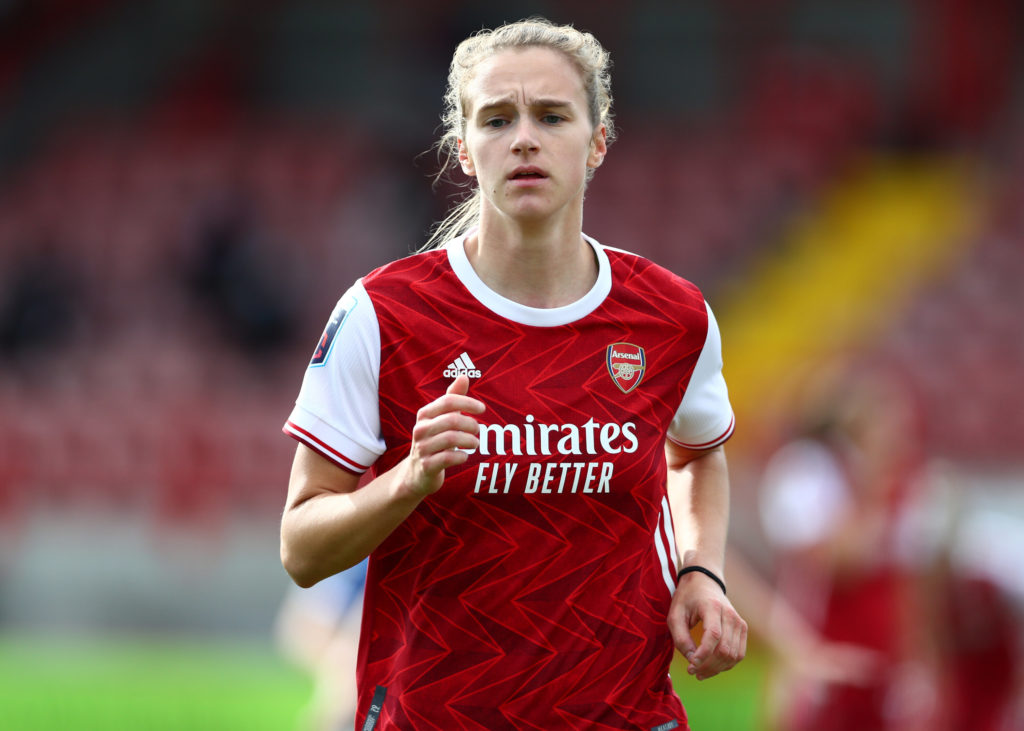 Manchester United found themselves atop the table after edging Tottenham Hotspur on Saturday, but dropped down to fourth after Arsenal, Chelsea and Everton managed comfortable wins on Sunday. The Gunners sit in first tied with Everton on points. Chelsea and Manchester United trail closely by two points.

Chelsea managed to beat Arsenal and Manchester City in the same week with a comfortable margin of at least two goals. They again had different goal scorers on all their goals on Sunday. Sam Kerr has three goals in four matches, but so does Fran Kirby, who is looking her best after being out for seven months.

Casey Stoney’s squad were determined to get back to winning ways after a midweek defeat to the newly regulated Liverpool in the Continental Cup. The only goal of the game came from a Tobin Heath corner where Millie Turner soared above Spurs defenders and looped the ball over goalkeeper Becky Spencer. Stoney was happy to see the center back score a goal after having a poor performance against Liverpool.

GOAL @ManUtdWomen! Millie Turner gets her head on Tobin Heath’s corner and they are up 1-0 on Spurs! pic.twitter.com/Bl8j7ERaCw

Tottenham didn’t make it easy for their visitors to leave with three points; with 24 fouls in total there was little fluidity from either side. Spurs had a couple of clear chances in the first half but failed to maximize on United’s errors.

Christen Press got her first start with Manchester United and played as a central striker in between Alessia Russo and Heath, but didn’t look comfortable in that role just yet. Though she had a few breakthrough moments, her best moment came when she received the ball in space from transitional play and passed the ball into space for Heath, who was 1-v-1 with Spencer, but Heath’s shot went straight into the keeper.

Spurs pressed high and looked close to getting an equalizer at times but failed to have any creativity going forward, looking eager to have someone like Alex Morgan on the pitch. Morgan watched from the stands again, not yet fit enough to make the 18-player gameday roster. The visiting side dropped their shoulders with relief when the full-time whistle blew and were happy with three points and a clean sheet to get back to winning ways. United kept their 100% record against the London side and ended Spurs’ three-match unbeaten run at home.

Vivianne Miedema has 49 goals in 49 appearances and is now joint FA WSL top scorer with Nikita Parris, although she has done it five seasons faster than the England international. The Dutch striker opened the scoring just 10 minutes into the match, with a low and curving shot from the top of the box that sneaked past Megan Walsh. Childhood Gunners fan, Lotte Wubben-Moy, got her first Arsenal goal from a back-post volley, finishing a floating Miedema cross.

Danielle Van de Donk got the second of the match after Caitlin Foord cut back the ball to the top of the box for an easy first-time shot to the far post. Jen Beattie scored a looping header from a corner, but it was Miedema who closed the score in the 93rd minute with a volley in the six-yard box after Katie McCabe’s chip bypassed four Brighton defenders.

Here's how @VivianneMiedema wrapped up the victory for @ArsenalWFC 👏

49 goals in the #BarclaysFAWSL… she's now tied with @lilkeets for the all-time goalscoring record! 👀 pic.twitter.com/E45I3r1FEf

Arsenal went straight to the top of the WSL table and extended their winning streak to four. The last time that Brighton have managed a goal against the Gunners was in 2018 in a 4-1 defeat, whereas the London side have scored in each of their last 28 WSL matches.

Willie Kirk’s squad got their fourth consecutive league win but conceded their first goal. Goal difference is the only thing separating them from Arsenal at the top of the table, with the Gunners holding a seven-goal advantage on the Merseyside club. This is the first time since 2011 that Everton have managed four successive league wins.

Everton opened the scoring in the ninth minute, when Nicoline Sorensen cradled the ball onto her left foot to easily knock the ball past Arnold. Kenza Dali’s low and placed shot equalized the match and was the first goal conceded by the Toffees in the league this season. Lucy Graham proved to be the game-changer, putting Everton back in the lead with a superbly placed shot in the top left corner just nine minutes after being substituted in. She secured the three points in the 92nd minute when the ball landed at her feet from a sloppily defended corner and she easily passed the ball into the back of the net.

Birmingham managed to get their first win and first points in this WSL season after Claudia Walker got the only goal of the game in the 72nd minute. Walker finished with an easy tap-in after Sarah Mayling’s cross creeped past three Reading defenders. The home side were unable to finish their chances in front of net, sending most of their shots well wide of the frame and one saved from the goal line. They pressed high and were close to landing an equalizer, but Hannah Hampton did well to avoid it.

Reading managed 63% possession and 22 shots on goal versus Birmingham’s five. This was the first win for newly appointed head coach Carla Ward, whose side next faces bottom-of-the-table Bristol City next week.

This is the second time this season that Chelsea got the better of Manchester City, after the Blues opened their campaign with a 2-0 win over the Manchester side in August in the Community Shield. Sam Kerr now has three goals in four matches after scoring the second goal of the match from Fran Kirby’s low cross into the box. City’s only goal of the game came in the 73rd minute from a Chloe Kelly penalty after Millie Bright gave away a handball in the box.

Chelsea also benefited from a penalty. Maren Mjelde opened the scoring in the 36th minute after a controversial handball call against Ellen White resulted in the English striker getting a yellow card. Kirby sealed the win after leaving Ellie Roebuck in her dust outside the box, and easily passing the ball into the empty net. This win extended Chelsea’s 25-game unbeaten run, after being awarded the 2019/20 league trophy on points per game with an undefeated season. City got their first taste of defeat this season and dropped down to fifth place in the league table.

What will Alex Morgan bring to a developing Tottenham squad?
WoSo Around the World: Wolfsburg tripped up late by Freiburg