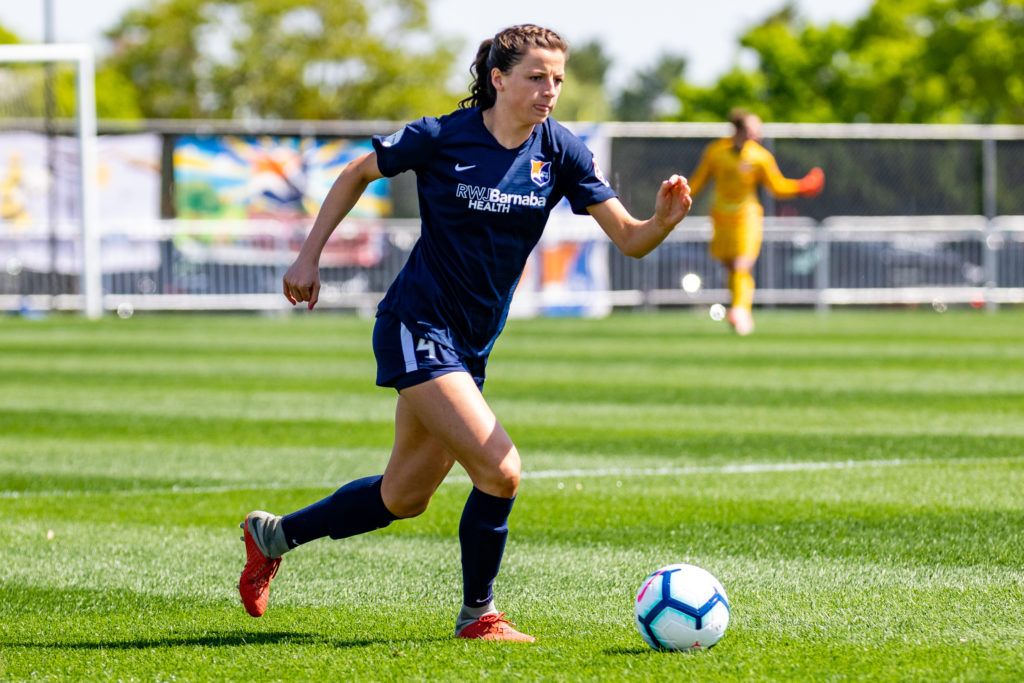 Lori Lindsey called it a mature performance from Sky Blue FC. In the NWSL Fall Series finale for the New Jersey club, Sky Blue hosted the Chicago Red Stars and secured a 3-0 victory.

Paige Monaghan was the star of Saturday afternoon in New Jersey. The second-year player scored two goals and had an assist. Monaghan’s first goal came in the 25th minute, while her second of the match came right before the halftime whistle blew.

Meanwhile, the third tally came from Ifeoma Onumonu in the 35th minute, just moments after the first-half hydration break ended. Chicago did get a consolation goal from Morgan Gautrat in the waning minutes of the second half on a set piece free kick.

Meanwhile, the Red Stars had moments. The visiting side had more shots than Sky Blue and recorded four shots on goal. However, in goal for Sky Blue, Kailen Sheridan made four saves against Bianca St. Georges, Gautrat, Savannah McCaskill and Kealia Watt.

On the other end, Alyssa Naeher did not record a single save. All three of Sky Blue’s shots on goal went past the U.S. women’s national team goalkeeper and World Cup champion.

Of note, Becki Tweed, the second assistant coach for Sky Blue FC, was spotted on the game day roster for Sky Blue. This isn’t the first time a coach was listed on the roster this calendar year. During the NWSL Challenge Cup, Portland Thorns goalkeeper coach Nadine Angerer was listed as a backup goalkeeper after an injury to Bella Bixby sidelined her for the rest of the tournament and now the Fall Series.

Also, Jennifer Cudjoe missed out on the match due to yellow card accumulation for Sky Blue.

The Goals for Sky Blue FC and Chicago

Just like that the lead is doubled ⚡️@ify_on22 finishes from in close.