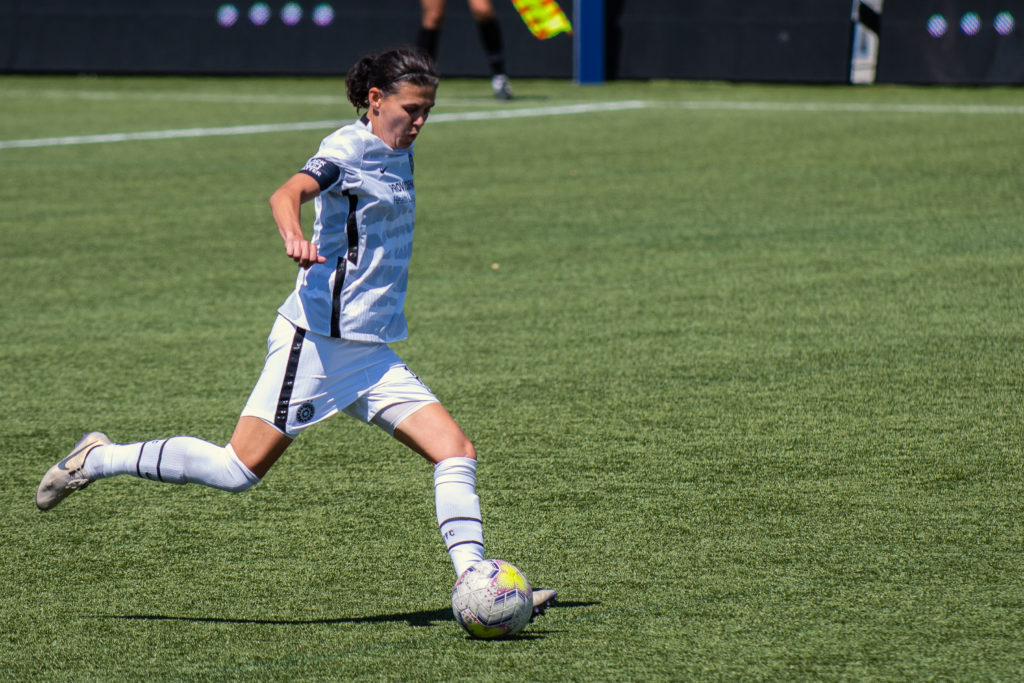 Christine Sinclair enjoys scoring against her rivals. In another edition of the Cascadia rivalry, the Portland Thorns FC took a trip up north to face off with OL Reign. Portland notched the victory, 2-1, which secured their top spot in the National Women’s Soccer League standings.

Christine Sinclair is the person to thank for the victory. Both of her goals against OL Reign came on penalty kicks. In addition, both penalties were given up by Amber Brooks of the Reign.

Simone Charley earned the first penalty. In the second half, Lindsey Horan secured the second call.

For the Reign, Brooks did make up for her first penalty giveaway. In the 46th minute, to open the second half, Brooks scored by tapping in a shot from Shirley Cruz at the top of the box. However, it wasn’t enough for the Reign to draw or take any sort of lead against their rivals.

Portland’s journey in the Fall Series is over. However, the Reign have one more match, at home, against the Utah Royals FC. The two sides will compete in the very last tournament match on Oct. 17 at 8 p.m. EST.

The Goals for Portland and OL Reign

Cool as you like from the spot by @sincy12 😎

Quick thinking from @abrooks22 and @OLReign have equalized!