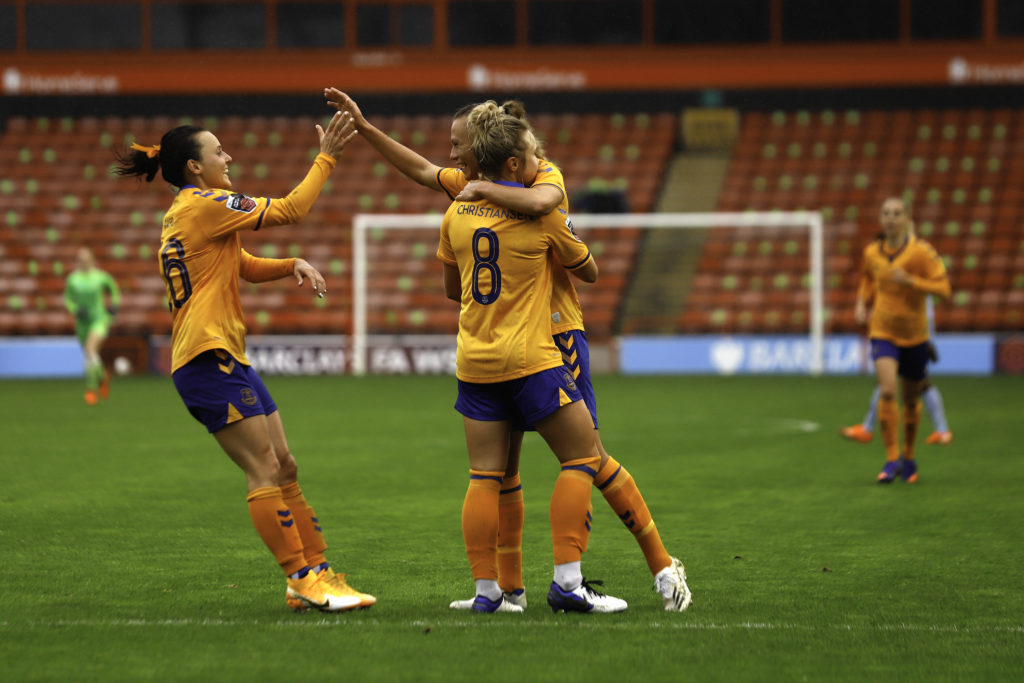 While their FA Women’s Super League rivals were busy signing some of the biggest names in women’s soccer, Everton recently recruited players who went under the radar. Quietly, the Toffees bolstered their squad with players arriving from comparatively smaller European clubs.

Valerie Gauvin and Rikke Sevecke came in from France (Montpellier and Fleury 91, respectively), Ingrid Moe Wold and Damaris Egurrola arrived from Spain (Madrid and Athletic Bilbao), while Nicoline Sorensen joined from Brondby. These additions, alongside Poppy Pattinson from Bristol City and the on-loan Claire Emslie (from the Orlando Pride), ensured they were in a great position going into the new season.

However, nobody saw them hitting top form so quickly. Under the guidance of head coach Willie Kirk, Everton have won all three league games without conceding a goal and secured a place in the final of last season’s delayed FA Cup, knocking out Chelsea along the way. So, what’s behind their fast start? And can it be maintained?

Everton went into this season with an established defensive system. Last season, they defended in a 4-1-4-1, and they have continued in this shape with the same basic style. Within this framework, the lone striker has an important job — to split the opposing center backs. By doing this, she removes the lateral passing option, cutting the pitch in half and forcing the opposition to build down one side.

Access the best women’s soccer coverage all year long
Start your FREE, 7-day trial of The Equalizer Extra for industry-leading reporting and insight on the USWNT, NWSL and beyond.
Subscribe
Existing Users Sign In Here
Related TopicsEvertonExtraFA WSLFAWSLFeaturedhayley rasoValerie Gauvin

WoSo Around the World: Real Madrid thumped by Barcelona in debut
Catarina Macario is the future — and maybe the present — of the USWNT