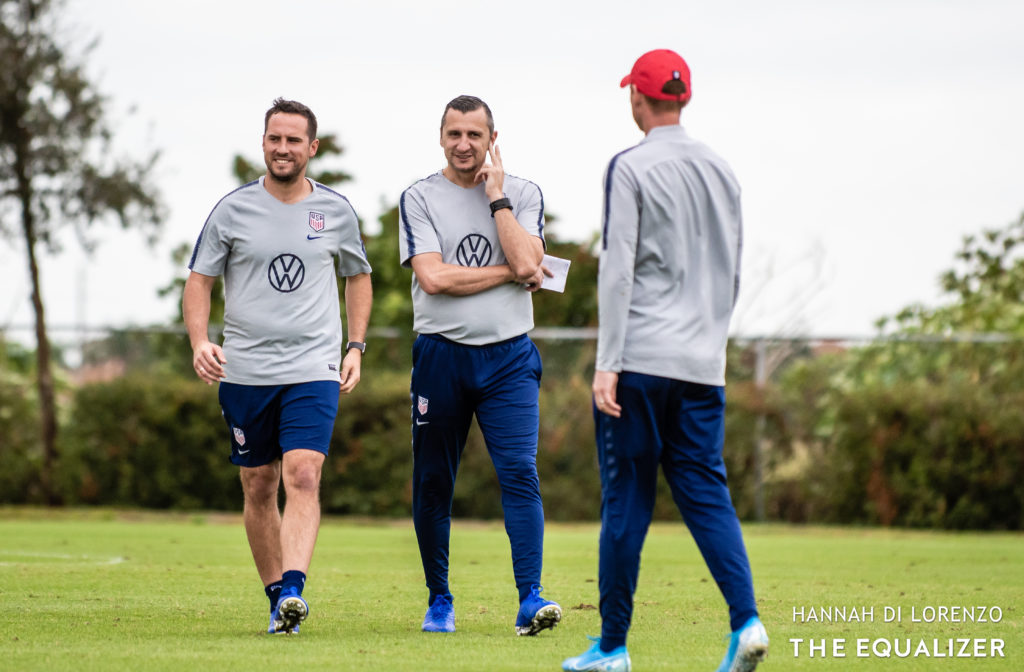 Below is our original reporting on the United States women’s national team’s first training camp in over seven months. This reporting was available exclusively to subscribers first. U.S. Soccer confirmed the news on Wednesday.

The United States women’s national team is set to reconvene for the first time in over seven months, sources tell The Equalizer. No official matches will be played, but a training camp in the greater Denver, Colorado, area is set to take place immediately following the conclusion of the National Women’s Soccer League’s Fall Series, which ends on Oct. 17.

Colorado emerged as the destination for camp ahead of other potential locations based on the relatively low number of COVID-19 cases in the area.

The U.S. women last played a competitive match on March 11, a 3-1 victory over Japan in Frisco, Texas, in the final game of the SheBelieves Cup. That same evening, the NBA called off a game in progress and quickly suspended the entire season after news of a positive COVID-19 case within the league’s player pool. Much of the rest of the sports world quickly shut down, and the Olympics were postponed until summer 2021.

What has resulted is, due to outside circumstances, the quietest period for the U.S. women’s national team in the modern era. Multiple attempts to figure out some sort of training camp earlier in the summer and fall proved logistically impossible. General manager Kate Markgraf recently mentioned an October training camp at a public U.S. Soccer board meeting, in addition to a proposed 2021 schedule that would see the U.S. hold its usual January training camp and a SheBelieves Cup in February.

Kate Markgraf says U.S. Soccer hopes to have a WNT camp of some kind in the fall.

That timeline still seems optimistic. Even as Europe returned to competitive international matches in September, with European Championship qualifying matches, the U.S. remained sidelined as COVID-19 deaths in the country surpassed 200,000.

Don’t expect to see any of the European-based U.S. players at this upcoming camp. Travel and required quarantine to shuttle in and out of the United States still makes that unrealistic, so top players such as Alex Morgan at Tottenham, Tobin Heath and Christen Press and Manchester United, and Sam Mewis and Rose Lavelle at Manchester City are expected to stay with their clubs. There is, however, an official FIFA international window in late October.

The absence of some regulars is expected to further open up opportunities for players who had strong showings in the relatively limited NWSL matches this year — something of a hybrid between the core of the team and last December’s identification camp.

We’ll have to wait longer for competitive U.S. women’s national team games. England’s women’s national team recently livestreamed an intra-squad scrimmage from camp. It’s unclear whether (and perhaps unlikely that) U.S. Soccer would do that, but it would be a nice perk for fans who are staring down the prospects of a full year without seeing the team compete.

‘Where are all the women coaches?’ Jill Ellis and U.S. Soccer hope they finally have a solution
Macario, Kristie Mewis highlight USWNT’s October training camp