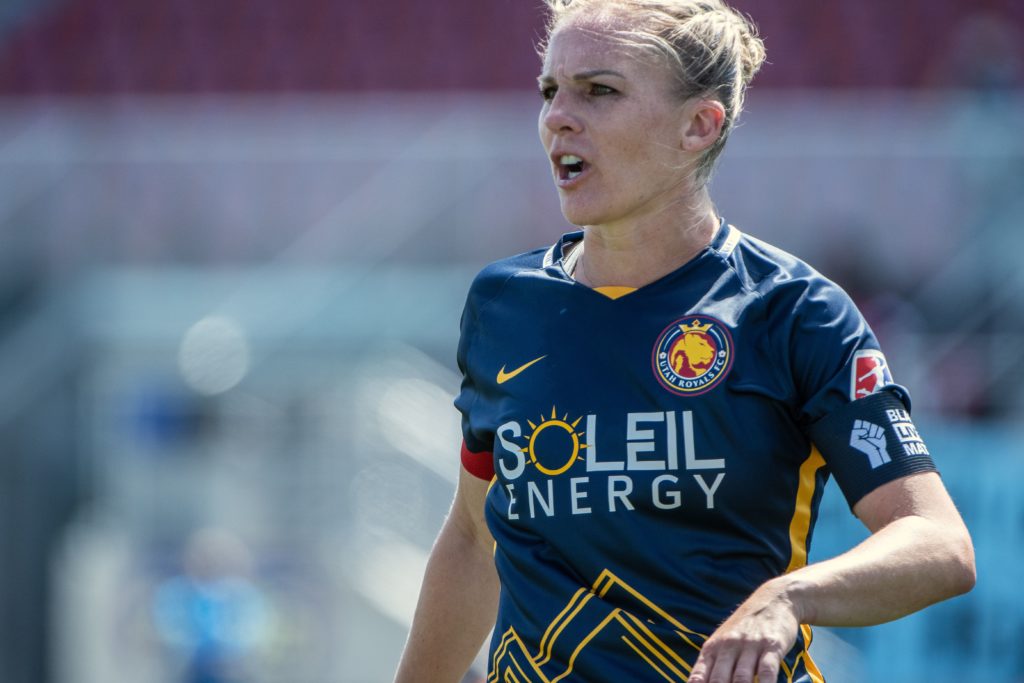 On Saturday night in Sandy, Utah, the Utah Royals and Portland Thorns played to an exciting 1-1 draw. For the Thorns, the match came just three days after their 4-1 win over OL Reign on Wednesday. As for the Royals, it was the second game in a row where they gave up an early lead to settle for a draw.

The Royals got on the board early, when they forced a turnover in the middle of the park in the 9th minute. Vero Boquete delivered a great ball to Lo’eau LaBonta on the left wing, whose shot was saved by Portland keeper Britt Eckerstrom. But the danger wasn’t avoided, as Amy Rodriguez’s follow up run put her in the perfect position to smash the rebound into the back of the net.

.@AmyRodriguez8 cleans it up and @UtahRoyalsFC are in the lead 🧹

And in the 33rd minute, Portland almost had an equalizer. Christen Westphal delivered a ball into the box, and Lindsay Horan was able to get her head on the ball and send it across the face of goal towards Christine Sinclair. But Utah keeper Abby Smith was able to get down in time and get a hand on Sinclair’s low shot to parry it away. Portland players appealed to the referees, as they believed the ball crossed the line, and subsequent replays on the broadcast made it difficult to determine. But there is no video review available to referees in the NWSL, so play continued on.

.@abbyys44 somehow denies @sincy12 the equalizer on this close-range chance 🤯

But Sinclair wouldn’t miss twice. In the 51st minute, Horan forced a turnover and sent in a cross, which Smith parried away as far as Simone Charley. Charley’s shot was deflected and landed right to Sinclair in the six-yard box, who volleyed it in to level the match.

GOAL @ThornsFC! Sinclair is there to put away the rebound from Charley's shot, and we're level!#UTAvPOR | 1-1 https://t.co/NTNR1jBV3C

Utah had the best chance to find a winner in the 72nd minute, but Tziarra King’s shot hit the crossbar. The Thorns were able to clear the rebound away from danger, and the match had no more goals in store.

Next up for the Thorns is a trip to Washington to play OL Reign next Saturday, while the Royals will have to wait two weeks to play their final Fall Series match against OL Reign on Oct. 17.