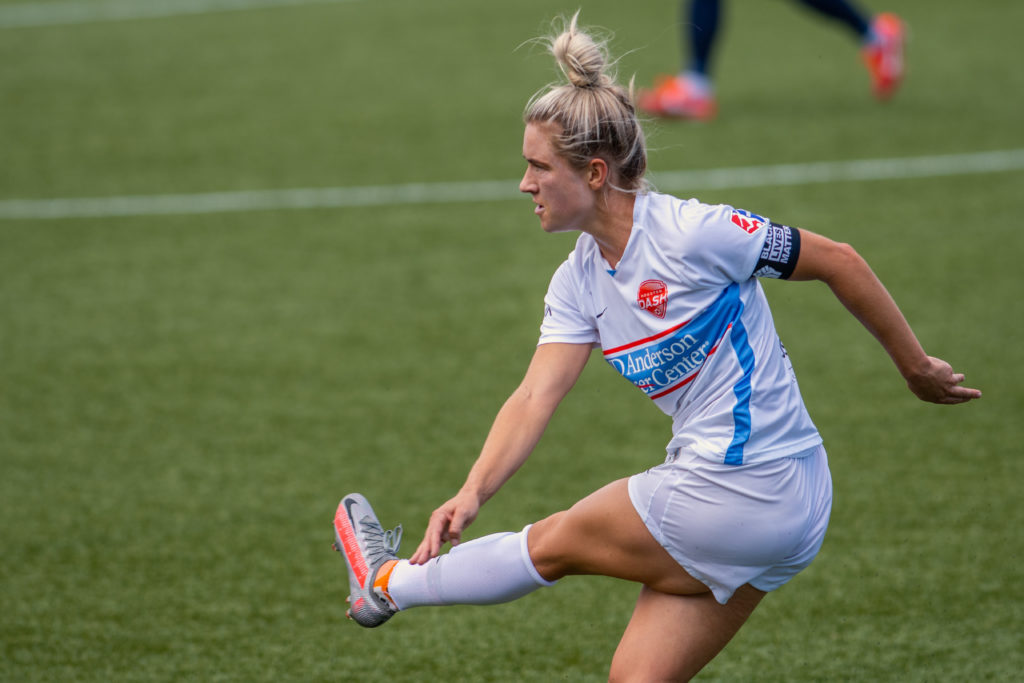 Kristie Mewis is thriving in the National Women’s Soccer League. After winning the 2020 Challenge Cup with the Houston Dash this year, Mewis entered the NWSL Fall Series wanting more. She’s been a bright spot of an otherwise gloomy year in the world, due to the current pandemic.

Mewis shined in the Dash’s 4-1 shocking victory over the North Carolina Courage, the reigning NWSL regular-season champions. Mewis scored a goal in the victory, but provided all three assists to the Dash’s other goal scorers.

The Dash didn’t enter the locker room after 90 minutes with a clean sheet, though. Lynn Williams scored on a leaping header for the visiting Courage in the 74th minute. Her goal was assisted by Texas Christian University alum Ryan Williams.

Mewis and the Dash claimed victory and will now look toward their final Fall Series match with a quick turnaround. Friday night, the Dash will head to the coast to take on the Orlando Pride at 5 p.m. EST.

Meanwhile, the Courage have one more tilt in the Fall Series, as well. North Carolina will have a longer period to rest, as the Courage will also travel to Florida on Oct. 17 for a match that will air on television through CBS.

Veronica Latsko makes it ✌️! Shea Groom gets the ball back and Kristie Mewis delivers it to Latsko for her second assist of the evening! #HOUvNC | 2-0 | #NWSL pic.twitter.com/3fBIxQTfUp

Kristie Mewis gets her goal! She had two assists already tonight but now slots one past Rowland for the third Houston tally.#HOUvNC | 3-0 | #NWSL pic.twitter.com/9XkIHNs1rM

Lynn Williams pulls one back for the Courage, who deny Jane Campbell and the Dash a clean sheet. #HOUvNC | 3-1 | #NWSL pic.twitter.com/apFrK8s3UL

The Houston Dash aren't messing around! Shea Groom finds the back of the net and Kristie Mewis records her third assist of the evening! #HOUvNC | 4-1 | #NWSL pic.twitter.com/XWJqOXW0Z0