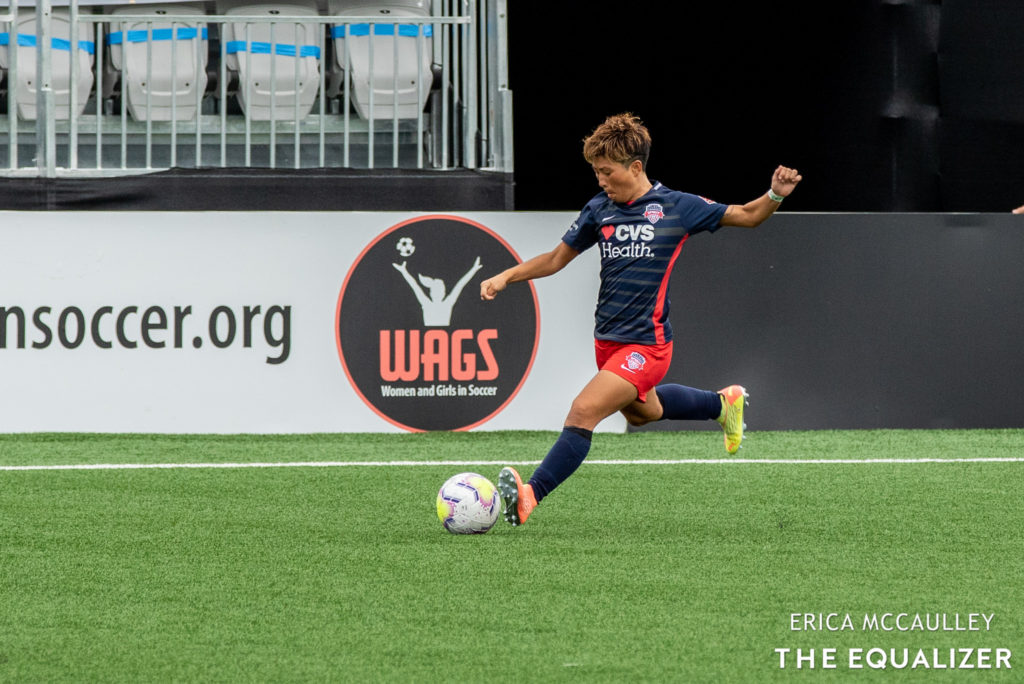 Kumi Yokyama has been patient throughout the National Women’s Soccer League competitions this year. Her patience paid off for the Washington Spirit, as she scored an absolute stunner of a goal in the 50th minute. Yokoyama created space inside the box and let her shot rip off her right foot to the low corner of the net.

She hit the post, but it didn’t matter. The ball went into the back of the net and gave the Spirit a 1-0 victory over Sky Blue FC in New Jersey.

Sky Blue had chances, with chances from Imani Dorsey and Jennifer Cudjoe, as they were the only two Sky Blue players to record shots on goal. Aubrey Bledsoe finished the match with two saves, while Kailen Sheridan four saves on Ashley Sanchez, Ashley Hatch and Yokoyama.

Sky Blue will return to action next weekend against the Chicago Red Stars on Oct. 10 at 12:30 p.m. Meanwhile, the Spirit are finished with the NWSL Fall Series, totaling two wins, one tie and one loss.

A thing of beauty from @yoko10_official 😍