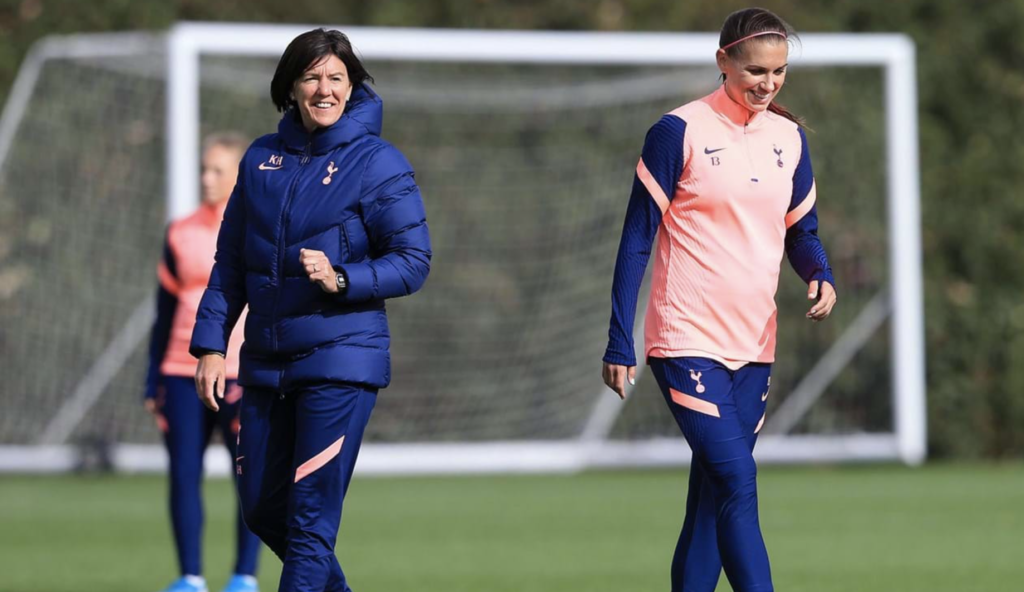 There was an idea planted in Alex Morgan’s head over a year ago; she just did not know it at the time.

Morgan and her United States teammates prepared for the 2019 World Cup at the training grounds of Tottenham Hotspur on the outskirts of London. It was a decision made by U.S. Soccer for a multitude of reasons, including the ability to seclude the team at a world-class facility, and it was part of the meticulous planning process on the march to winning a second consecutive World Cup.

Sixteen months later, Morgan signed a short-term deal with Tottenham, an impromptu decision which was forced by a variety of circumstances, chiefly the ongoing COVID-19 pandemic and lack of consistent options to play games this year in the National Women’s Soccer League. So as the Tottenham opportunity developed from idea to signed contract in a mere few days before the Sept. 10 transfer deadline, Morgan felt it was a “no-brainer” to make the surprise move to London, with her four-month old child in tow.

“There were so many factors that came into play, but I would say one of the biggest factors that came into play was honestly coming here pre-World Cup and just being able to tour the facilities at that point, last summer,” Morgan said on Friday. “I was just really impressed with the professionalism around the club; I was really impressed with the facilities. I became a fan of the men’s team at that point, and then when I started really considering joining [Spurs], just having a discussion with both Juan [Amoros] and Karen [Hills], the head coaches of the club, and seeing their passion for the growth of this club and where they’ve come and the progress that they’ve made every year, it obviously just sparked a level of excitement that made me want to be a part of something like this.”

Access the best women’s soccer coverage all year long
Start your FREE, 7-day trial of The Equalizer Extra for industry-leading reporting and insight on the USWNT, NWSL and beyond.
Subscribe
Existing Users Sign In Here
Related TopicsAlex MorganExtraFA WSLFAWSLFeaturedTottenham