After a 118-year wait, Spain’s first women’s Clásico arrives during the strangest of times 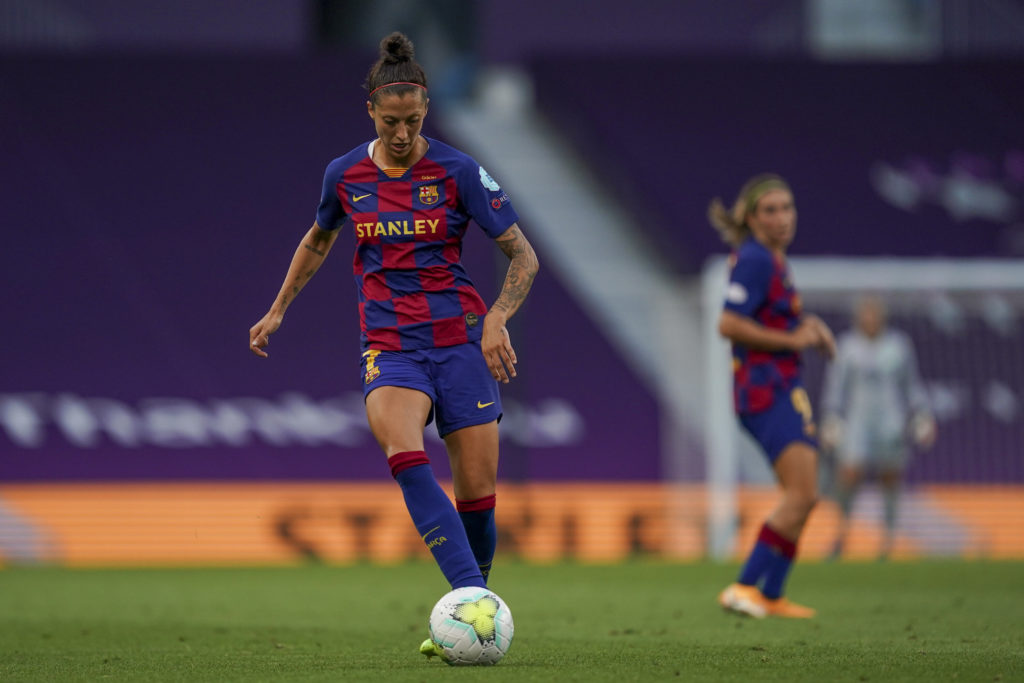 It was May 15, 1902 in Spain’s capital and, at the time, nobody in Madrid could find a word in Spanish to describe what was happening: simply, it did not exist in the dictionary yet. There were two opposite teams kicking a ball, one called Madrid Football Club, the other Football Club Barcelona. A bizarre sport with a strange English name. it would take years until the terms fútbol and balompié would take hold, but the biggest Spanish rivalry already had a birthdate.

Since that historical date, Spain watched as kings came and went, as a Republic was proclaimed and dismantled, a Civil War fought, a dictatorship endured and a democracy regained. And all the while, surfing through a century of change, a sporting relationship grew and developed nonstop, conquering the hearts and minds of Spaniards first before the rest of the globe.

The game got a nickname — El Clásico — and football legends wore the famous crests and millions of fans watched on TV as the Spanish giants battled for glory along the decades. And still, after 118 years, 243 official matches and countless memories on the pitch, a milestone was hanging still: no women’s match between Real Madrid and FC Barcelona had been played. That will change on Sunday, when the first ever women’s Clásico will take place.

The azulgranas were already waiting since their launch in 1988. It took them time to establish Barcelona as a powerhouse in the women’s game, although a sharp rise during the last five years paved the way for their first UEFA Women’s Champions League final participation last year, when they were humbled by powerhouse Lyon in a 4-1 defeat.

Despite that, Barcelona’s investment in their women’s side proved right. With the profile of the women’s game on the rise globally, Barça’s perfect timing has positioned the team on the right track in order to fight for silverware in Europe.

Meanwhile, Real Madrid had been quietly waiting in the background. With no appetite whatsoever for risky adventures, los blancos finally decided to put in place a women’s side in June 2019. After a 12-months transition period operating under a just promoted side from the Spanish capital (Tacón), 2020/21 will go down in history as the season when Real’s famous name joined women’s soccer. There will be no wait for a match against their traditional rivals on the men’s side: the Clásico is here.

There was an audible giggling at the Spanish soccer federation headquarters when the season fixtures were released. A computer was about to randomly select a full-season match calendar among 10.000 alternatives. Business as usual. And then came the bombshell. Matchday 1: Real Madrid against… FC Barcelona. After years of rumors, the women’s Clásico would wait no more.

There was only a small audience in attendance when Real and Barça men’s sides met for the first time more than a century ago, and the same will apply on Sunday. With the Spanish capital experiencing a second wave of coronavirus infections, the match will be played behind closed doors at Real Madrid’s state-of-the-art training facilities in the outskirts of Madrid. Suitably, a clash full of history and myths, heroes and villains, built around the men’s game, will get a blank slate to start writing a fresh story on the women’s side.

FC Barcelona will start the match as clear favorites after keeping intact a roster crowned Spanish champions when the 2019/20 season was called off. As shown during the summer’s Champions League knockout tournament in San Sebastián, even German champions Wolfsburg had a hard time in their semifinal victory over Barcelona. In Spain, it has been a recurring theme for a while now: how far away from the American, English and French teams is the Spanish national team, and the country’s clubs?

Angry and exhausted after that semifinal loss, Alexia Putellas, a leading star for Barcelona and Spain, summed it up: “There’s no distance anymore,” she said. The comment was probably overstated, with the interview being conducted just seconds after a painful defeat, but it showed something: there’s a newborn competitiveness among Spanish players, and they believe in what they are doing.

For Real Madrid, it will be baptism by fire. Putellas, Caroline Graham Hansen, Lieke Martens and Asisat Oshoala will want to spoil las blancas debut in their new branding. A commanding performance against Real would remind their newly arrived rivals about the current hierarchy in Spain’s Primera Iberdrola… and would be a great gift for their fans, too.

With that in mind, the Real team led by Kosovare Asllani and Sofia Jakobsson will have no choice but to contain Barcelona’s attacks. Their main task will be surviving, and that could be seen as a moral victory when taking into account it will be the team’s first ever official match under the Real name. It’s unclear how competitive this Real Madrid will be, but with the likes of Spanish young prospects Maite Oroz, Teresa Abelleira and Olga Carmona as part of the roster, the overall learning curve for the team should eventually deliver joy to the numerous madridistas around the world.

When the match kicks off on Sunday, history will be made. Eleven pristine white shirts versus eleven smart blue and red shirts: a familiar sight for any soccer fan, and a new beginning for one of the oldest rivalries in the world.

WoSo Around the World: Frankfurt fall off the pace in Germany
FAWSL Week 3 round-up: Press and Heath debut, Mewis scores