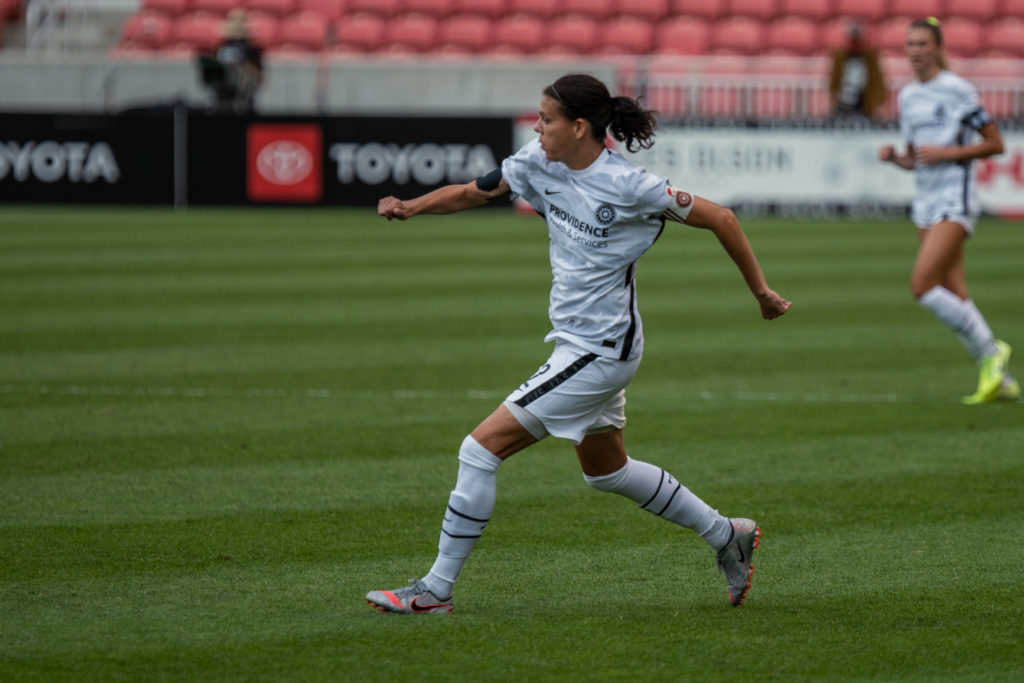 For the first time in the history of the National Women’s Soccer League, two players from the nation of Costa Rica have faced off against each other. There was a chance for history to happen at the Challenge Cup. However, Shirley Cruz sat on the bench for that match.

This time, Cruz took to the pitch against the Portland Thorns in a 4-1 loss for OL Reign. On the other side, her national team teammate Raquel Rodriguez scored a banger of a goal in the 57th goal. Simone Charley sent in a cross and Rodriguez hit it on the first touch, on a volley in the air.

However, despite the final score tally, it was a special moment for two Costa Rican players. Cruz, a veteran and legend of Costa Rica, and her younger teammate Rodriguez, who is becoming the “face of the franchise” for the Costa Rican women’s national team.

A hug for history. @ShirleyCruzCR and @raque_rocky were the first-ever Costa Rican WNT players to face off in an @NWSL match tonight. Rodriguez' side took the win, but a great game by both players! 🇨🇷🇨🇷 pic.twitter.com/xmZWmO7xVZ

Concacaf was widely represented in the box score, too, as Christine Sinclair of Canada scored a hat trick. Two of her three goals came in the first half of play, toward the end of the half. That gave Portland a two-goal lead heading into the locker room for halftime.

Then, early in the second half, Rodriguez scored her stellar goal.

The Reign were able to get one back, with Bethany Balcer scoring off a header in the 70th minute. Cruz beat out rookie Sophia Smith on the right side flank and was able to get a cross into the box. Balcer leapt in the air and was able to send her header past Britt Eckerstrom.

In goal, both goalkeepers were fairly busy. Eckerstrom made seven saves, with three coming against Jasmyne Spencer. Meanwhile, on the other end, Michelle Betos made four saves.

See the goals from Portland vs. Reign

Christine Sinclair with a laser off an assist from Lindsey Horan. Thorns take the lead at home over their Cascadia rival. #PORvRGN | 1-0 | #NWSL pic.twitter.com/eDmezJwe2M

Simone Charley draws the PK, but it's Christine Sinclair that puts it away past Michelle Betos. #PORvRGN | 2-0 | #NWSL pic.twitter.com/v2ihJ3WVVN

Reign have a long way to go to equalize, but a goal from Bethany Balcer is a good place to start! Shirley Cruz with the assist. #PORvRGN | 3-1 | #NWSL pic.twitter.com/Y6ZB9i2vFb