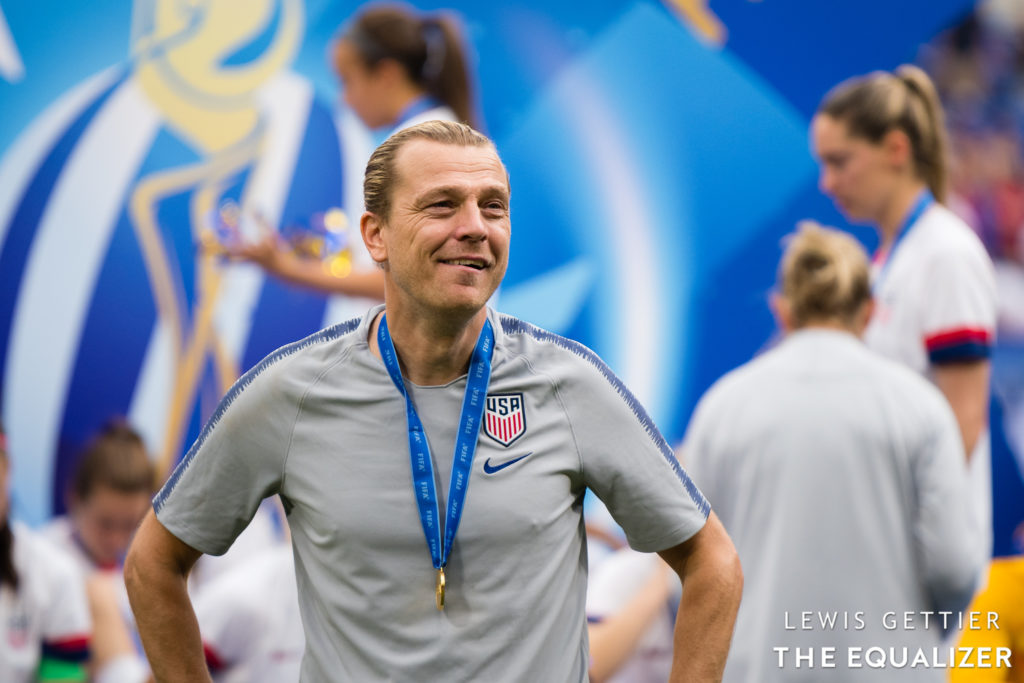 Gustavsson was on Pia Sundhage’s staff for the U.S.’ 2012 Olympic gold medal triumph. He was a finalist for the U.S. head coach job in 2014, following the abrupt dismissal of Tom Sermanni (former Australia coach and current New Zealand coach) but Jill Ellis won the job. Gustavsson joined Ellis’ staff and was her assistant coach for the 2015 and 2019 World Cup triumphs.

FFA CEO James Johnson cited Gustavsson’s successful history at the international level as a major factor in the hire.

“Throughout the process it was evident that Tony is eager to buy in to what we are working to build with the Westfield Matildas – an uniquely Australian team with a strong identity that is recognized as world class both on and off the pitch,” he said in a press release. “We want to elevate our Westfield Matildas even further as a unifying symbol of the game to inspire all Australians, young and old. We believe that the combination of Tony’s persona and his experience make him the right person to help us do this. Importantly, Tony has also demonstrated a strong desire to positively influence the broader Australian football landscape by working closely with elite Australian coaches including Mel Andreatta, Rae Dower, and Leah Blayney to enhance their skillsets and help bring the next generation of female players through the development pathway over the crucial four year period ahead.”

Kickin’ Back with Jill Ellis

Gustavsson emerged following loose rumors over the past couple months of high-profile names, including Ellis. Previous reports suggested that Ellis and outgoing England coach Phil Neville were among the FFA’s targets, along with Sarina Wiegman, the current Dutch coach who will replace Neville as England coach in 2021. Recent reports suggested that former Italian international Carolina Morace, who previously coached Italy and Canada, was the other finalist.

“I have always said that the Matildas have the potential to be one of the best teams in the world and that is one of the reasons that I wanted to get on board with this job,” Gustavsson said in a press release. “I have been in the pressure cooker a lot of times and in environments that demand success. These experiences will be beneficial as we do this together with the fans, the stakeholders, the players, and the staff as a team.”

Gustavsson is currently employed as first-team coach with Swedish Allsvenskan club Hammarby IF until the end of 2020. Subject to COVID-19, Gustavsson will oversee a proposed Westfield Matildas camp in Europe in November 2020, but his contract with Australia will officially being on Jan. 1, 2021.

Gustavsson was also the head coach of the now defunct Swedish club Tyresö FF, which made it to the UEFA Women’s Champions League final in 2014 with a stacked roster that included Marta, Caroline Seger, Vero Boquete and Christen Press. Gustavsson has 21 years of coaching experience on the men’s and women’s side, following his 15-year playing career.

He was introduced virtually on Tuesday at the Australia House in London.

Want exclusive features, breaking news and expert analysis all year long? Start your FREE 7-day trial of The Equalizer Extra NOW and join our growing community. You’ll get exclusive content like this delivered straight to your inbox:

Utah Royals and OL Reign play to wild 2-2 draw
WoSo Around the World: Frankfurt fall off the pace in Germany