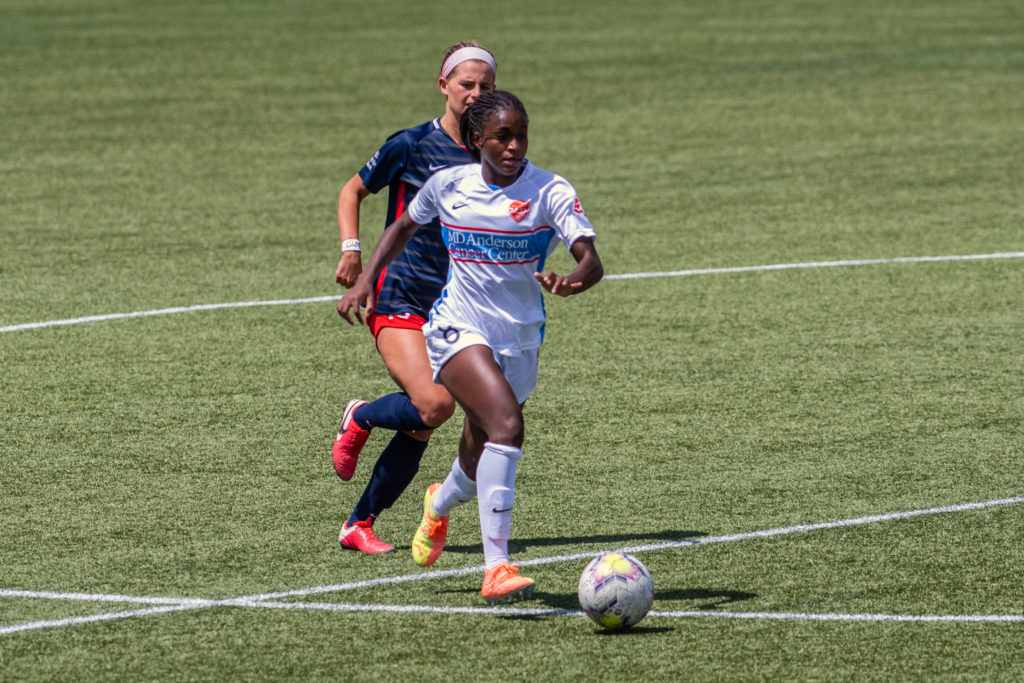 The Houston Dash continue to build off the hype of the NWSL Challenge Cup. After opening up the NWSL Fall Series with a 4-3 loss to the North Carolina Courage — that was thrilling due to the seven combined goals in the match — the Houston Dash bounced back with a 3-1 victory over the Orlando Pride.

Orlando was without the services of Kristen Edmonds and Sydney Leroux. Both players decided to opt out of the match, due to the recent positive COVID-19 test on the Dash squad.

I made the decision not to travel to Houston with my team for the game tonight. The health and safety of my family will always be my priority and I didn’t feel comfortable with recent events and the timeline of their positive test.

Unfortunately, I've had to make the difficutl decision to not travel to Houston with my team for tonights game. Personally, I was not comfortable with the travel arrangements as well as the timeframe of recent events. Good luck to my teammates and bring home that W! pic.twitter.com/lH70JwgQMC

However, despite the positive test, the match went on. Houston got the last laugh, recording a 3-1 victory with goals from Nichelle Prince, Sophie Schmidt and Shea Groom. Meanwhile, the Pride had their first goal of 2020 scored by Marisa Viggiano, off an assist from short-term contract player Chelsee Washington.

Houston was the dominant force at BBVA Stadium, forcing 11 shots on goal at Pride goalkeeper Ashlyn Harris. The U.S. women’s national team goalkeeper finished the evening with seven saves. Meanwhile, Jane Campbell was less busy on the other end of the pitch, making one save on forward Abby Elinsky.

The Pride are still looking for their first win of 2020. Orlando did not compete in the Challenge Cup, and recorded a scoreless draw with the North Carolina Courage in their opening Fall Series match.

Orlando will have a chance to extract revenge against the Dash in two weeks, at Osceola County Stadium on Oct. 9.

Meanwhile, the Dash have a quick turnaround to face the Courage next Sunday at BBVA Compass Stadium. The match will air on Twitch and begins at 7 p.m. EST.

Marisa Viggiano sneaks one in near post to bring the Pride level! 🤩

Sophie Schmidt gives Houston their second goal of the match! 🔥🍁